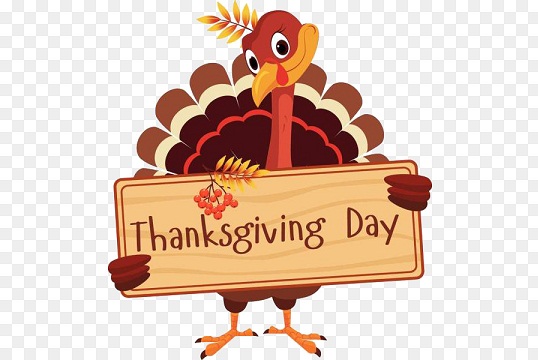 American Indians, Native people, Native Americans – somehow Thanksgiving is one of the times in the year when I hear the word ‘Indian’ most often (unless casinos or a sports team are in the news).

Which is no doubt why November is Native American Heritage Month.  Though I can’t say I’ve seen any mainstream (ie, not on a blog) PR for that this year.  Have you?  Maybe it’s just me…

Or have you wondered about the truth behind the myths of Thanksgiving?  If you know about all that, ever wish you had an alternative curriculum for your local school teachers?

Or would you just like some conversation pieces for the family dinner on Thursday?  Or a fry bread recipe?

I learned about the American Indian Movement as a child in the 70s.  If you have no clue who they were and are, you could start with the 1972 Trail of Broken Treaties.

My father worked with members of AIM, some of whom came to dinner and invited us to a couple of pow-wows.  At my progressive elementary school our teachers taught us a little about what really happened to the Indians in Minnesota, and invited a Lakhota speaker to visit our class.  She brought one of the 5th graders up to the front and by talking to him warmly and unintelligibly in her language, got him to agree to sell her back the state, with a handshake.

But I think the most visible Indian I knew (other than the possibly ersatz anti-littering one in the ad), was Buffy Sainte-Marie, singer, and still very current activist.  Her songs are powerful, and sadly, as with too many anti-war songs from the Vietnam era, not particularly dated.

Her music was blacklisted by LBJ, but is still very much available, and known around the world.  And the royalties she earns go a lot farther than her personal bank account.

She became a singer after getting her PhD.  She had expected to eventually become a teacher on a reservation, but took a break to try the coffeehouse folksinger circuit.  With the fortune she made from her music career, she founded The Nihewan Foundation for Native American Education, and later, the Cradleboard Teaching Project , both of which are very active now.

I also remember her from Sesame Street (some good pictures).  I recently read this:

During the five years that Buffy Sainte-Marie spent as a semi-regular on “Sesame Street”, it was always her hope to convey in the Native American episodes one message above all: Indians Exist. We are alive and real, and we have fun and friends and families and a whole lot to contribute to the rest of the world through our reality.

But as I grew up, I learned that most people I met had some ideas about American Indians but often little knowledge of Native history in this country, or if they had that, they often knew little to nothing about what is actually happening now, both the good and the bad (beyond casinos of course).  And in recent years, I had fallen completely out of touch myself.  It’s easy to do if you don’t actually know any Indians well, even if you’re interested. You won’t see that news on TV, or even hear it on NPR very often.  They still seem to be a minority among minorities, just under 3 million according to the 2003 census data.

So, I thought I’d write up a quick list of resources for this November and Thanksgiving.  Let me know what glaring gaps you see in the list, I’m looking to know more myself.

To begin with, I found this Thanksgiving curriculum, called Teaching About Thanksgiving on a site full of other good documents and resources called EWebTribe. The curriculum is for children, but I wish everyone would read at least the introduction (by a Native historian and school teacher), and pass it on to any teachers you know. Recipes, a craft, and other ideas for teaching are included.

There is a museum in Plymouth, Massachusetts, called Plimoth Plantation  They publish a beautiful book that corrects the myths of the “Pilgrim” settlers and Thanksgiving, and they also have this Thanksgiving FAQ on their website.  I’m taking my kids there in a few years when they’re both old enough to grasp it all.

To learn more about current events, here’s some places you can start – there’s so much out there, I’m scratching the surface, but I’m hoping there will be additions in the comments!  My time is limited and constantly interrupted…

To begin with, there are 562 federally acknowledged tribal entities, not including Alaska natives (who have their own list of over 300, also available through that link).

Tribal entities have the right to form their own governments, to tax, to enforce criminal and civil laws, to establish membership, license and regulate activities, zone, and exclude persons from tribal territories.  Though those rights have been stepped on with great regularity.  The limitations on their power include the limitations placed on states (no independent foreign relations, currency, wars, etc).

If you haven’t already seen it, visit Native American Netroots!  navajo started that one, a great place to start, and it seems to be the best place to find interested Kossacks, though JammerML suggested not long ago that a RedKos diary series be started on DailyKos – does anyone know if this has been taken up since then?

Indian Country Today bills itself as The Nations’ Leading American Indian News Source (and yes, that apostrophe placement is intentional).

Here’s a list of links to Tribal websites – who is closest to you?

The Bureau of Indian Affairs – our tax dollars at work…

A few years ago there was a PBS special that profiled four Lakota families, and life on the Pine Ridge reservation.  It’s titled Homeland and the website is still up with a lot of material from the show, pictures of the families on the reservation, and even a frybread recipe  (with additional instructions for making it into “Indian tacos” – I’ve also had it with powdered sugar, maple syrup, and straight as a side bread).

For the “Electing Democrats” angle – how do Native Americans vote?  Here’s a report from the 2004 election.

For more data and demographics, here’s the
American Indian and Alaska Native (AIAN) Data and Links website from the Census Bureau.  They’re here all right.  Check out the data for your state.

Offline, here’s a couple of books for you if you don’t know much about Native history in this country:
Bury My Heart At Wounded Knee by Dee Brown is the classic. And once you’ve read that, follow it up with:

What got me going on all of this again was, of course, Norman Bier’s original diary on Pretty Bird Woman House last spring, which got me involved, trying to find ways to support the shelter.  I’ve been delighted to see so many Kossacks stepping up with more and more offers of help, donations, and the publicity.  It sounds like the Amnesty International event on Nov. 15th was a great success and even more is likely to come of that – the shelter may be able to buy that house across from the police station soon!  If you want to help, just go on over to the ChipIn (or send your rich auntie).

But also, take a look at some of what has already been accomplished. Sacred Circle, is a national resource center located on the incredibly poor Pine Ridge reservation is the model and center for the work that is being done to end violence against Native women.

However there is no doubt at all that they need all the help they can get!

So, this November, do some reading, learn about the issues, find out what you can do, and take some positive action of your own.  Give something back to the Indians.

And never forget to be thankful for all you have, and all we have in this irreplaceable beautiful land we live in, together.

Here’s to a better future for all Americans.