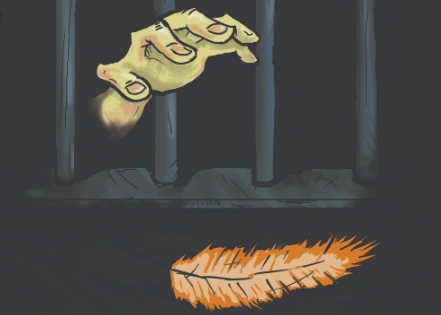 The First Nations of Canada had law, and therefore a justice system, long before the arrival of the French and British. With the imposition of British rule, however, the First Nations have had a foreign, and very different, justice system superimposed on them. At the present time, there are really three different kinds of justice systems operating among the First Nations of Canada: the European system which is alien to the traditional cultures, traditional systems which operate to hear certain kinds of cases, and a blended system which is based on the European justice model, but which is empathetic to aboriginal culture. This diary will focus on a case study of the blended system.

We didn’t do anything to them. We counselled them instead.

What follows below is from an actual case. It is described in more detail in Returning to the Teachings by Rupert Ross.

The Cree First Nation in northwestern Ontario is remote. There is no court building, or even courtroom. There are no resident judges, Crown Attorneys, or Duty Counsels (a kind of public defender). These are flown in for the trials. The court is set up in a local school.

The courtroom is arranged to reduce the adversarial nature of the process: the tables are arranged in a circle. Instead of having the accused sit opposite from the Crown and the police, they are spread around the room. The circle is a mixture of police, the accused, translators, probation officers, and anyone else who might contribute to the case. People tend to feel better when they come together as equals in an attempt to find solutions.

Among those present are three Cree women from the Police Committee. The Police Committee, composed of six men and six women, had been working with each of the people charged and had prepared detailed recommendations for each case. They bring with them an infant in a cradle board who is one the table in front of them during the proceedings. It is normal for children, including infants, to be present at Native events. Within the aboriginal justice system, the infant serves as a reminder that the people have come together to make life better for the next generation.

The case involved assault: a man in his twenties had assaulted his wife. In urban Canada, it is generally agreed that by the time a woman reports an assault by her partner it is about the thirty-fifth time he has assaulted her. The man pled guilty.

The three Cree women then made their suggestions. First, they recommended that the man go through a thirty-day alcohol treatment program in the distant city of Thunder Bay. They felt, however, that drinking was just a surface problem and could not be solved on its own. They commented on the lack of communication between the man and his wife and recommended that both attend a series of three-day workshops on family violence and family communication.

In addition, the women continued, the children in the home had witnessed the violence. Without help, the children would grow up to repeat their father’s behavior themselves. Therefore, the women suggested that the entire family attend a month-long family healing program which was available in another community.

This case provides a good illustration of how aboriginal concepts of justice can be integrated into the Canadian legal system.