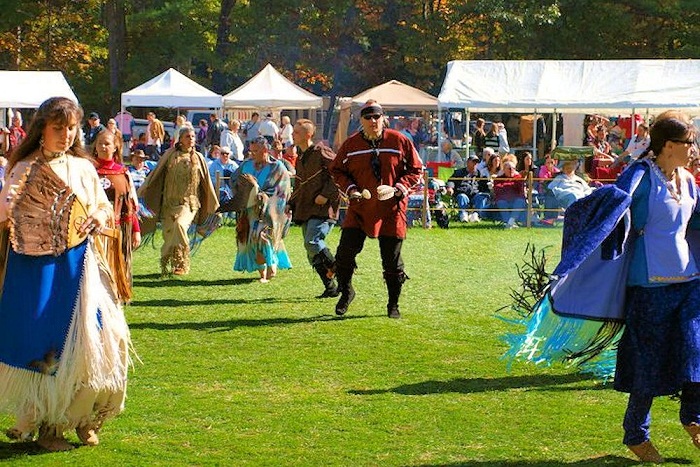 I just wanted to share my experiences with Abenaki culture and go into depth on who the Abenakis are, etc.

I first found out that I had Abenaki blood when I was 15 years old. Dad took me down to the Tribal Affairs office to get my tribal card. I’ve been a member of the Missisquoi Abenaki Nation, St.Francis-Sokoki band since that day.

But first, who are the Abenaki? We were considered the original inhabitants of what now makes up the state of Vermont. We are the People of the Dawn.

I don’t want this blog to be a history lesson but I will be glad to link to an excellent resource for those who would like to learn more about the Abenakis. I know Wikipedia is not always reliable but it is basic enough and I can confirm that it’s reliable based on my knowledge of Abenaki history: http://en.wikipedia.org/wiki/A…

While we were recognized by the state of Vermont as a PEOPLE and not a tribe in 2006, we are still fighting for federal recognition.

However, I am conflicted in many ways. In some way, I truly want to embrace the culture of my ancestors.

On another hand, I am disgusted at what passes for tribal leadership nowadays. I feel that there needs to be a stronger voice if the Missisquoi band of Abenakis are to attain federal recognition one day. I personally want to be involved in bringing about change and replacing the corrupt tribal leadership.

But, politics aside, I am proud of my heritage. I have a lot of respect for my mother because even though she kept my heritage from me for many years, once I finally became involved in Abenaki culture (mainly through pow-wows and friends), I never really looked back.

Politics will always play a part in the struggle of the Missisquoi Abenakis. We have dealt with the State of Vermont and their disrespect for Abenakis for far too long.

Who knows what the future holds? All I know is that I am hoping for the day that the tribe will once again rise and the corrupt leaders will realize the error of their ways. We are already quite a progressive tribe but we lack unity due to the divisions between many Abenaki families.

Consider this my introduction.