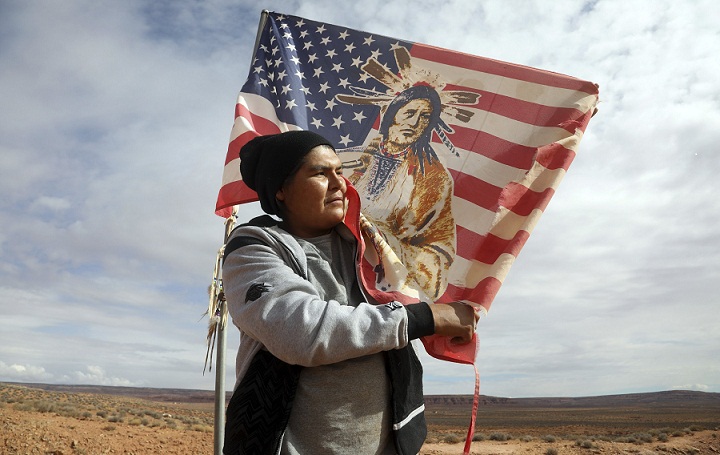 Arizona has a checkered history when it comes to American Indians in the electoral process. From the time Indians were granted citizenship in 1924 and until after World War II, Arizona took the position that Indians were “wards of the government” and therefore “under guardianship.” Under the state’s constitution, and persons “under guardianship” were prohibited from voting.

In 1944, Arizona Attorney General’s office ruled that Indians who were living outside the reservation and who were subject to state laws and state taxation were not eligible to vote. In 1948, however, Frank Harrison and Harry Austin, both Mohave-Apache at the Fort McDowell Indian Reservation, attempted to register to vote and were not allowed to register. In Harrison v. Laveen the Arizona Supreme Court agreed with the plaintiffs that their Arizona and United States constitutional rights had been violated. With this decision, Indians were granted the right to vote in the state.

Having the right to vote is only one part of the picture in politics. Getting Indian candidates elected is the other. In 2010, Arizonans have the opportunity to elect an American Indian as the Secretary of State (second in line to the governor). Freshman lawmaker Chris Deschene (Navajo) has won the Democratic nomination for the office. In the general election Dechene will face Republican Ken Bennett who assumed the position when Jan Brewer was elevated to governor.

During his campaign for the Arizona House of Representatives, Chris faced a challenge to his nominating petitions that sought to take advantage of contradictions within Arizona’s election laws in order to disenfranchise rural PO Box voters by taking away their right to select and nominate their own candidates. The Secretary of State had the jurisdiction to step in and provide a solution for the discrepancy, but chose not to get involved. Chris didn’t hesitate to take the fight to court and won, protecting the rights of rural voters to participate and nominate their own candidates, regardless of their PO Box addresses.

American Indians in Arizona, and in many other western states, still face a battle in getting their votes to count and Indian candidates usually face an uphill battle to get elected. The Indigenous Democratic Network, INDN’s List, is the only grassroots political organization devoted to recruiting and electing American Indian candidates and mobilizing the Indian Vote throughout America on behalf of those candidates. INDN’s list has endorsed Deschene.