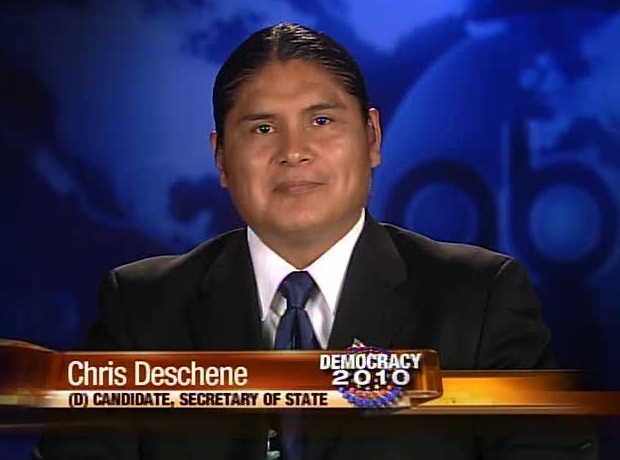 For the first time in Arizona history, an American Indian candidate has become a major party nominee for statewide office!  INDN’s List endorsed candidate Chris Deschene, a Navajo and former member of the United Steelworkers, won the Democratic Party’s nomination for Secretary of State in a hotly contested race where he was outspent by over $30,000.

Now Chris moves on to the November 2nd General Election where he faces Ken Bennett, who was appointed to the office in 2009.  If Chris wins in November, he will become the first Indian to serve statewide in Arizona.  Furthermore, in Arizona, the Secretary of State is the state’s second highest executive officer.  Since 1977, Arizona’s Secretary of State moved on to become Governor four times.  Thus, Chris Deschene will be perfectly poised to become the country’s only sitting American Indian Governor!

Chris needs our help to win in November!  Please make a contribution now to help us support Chris in this historic race!

Chris Deschene is living proof that the INDN’s List system of recruiting, training, funding and providing strategic guidance to Indian candidates works!  He attended our “From the Table to the Ticket” training in 2006 where he impressed all of our staff as well as Congressman Mike Honda (D-CA), the Vice Chair of the DNC, who is also supporting Chris.  He won election to the State House in 2008 and is now the Arizona Democratic Party’s first statewide American Indian nominee.