Congress passed legislation in 1924 which gave all American Indians citizenship. While citizenship should imply the right to vote, the states often imposed barriers to allowing Indians to vote. In some instances they ignored-or simply pled ignorance of-the fact that Indians were citizens.

A combination of factors-restricting voter registration, gerrymandering, discouraging Indians from voting (including intimidation)-make it difficult for Indians to get elected to public office. At the present time there are Indian running in several states. The diary below mentions a few of them. 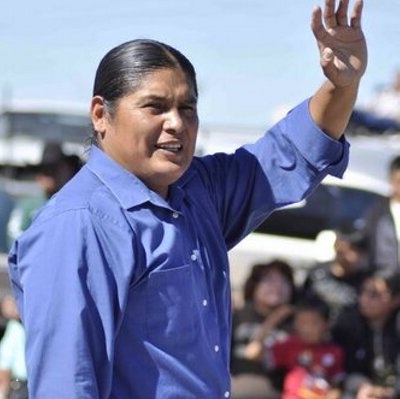 Freshman lawmaker Chris Deschene (Navajo) has won the Democratic nomination for the office. In the general election Dechene will face Republican Ken Bennett who assumed the position when Jan Brewer was elevated to governor.

Jeff Jones (Osage) is running for District Attorney against a right wing State House member. None of Oklahoma’s 27 District Attorneys at the present time are tribal members. Jones was a member of the Teamsters Union. He got his law degree by going to law school at night.

Steve Burrage (Choctaw) was appointed State Auditor and Inspector in July 2008 and is now running for election. In accepting the appointment, he said, “I want the State Auditor’s Office to be the best auditing firm in Oklahoma.” He immediately set work to accomplish this benchmark. Steve has conducted audits that have prosecuted felons and saved the state of Oklahoma hundreds of thousands of dollars.

Maya Torralba (Kiowa) is challenging an incumbent Republican in District 56. A champion of progressive causes, she completed the 2007 INDN Campaign Camp.

Ken Luttrell (Cherokee) represents one of the most Republican districts in Oklahoma currently held by a Democrat. Republicans are committed to defeating him. Luttrell is a former member of the Communications Workers of America Union and serves on the National Caucus of Native American State Legislators.

Cory Williams (Cherokee) was elected to the state legislature (District 34) by 63 votes in 2008. He is currently running for reelection in one of the toughest State House races in Oklahoma. Republicans  used smear tactics and dirty tricks to try to beat him two years ago in one of the nastiest races in Oklahoma and they are will stop at nothing to try to defeat this progressive champion in November.

In 2000, John Oceguera was elected to the Nevada State Legislature as Assemblyman for District 16 in Southeast Las Vegas. The voters in District 16 have returned John to office every two years since that time. At the present time, John Oceguera is on track to become the next speaker of the house. He is being challenged by a republican and needs our support. He has been endorsed by INDN’s list.

The top law enforcement person in the state is the Attorney General, an elective position. At the present time an enrolled member of the Standing Rock Sioux Tribe, Ron Volesky, is running for this office.