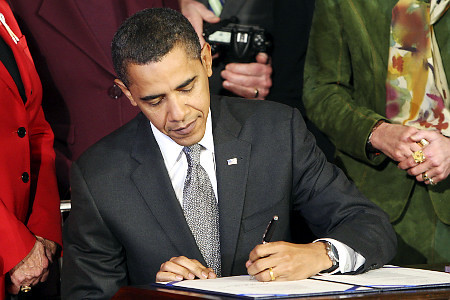 If link is still down see here

The Consolidated Indigenous Shadow Report mentions “Racially Discriminatory Constitutional Foundations” and  “The Denial of Human Rights and Fundamental Freedoms in the Political, Economic, Social, Cultural, or any Other Field of Public Life.” I have found a couple videos that I think will clarify those two things in order. The first is from a clip from a movie entitled “Broken Treaties,” and the second is a movie trailer entitled “Broken Promises: Indian Trust.”

I suggest reading this prior to watching the first video to get a grasp on “Racially Discriminatory Constitutional Foundations.” As for the next part, it will become more and more apparent how over 500,000 American Indians losing billions of dollars through “the annual willingness of Congress and the president to provide sufficient funds” is “The Denial of Human Rights and Fundamental Freedoms in the Political, Economic, Social, Cultural, or any Other Field of Public Life.” It’s the willingness to be unwilling regardless of the consequences to others that has been part of the problem since the period of Allotment (and before, but not mentioned here) to the present.

If YouTube is still down, please just read this.

The willingness to be unwilling of the president and congress to do the right thing is a theme that seems to permeate “The Denial of Human Rights and Fundamental Freedoms in the Political, Economic, Social, Cultural, or any Other Field of Public Life,” as it relates to the broken promises of the Indian Trust.

“…promises made to American Indians and Alaskan Natives through the Constitution, statutes, case law, and treaties have been subject to the annual willingness of Congress and the president to provide sufficient funds…”

Here is the movie trailer for “Broken Promises: Indian Trust.”

Over 500,000 Indians have had their assets mismanaged. They lost billions of dollars. Our only role was to suffer the consequences of their mistakes…Here’s what I got, $89. $6,000 of the oil taken out of there, and I get 89 bucks?

The “annual willingness of Congress and the president” to do the right thing now is still lacking,

In the last budget of his administration, President Bush on Monday announced a cut of nearly $100 million to the Bureau of Indian Affairs.

and they were willing to be unwilling with the white paper that kept the Indian Health Care Improvement Act from passing. That white paper landed in the hands of the Republican Steering Committee in 2006.

Just who was responsible for the “white paper” that derailed the Indian Health Care Improvement Act?

First, there’s the official answer. “I was told that no one in the Department of Justice released it,” Frederick Breckner III, a deputy assistant general, said last week.

Then, there’s the unofficial one. “The evidence is that the Department of Justice put out a white paper to kill this bill,” said Sen. Byron Dorgan (D-North Dakota), the chairman of the Senate Indian Affairs Committee.

And the Republican Steering Committee has some interesting faces:

Manifest Destiny being alive and operating is a moot point now. That is the flashlight; here is the laser beam: the Senate Republican Steering Committee.

The Senate Republican Steering Committee has put secret holds on everything from Indian health care to methamphetamine funding to amendments to the Adam Walsh Act. NCAI President Joe Garcia tribes are shocked by the obstructionism.

The Senate Republican Steering Committee is composed of some of the most conservative Republicans. The group is led by Sen. James DeMint (R-South Carolina) and its members include Sens. John Kyl (R-Arizona), John Cornyn (R-Texas) and Jeff Sessions (R-Alabama).

I’m afraid there’s nothing new or original about the president’s and the congress’s willingness to be unwilling. It was part of preventing there now being 51 states.

“The Dawes Commission: And the Allotment of the Five Civilized Tribes” by Kent Carter. p. 155.

Not all of the non – citizens were welcome. Although the federal government insisted that it was committed to removing intruders, it was clear that many uninvited guests stayed on the land because no one had the power or the will to remove them.

No 51 states, no Indian Trust or Healthcare; sounds about right unless thepossible apology to American Indians yields Indian Healthcare. We’ll see if it’ll be an apology, or yet more willingness to be unwilling. I’ll leave it up to you to draw your own conclusions.

The Indian apology resolution in the Senate bill is careful to state that it is not meant to authorize or support any claim against the U.S. government or serve as a settlement of any claim.