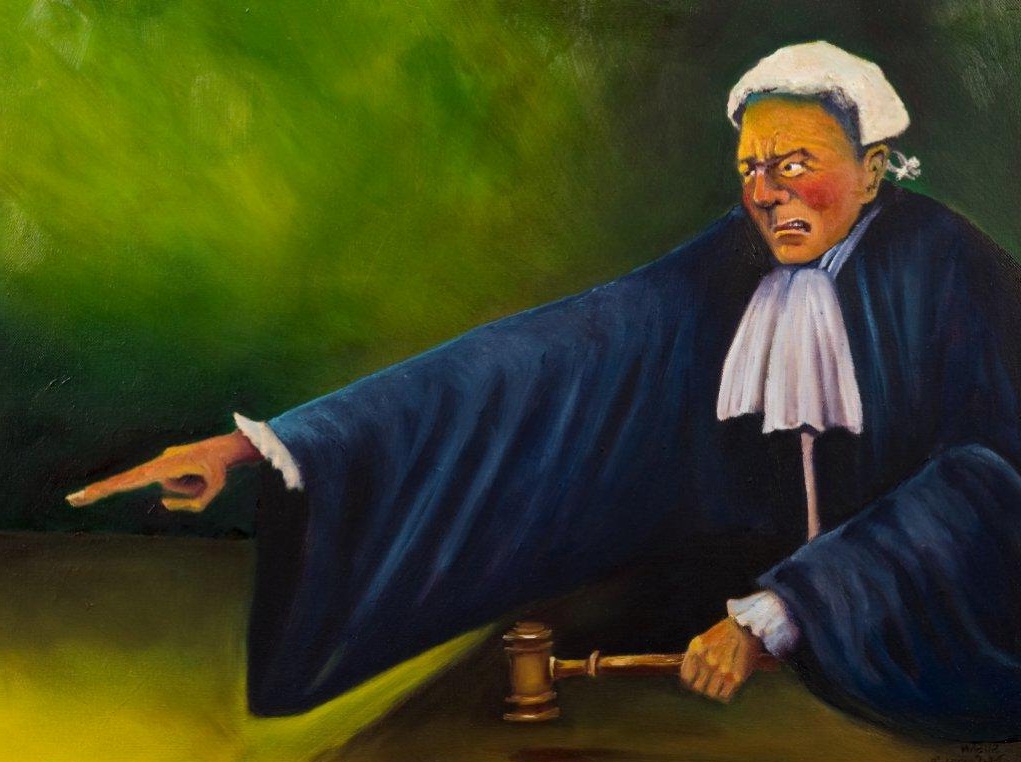 When one person kills another, it is often considered to be murder and certain legal sanctions can be brought against the killer. On the other hand, when an individual is killed on behalf of the government it is considered an execution and there are no legal sanctions against it. Indian nations had governments and laws long before the arrival of Europeans in North America. With the formation of the United States, there were at times conflicts between the traditional Indian law and that of the states. Part of this conflict was about jurisdiction: should murderers be punished under state law or tribal law.

In 1801, George Peters, a member of the Brothertown tribe (a group of “praying” or Christian Indians who had moved to New York from New England), killed his wife with a club. He was arrested, tried, and convicted in state court. His conviction was appealed on the grounds of tribal sovereignty: the case should have been adjudicated at the tribal level rather than in state court. The State Supreme Court ruled narrowly that the state had murder jurisdiction over the Brothertown Indians because they were an especially small, weak, and vulnerable people unable to defend their autonomy. In other words, the state did not recognize the sovereignty of small groups of Indians.  The following year George Peters was hung, becoming the first Indian executed by the State of New York.

In 1802, a Seneca known as Stiff-Armed George got into a drunken fracas outside of a tavern. He was beaten and pursued, but then pulled a knife and stabbed two non-Indian men, one fatally. Reluctantly, the Seneca chiefs surrendered him to state authorities. According to Seneca leader Red Jacket:

Red Jacket then presented the state’s governor with a copy of the Treaty of Canandaigua which clearly placed the case in federal jurisdiction. However, the governor wanted to prove state jurisdiction over all of the Indians in New York and the federal government declined to intervene.

The following year, Stiff-Armed George was found guilty of murder in a state court. The jurors, fearing that execution might lead the Seneca to seek revenge, recommended that George be pardoned. The governor suspended the sentence and recommended to the state legislature that George be pardoned. The legislature pardoned Stiff-Armed George provided that he leave the state and not return.

One of the crimes under traditional Iroquois law is that of witchcraft: using supernatural forces to cause harm to another person. The traditional punishment for witchcraft was death. In 1821, the Seneca tribal council convicted Kauquatou of sorcery. Acting on behalf of the tribal council Chief Tommy-Jemmy cut her throat. In response, the state of New York prosecuted Tommy-Jemmy for murder. Red Jacket and Tommy-Jemmy’s court-appointed attorneys argued that the death of Kauquatou was not murder under New York law because it was a legal execution under Seneca law, on Seneca land, by the sovereign Seneca people. The circuit court referred the case to the New York State Supreme Court which noted that no law extends state murder jurisdiction over the Iroquois.

In 1822, the state legislature in response to the murder trial of Seneca chief Tommy-Jemmy passed legislation giving the state sole and exclusive jurisdiction over murders committed within its boundaries. Tommy-Jemmy escaped execution because the new law could not be applied retrospectively to his killing Kauquatou.

While the federal government was not involved in the early nineteenth century New York cases described above, by the end of the century the Supreme Court ruled that state criminal law did not extend over reservations. As a result, Congress passed the Indian Crimes Act which made murder on a reservation a federal offense.