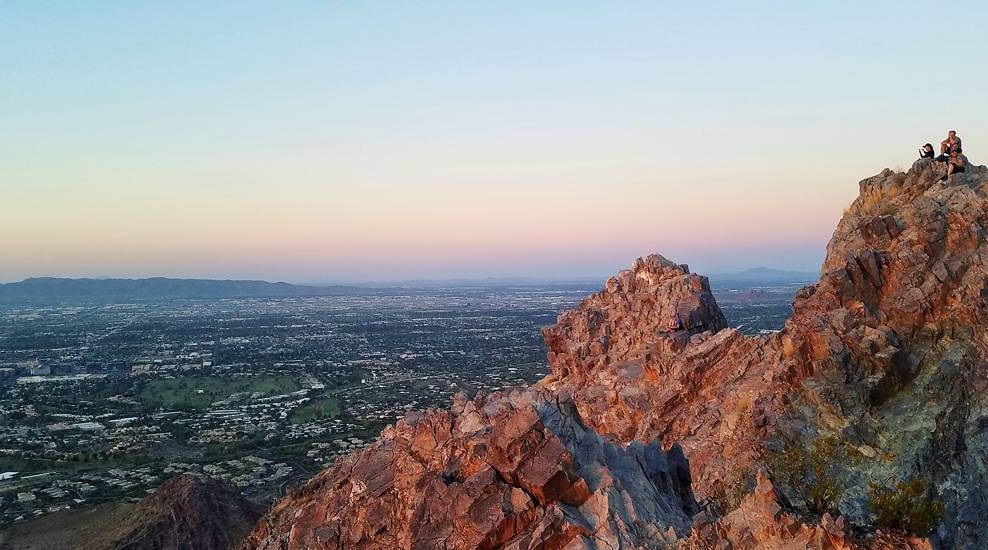 I received this email from a friend of a friend concerning the official renaming of Squaw Peak in Phoenix to Piestewa Peak .

We have just received word that the U.S. Board on Geographic Names will decide on April 10 whether to keep the derogatory name Squaw Peak , change it to Swilling Peak , or change it to Piestewa Peak .  Up to now the name Piestewa Peak has been official only at the state level because the National Board will not act on changes until five years after a person has died.

The letter asks for the City of Phoenix ‘s response because “evidence of local use and acceptance is critical to the Board’s deliberations.”  It further states that “since April 2 our (US Board) office has received numerous letters and emails from numerous Phoenix residents, 30 of whom support the change to Piestwea Peak and approximately 75 oppose it.”  Furthermore, “Many who oppose it (Piestewa) claim Squaw Peak is a well established historic name that was never intended to us used as a derogatory term, and they will continue to use the name.”  See attached letter.

Arizona ‘s Tribes fought for years to get rid of the derogatory name for the peak.  It took Lori Ann Piestewa’s death to finally change it.  To paraphrase  James Nicholson, former member of the President’s Cabinet at a 2005 Piestewa Peak memorial, the peak has already been named, consecrated and made hallow by Lori’s bravery and death, “far above our power to add or detract.” ( Lincoln ‘s Gettysburg Address).

Piestewa was born and raised in Tuba City, Arizona, a town with more than a 50% unemployment rate, the daughter of Terry Piestewa and Priscilla “Percy” Baca Piestewa.[3][4][5] Lori Piestewa’s father is Hopi and her mother is of Mexican ancestry.[6] photo They met in 1964 and married in November 1968.[7]

Her family had a long military tradition, with both Piestewa’s father and grandfather having served in the U.S. Army. (Her father was drafted and served in Vietnam in 1965, and returned home in March 1967.)[8] Neighbors described her as, while generally supportive of the army, having joined primarily to provide a secure income for her and her two children, Brandon and Carla Whiterock.

If you can take a minute to lend your support for the renaming of the mountain , here’s the contact information

Address:  U.S. Board on Geographic Names

please send letters in support of the name change by April 10th.

(thanks to navajo at DKos for suggesting I repost this here !)