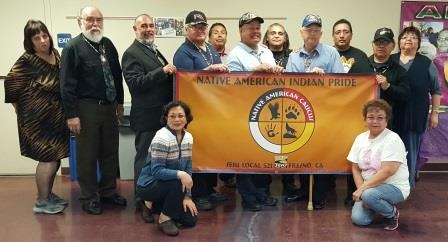 I am unable to attend NN11 and the Native American caucus. Navajo had asked me for some words for the caucus, and since I do not have email at this location, I’m going to put these words into a short diary for all to read.

Traditionally, Native American events began with a blessing. We understand that there are a great many different religious and spiritual traditions, and beginning discussions with a spiritual blessing does not imply that all must “believe” the same-rather it simply indicates that this is an important event. Traditional Indians have little concern for making converts, for carrying “the message,” or for proselytizing. An elder is simply asked to bless the event. This blessing might involve smudging with sage, sweet grass, cedar, or some other herb. It might involve a song. It might involve a pipe ceremony. It might involve some symbolic gestures.

Spoken words are different from written words, and many of us who live in oral pagan traditions are reluctant to write down the words that we would speak at a blessing. The power of the word changes when it is written and it loses its sense of the here and now. If I were to do a blessing at this event, it would probably involve smudge and the use of the pipe. What follows is not the words which I would speak, but a description of their intent.

This is a blessing calling upon the seven directions. It starts with offerings to that which lies above and that which lies below. It is a way of reminding ourselves of our need for fresh air, for rain that falls clean and free of chemicals, for the sun, the moon, and the star people. It reminds us of our dependence of the earth and our responsibility to nourish and care for it, just as it nourishes and cares for us.

Next would come an offering to the manitos (spirits) of north and a reminder of the importance of dreams. It is a reminder that it is our responsibility to bring our dreams to life.

Next would come an offering to the manitos (spirits) of south and a reminder of the importance of words. We should remember that words are living things and they continue to impact our lives long after they have been spoken. At meetings such as this we should speak words which bring us together, which create harmony. Words which separate us-those which reflect racism, sexism, homophobia, agism, classism, and other divisions-should have no place here.

Next would come an offering to the manitos (spirits) of west and a reminder of the importance of death. If I have lived well, then it is a good day to die. The focus among traditional Native Americans was on maintaining harmony in life: there was not a lot of concern for what happens next. The offering to the west is also about endings, about changing things in our lives.

Next would come an offering to the manitos (spirits) of east and a reminder of the importance of birth. This is a reminder of the need for birth, rebirth, and new ideas. New ideas, new concepts, like newborns, must be nurtured and nourished.

We come from many traditions. We come here to find harmony in our common cause.