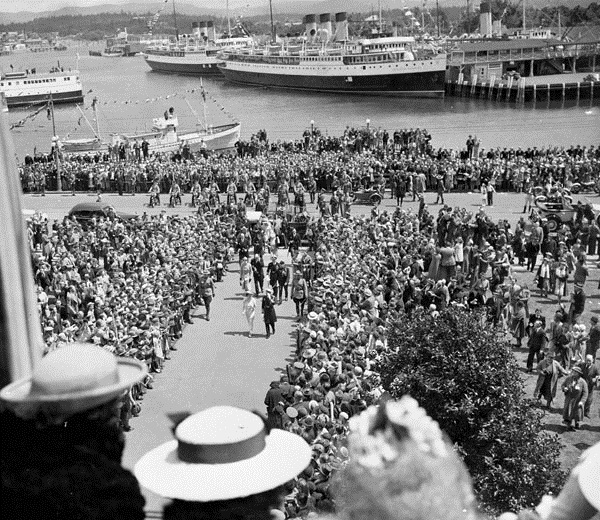 The Prince of Wales toured Canada in 1860 and during this tour he met with a number of First Nations groups. The Prince arrived in Halifax where he was met by a group of Mi’kmaq men who escorted him ashore in specially decorated birchbark canoes. In other words, the first people to welcome the Prince to Canada were First Peoples.

One of the contributions made by the First Nations to the world of sport is lacrosse. The first Europeanized rules for lacrosse were written in 1860.

In Montreal Indian games were held on the cricket ground for the Prince. There was a lacrosse game between an Iroquois team and an Algonquin team; and a lacrosse game between a Native and non-Native team. Following the lacrosse games there were Indian “war dances.” In these “war dances,” Iroquois warriors dressed in buckskin, paint, and feathers danced to the beat of drums. They also brandished tomahawks and knives, mimicking bloody battle-complete with the scalping of enemy captives. An editorial in the Christian Guardian, a Methodist newspaper, deplored the fact that the prince had been taken to see such a pagan festival instead of hearing Christian Indians sing.

At Sarnia a large group, which included 80 chiefs primarily from the Anishinabe bands, gathered for an intertribal grand council. Prince Albert Edward presented each of the chiefs with a commemorative medal showing Queen Victoria’s image. The Prince, in turn, was presented by the chiefs with tomahawks, wampum, pipes, bows and arrows, and decorative work done on birchbark.

At Sarnia, many of the First Nations leaders took the opportunity of the gathering in honor of the Prince to petition the government for an investigation of the Indian Department. The petitions referred to land loss and fishing rights.

Overall, the 1860 Royal visit had little impact on Canadian Indians. They were seen as marginal people, people who were destined to disappear in the wake of inevitable European civilization. They were used primarily as a quaint backdrop for the Prince’s visit, serving perhaps as reminders of the British colonial past and a time when Britain needed them as military allies. In the mid-Victorian period, however, their military support was no longer important to the colonizing powers. Their pledges of loyalty to the Crown symbolized the past rather than the future.