One of the strongly held policies among the Euro-American colonial powers was that aboriginal peoples should not be allowed to develop any mineral resources on their land. This policy is clearly seen in a nineteenth century case involving copper in Ontario, Canada. 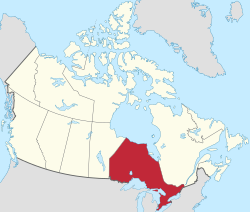 In 1846, a number of Native people from Manitoulin Island approached the Indian Superintendent with specimens of copper and asked that all future mining operations in Native territory be subject to government regulation. The Superintendent reported to his superiors:

“The Indians have a very high idea of the value of these things, and have requested me to beg of His Excellency that any mines which may be discovered shall not be subject to the enterprise of private individuals, but that the matter be taken into the hands of the Government and that they, the Indians, may receive whatever portion His Excellency may be pleased to award them.”

At this same time, the Quebec and Lake Superior Mining Association was organized to begin operations on the shore of Lake Superior.

In 1848, Lord Elgin’s (the British official in charge of Indian affairs) agent held an assembly of Indian leaders, local entrepreneurial interests, and mining interests to discuss mining on the north shore of Lake Superior. Ojibwa leader Shingwaukonse (Little Pine) once again explained how the miners destroyed the Ojibwa hunting territories. The chief was then asked by what authority he claimed these lands. He replied that the British had always negotiated treaties with Native peoples and that no treaty had ceded the lands.

Chief Peau de Chat also testified at the assembly. He concluded his testimony by saying that he wanted a fair evaluation of his land’s worth, that he wanted an offer to be made by the government for his mining locations, and arrears payments for the loss of minerals.

The Indian agent reported that the Natives had never been deprived of their proprietorship of the land:

“there does not appear a doubt but that the present race are the proprietors of the vast mineral beds and unceded forests, from Grande Bateure (Grand Batture) near Missisangeeny River on Lake Huron, to the Boundary Line at Pigeon River on Lake Superior.”

In 1849, the Indian commissioner drew on American precedents to view aboriginal peoples as mere occupiers of the land. This concept was quickly exploited by non-Indian developers to suit their own purposes: on the basis of the Indian commissioner’s proposals, the government denied the Native population rights to resources other than fur.

Based on the view that Native Americans were only the occupiers of the land, rather than owners of the land, the Quebec and Lake Superior Mining Association renounced all obligations to recognize Native rights to minerals or water. They argued that the cost of exploration to find valuable minerals made it impossible to view Native people as anything more than convenient labour.

Native people disagreed with the view of the mining associations. In Ontario, Ojibwa and Métis leaders decided to take over the operations of the Quebec and Lake Superior Mining Association at Mica Bay if Native claims were not met. Under the leadership of Shingwaukonse (Little Pine) and Nebenagoching about 30 Ojibwa and Métis warriors knocked on the door of the mine’s manager. Two days later, 160 non-Native men, women, and children left the mining camp. The government responded by sending a detachment of the Rifle Brigade to repossess the Mica Bay mine, but inclement weather stopped the party. The government, with its threats of armed response, eventually recaptured the mine for the association.

In 1850, an editorial in the Toronto Globe stated:

“The principle of depriving the Indians of lands which they could not use, in order that white men should teach them to bring forth the fruits God has provided for the sustenance of man, may be an unjust one; but like many unjust principles, it has been ratified and sanctioned by time and common practice. It is now too late to discover and blame it.”

According to the Globe, the Ojibwa were wanderers who had no claim to any land, mineral, timber, or fishing rights.

One of the leading proponents of Native rights to minerals, timber, and fishing rights was Ojibwa chief Shingwaukonse who died in 1855. As chief he had attempted to restore the Ojibwa people some measure of their independence with the nation state. The government recognized Ogista, Shingwaukonse’s son, as the new head chief of the Garden River band. However, the Anglican Church, at Shingwaukonse’s request, recognized Buhkwujjenene as chief.

According to oral traditions, Ogista initially lacked experience and he had also failed to attain the vision necessary to assume the heavy burden inherited from his father. He needed spiritual power to become chief, yet when he fasted as a youth he had grown ill. Instead of obtaining the needed vision,he had attempted to gain respect by adopting an air of bravado.

Shortly after Shingwaukonse’s death Ogista and Nebenagoching led an Ojibwa expedition against the Quebec and Lake Superior Mining Association’s operations at Michipicoten Island. Several shots were fired past the working miners. The incident was then used as justification for establishing a police force at Sault Ste. Marie to arrest “rowdies” and anyone who opposed government resource policies.

Thus ended most of the open opposition and confrontation regarding the mining operations. Indian rights were ignored so that the wealth of the companies and their owners could be increased.