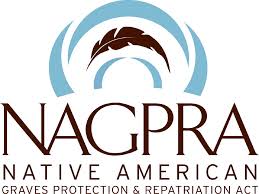 The concept of a generation is often seen as a period of twenty years. With this in mind, let’s look back at some of the events which were impacting American Indians in 1991.

In 1990, the United States government, in its infinite wisdom, passed the Native American Graves Protection and Repatriation Act (NAPGRA) which gave Indian nations more control over their history. In 1991, the impact of this act was beginning to be seen.

In Washington, D.C., the Smithsonian Institution’s National Museum of Natural History established a repatriation office to review its holdings for possible repatriation to appropriate tribes.

In Tucson, Arizona, a Native American Advisory Group was established at the Arizona State Museum. While this is in response to the Native American Graves Protection and Repatriation Act, the Museum staff felt that this afforded opportunities for expanded dialogue.

In Idaho, the ancient remains of the woman known as the Buhl Woman were reburied by the Shoshone-Bannock tribe.

In South Dakota, the remains of Lost Bird, the woman who was orphaned at the massacre of Wounded Knee and raised by non-Indians, was reburied at the Wounded Knee cemetery.

In Alaska, the Alutiiq reburied several hundred human skeletons which had been housed in the Smithsonian Institution.

In Washington and Oregon, the Columbia River tribes began discussion with the Army Corps of Engineers regarding the management of cultural resources at proposed in-lieu fishing sites. The tribes were concerned about the sensitive handling of human remains, funerary objects, and other cultural artifacts. Among many Indians there was a feeling that government agencies, such as the Army Corps of Engineers, had a long history of insensitivity with regard to Indian graves.

In Arizona, Homol’ovi Ruins State Park was opened as a state park with an interpretive center, visitor center, museum, and campground. The archaeological site of Homol’ovi is ancestral to the Hopi.

In Washington state, archaeological study of the Chinook village site of Cathlapotle (45CL1) began. The study of the site, located on the Ridgefield National Wildlife Refuge, was carried out by the U.S. Fish and Wildlife Service, the Chinook Tribe, and Portland State University. The largest of the old longhouses at the site is 200 feet by 45 feet and the smallest is 60 feet by 30 feet.

In South Dakota, the Catholic Church opposed the creation of a national park at Wounded Knee as they did not want non-Catholics buried in a Catholic cemetery. The people who were buried in the mass grave at Wounded Knee following the 1890 massacre, however, were not Christians: many of them were recent converts to the Ghost Dance religion.

In Massachusetts, the Massachusetts Water Resources Authority began construction of a new sewage treatment plant on Deer Island. In response, some Penobscot tribal members form the Muhheconneuk Intertribal Committee on Deer Island (MICDI) to protect the Indian burial sites on the island and to publicize the history of the island as an internment camp for Indians. During King Philip’s war in 1676, the English colonists rounded up about 500 Indians, mostly English allies and Christian, and interned them on Deer Island.

In California, a cultural resource survey for a subdivision development discovered an archaeological site. The developer put the project on hold and contacted the Calaveras Band of Miwok Indians to consult about the site.

After a long and complicated series of legal maneuvers, Judge Barbara Crabb issued a Final Judgment with regard to Chippewa fishing rights in Wisconsin. The Indians were denied the right to harvest commercial timber on ceded lands, but they were allowed to harvest miscellaneous forest products and to sell or trade these products to non-Indians. The Indians were granted the right to regulate their own off-reservation fishing of walleyes and muskellunges.

The Sand Creek Massacre Descendants Trust was formed by the Cheyenne and Arapaho descendants of the 1864 Sand Creek Massacre in Colorado. A law firm was hired to force the government to honor the 1865 Sand Creek Treaty which promised securities, land, animals, and provisions to compensate them for the injustices which were done.

In South Dakota, Rosebud Sioux Tribe v Walsh was argued in tribal court. The case stemmed from the requirement that all businesses on the reservation obtain a tribal business license. A number of businesses owned by non-Indians had failed to obtain tribal licenses arguing that the tribe had no jurisdiction over them. The court found that the businesses did need to obtain licenses.

In Nebraska, Indian inmates at the Omaha Correctional Center were told that a sweat lodge ceremony cannot be held unless there are nine inmates who were able to participate. The inmates petitioned the court claiming discrimination against Indian inmates as there were no other religious groups which were required to meet a certain population quota in order to attend a ceremony. The petition also asked that the inmates have access to medicine men. The judge denied the inmates’ petition on the grounds that the Omaha Correctional Center was not a party to the 1974 Consent Decree and therefore it could not be applied. In other words, the protections given to Indian religious freedom in the Nebraska prisons applied only to the inmates of the Nebraska State Penitentiary and Lincoln Correctional Center.

In Nebraska, Indian inmates in the state prison requested an eight-hour time period for their annual pow wow. Prison officials, however, restricted the event to three hours. The inmates asked the court for a restraining order to stop officials from restricting it to three hours. The magistrate agreed that the three hour limitation would strip the event of its cultural and spiritual significance and allowed the eight-hour pow wow. The magistrate’s order came just two days before the event and the inmates did not have the resources or support to get the word out to the dancers and drummers.

In North Carolina, the Lumbee sought federal recognition through legislation and bills were introduced in Congress to provide federal recognition to the Lumbee Tribe of Cheraw Indians of North Carolina. The legislation was supported by the Menominee, the Oneida of Wisconsin, and the Tunica-Biloxi. On the other hand, it was opposed by Vermon Locklear, the chairman of the Hatteras Tuscarora and by the Eastern Band of Cherokee. It was also opposed by the Bureau of Indian Affairs.

In Montana, local school boards rejected the petition of the Northern Cheyenne to create a new high school district which would allow them to build a high school on the reservation.

In Alaska, the governor signed an administrative order saying that the state was opposed to the existence of Indian tribes in Alaska.

The movie Black Robe showed the cultural clashes between the French Jesuits and the Algonquin and Iroquois people in Ontario in 1634. The film had Indians speaking Indian languages (Cree and Mohawk) and has an evenhanded depiction of the baffling otherness of both native and French cultures.

Nor’Westers and Indians in the Columbia Plateau

A Friend to the English in 17th Century Connecticut