The media has never been fair and balanced when it comes to serving Indian people and reporting on events which impact Indian lives. Many Indian leaders have felt that it is critical for Indians to have media which they control. One example of Indian media can be seen in The Indian Journal, a newspaper born in Indian Territory (later known as Oklahoma). 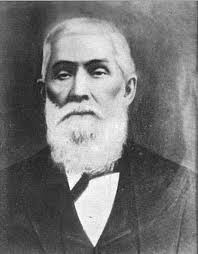 In 1876, Cherokee leader William Potter Ross began publication of the Indian Journal at Muskogee, Indian Territory. However, a fire broke out and the new business was soon on the brink of going under.

Under the new owners, the Indian Journal became the public voice in the Creek Nation. The newspaper spoke for the Creek nationalists who believed that some adaptation of Anglo-American ways was necessary to protect Creek sovereignty. From the beginning, the Indian Journal was viewed as an Indian institution which was more concerned with protecting Indian rights than in making a profit.

While the Indian Journal was chartered by the Creek Nation and served as its official organ, the investors hoped that the paper would reflect the actual interests of all Indian people in the territory. Creek Principal Chief Ward Coachman wrote:

“It is absolutely necessary for the Indian race in order to protect their interests, and make known their rights, to have some medium through which to express themselves to the thinking and reading portion of the citizens of the United States.”

Ideals, however, often require money and the Indian Journal, while it was an Indian voice, did not generate enough money to keep it going. In 1878,  the struggling Indian Journal was purchased by its non-Indian editor, Myron P. Roberts.

In 1902, Creek writer Alex Posey bought the Indian Journal, a weekly newspaper in Eufalia.  At this time, the paper consisted of four pages of local and regional news and four pages of fillers. Through the vehicle of the Indian Journal Posey promoted his ideas of social, political, and economic progress in the Indian Territory, particularly the Creek Nation.

Alex Posey was first of all a writer and a poet rather than a journalist. As a result, he brought a freshness to his news reporting that soon won the respect of other journalists. His literary skills often made seemingly insignificant events and local news both interesting and exciting, even to those outside of Indian Territory.

Posey also bought the Eufalia Gazette and merged it with the Indian Journal.

In 1908, Creek journalist and poet Alex Posey was killed in a flood at the age of 34. At this time he was the best-known Creek in Oklahoma. For more than a decade his essays, news reports, political humor, and poetry had been read not only in native Creek nation, but also in the Indian Territory at large, in the surrounding states, and in other parts of the United States.