Looking back at what was going on in Indian country in 1962-fifty years ago-reminds us that many of the problems we face today were being discussed then. Further, we are currently living with the consequences of some of the actions, particularly court decisions, which were made at that time.

Indians and the President:

At a special White House ceremony, 32 Indians presented President John F. Kennedy with the Declaration of Purpose adopted a year earlier. Included in the ceremony were nine Indians from Indian communities not recognized by the federal government. Denny Bushyhead (Cherokee) read the declaration aloud to make sure that the President received the Indians’ message. Following the ceremony, the Indians met with the Vice-President, Senator Sam J. Ervin, Jr., and Congressman Ben Riefel (Lakota) to discuss a legislative program suggested by the Declaration. 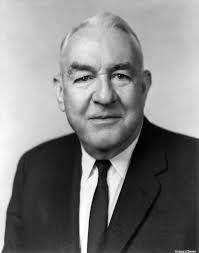 In Whitefoot versus the United States the Supreme Court found that treaty rights are communal, not individual. The case stemmed from a claim for individual losses from the loss of the Celilo Falls tribal fishing area on the Columbia River.  The falls and its fishery had been destroyed when the river was dammed.

In Seymour v Superintendent the Supreme Court found that a 1906 act opening the Colville Reservation in Washington for homesteading by non-Indians did not wipe out the Indian country status of the land.

In Arizona, the United States District Court ruled in the Hopi-Navajo land dispute. The Court found that the Hopi have exclusive rights to Grazing District 6, but that land outside of District 6 was under the joint use of the two tribes. Neither tribe was satisfied with the ruling.

In California, several Navajo peyoteists were arrested during a Native American Church service for violating a California law which prohibits possession of peyote. The Indians argued that sacramental use of peyote was essential to their religion. The lower courts convicted the Indians, stating that

“Thus in California, the Native American Church must forsake its peyote rituals in deference to the unqualified legislative command of prohibition.”

However, the California Supreme Court overturned the convictions and held that any compelling state interests in prohibiting the possession of peyote were outweighed by the first amendment rights of Native American Church members. The Court noted that

“the right to free religious expression embodies a precious heritage of our history.”

The Court concluded that

“We preserve a greater value than an ancient tradition when we protect the right of Indians who honestly practiced an old religion in using peyote one night at a meeting in a desert hogan near Needles, California.”

In South Dakota, an Oglala Sioux tribal member was arrested by the state highway patrol for drunken driving on a highway running through the Pine Ridge Reservation. The defendant petitioned the state circuit court for a writ of habeas corpus. The court found that the 1961 State Highway Jurisdiction Act was invalid and the defendant was released. According to the court in In re Hankins’ Petition the partial state jurisdiction-solely over highways-was inconsistent with Public Law 280.

In New Mexico an unsuccessful non-Indian candidate for elective office challenged the validity of Indian voting rights by claiming that Indians were not state residents. The state supreme court reaffirmed the rights of Indians to vote in the state.

The Institute of American Indian Arts (IAIA) was established in Santa Fe, New Mexico. The IAIA replaced the Santa Fe Indian School. The school’s curriculum provided both humanities and artistic training. The students were exposed to a wide range of artistic styles and techniques. They were encouraged to develop their creative impulses using their own cultural heritage and to be open to other artistic traditions. The new school had 130 students representing 69 tribes from 19 states. Chiracauha Apache artist Allan Houser joined the faculty as head of the sculpture department.

“It is therefore essential that we learn to eat graciously and to adhere to the fundamentals of good table manners. When we stop to think that strangers judge us by the way we look and act, we realize that good manners are important.”

At each meal, students were assigned the role of host or hostess, server, or guest.

In Oklahoma, the Pawnee acquired the former Pawnee Indian School which had been vacant for 20 years.

In Oklahoma, the Cheyenne-Arapaho tribe established an education program to provide financial assistance to enrolled tribal members who were attending institutions of higher learning.

In Washington state, the Duwamish were awarded $62,000 by the Indian Claims Commission. This amounted to $1.35 per acre for land which became the city of Seattle.

The Indian Claims Commission determined that title to Shoshone land in Nevada had been extinguished by the gradual encroachment of non-Indian settlers. The Commission set the “official” taking of the land at 1872. Nothing really happened with regard to Shoshone land in 1872, but this date was established for the purpose of placing a value on the land which was taken.

The Indian Claims Commission determined that several groups of Shoshone (Western, Northwestern, Fort Hall, Wind River, and Bannock), Lehmi, and Gosiute were entitled to a settlement for lands taken from them.

In Montana, the Crow received $10.5 million for land which was acknowledged in their 1851 treaty but not in their 1868 treaty. They used part of this capital to establish the Industrial Development Commission which in turn established a carpet mill and a motel. Neither of these, however, proved to be successful business ventures.

The Northern Ponca in Nebraska were terminated as a tribe by the federal government.

In Washington, the Chinook were terminated by the Bureau of Indian Affairs. No one in the tribe was notified and the tribe was simply considered to be extinct. Ray Gardiner, the tribal vice chair, said:

“Now, I am sure most of you are aware that it takes an act of Congress to legally terminate a tribe. That was never done to our tribe. Someone just took our name off the list.”

In South Carolina, the Catawba were terminated by the federal government.  There were 631 Catawba on the final tribal roll.

The Miccosukee Tribe of Indians of Florida gained federal recognition. The Miccosukee adopted a constitution which requires one half Miccosukee blood for tribal membership. The tribe was also given use rights to a small strip of the Everglades National Park just south of the Tamiami Trail.

In Arizona, Havasupai tribal chairman Earl Paya and the Havasupai Tribal Council approved resolutions which once again demanded the return of all Havasupai grazing allotments on the national forest and national park lands. They asked for the restoration of 78,720 acres from the Kaibab National Forest and 166,522 acres from Grand Canyon National Park.

In Arizona, Yaqui spiritual leader Anselmo Valencia was gathering plants near Black Mountain, an extinct volcano, when he had a vision of securing this land as a new community for the Yaqui who were currently living in Tucson. The Pascua Yaqui Association (PYA) was formed as a nonprofit corporation. The PYA provided the Yaqui with an entity that could deal with the federal government. Under the leadership of Anselmo Valencia and Geronimo Estrella, the Yaqui defined membership in both Anglo terms (blood-quantum in order to appease the federal government) and Yaqui terms (people who maintained ceremonial associations with the community and/or lived in the community.)

In Oklahoma, the Osage Nation Organization was organized to challenge the Osage Tribal Council. Under the provisions of the Osage Allotment Act of 1906, only headright owners of Osage ancestry were allowed to vote for the council and their votes were weighted according to headright ownership. This meant that most adult Osages, regardless of degree of ancestry, have no voice in tribal government.

In Montana, the Blackfeet tribe amended its constitution to require a minimum “blood quantum” of 1/4 or more for tribal membership.

In Washington state, the Nez Perce Indian Association (NPIA) was officially established off the Idaho reservation in Clarkston where many non-reservation Nez Perce live. The NPIA was concerned about the control of the tribal claims settlement funds.

Bear Butte was acquired by the State of South Dakota for development as a State Park. It was to have a visitor’s center, campgrounds, and parking lots. Tourists were to be given maps to its trails and provided with viewing platforms and signs that indicated where Indians could be seen while they were fasting. For the Lakota, Bear Butte was where the people originally met with the Great Spirit and remains as the most significant site of Lakota religious ceremonies, including Hamblecha (vision quest), one of the seven sacred ceremonies of the Lakota.

In Washington state, the Tillicum Indian Village was established on Blake Island. It provided “potlatch-style” salmon served in a longhouse.

In Idaho, the Nez Perce National Historic Park was created. Under the administration of the National Park Service, the new park was to address native culture.

Congress authorized two irrigation projects in New Mexico: The Navajo Indian Irrigation Project and the San Juan-Chama Project. In the agreement for this project, the Navajo tribe agreed to 508,000 acre feet of water each year and to sharing water with non-Indian users in the San Juan Basin during dry years.

In Arizona, the coal-fired electric generating station operated by Arizona Public Service Corporation and the coal mine next to it on the Navajo reservation became operational.

Construction on a dam on the Palouse River in southeastern Washington was started. This would flood part of the homeland of the Palouse, including burial grounds and archaeological sites.

In South Dakota, the Interim Investigating Committee of the state legislature issued a report on Indian jurisdiction problems and the operations of the state department of public welfare. According to the report, the most serious problems were in the administration of the Aid to Dependent Children (ADC) caseload which was 45% Indian. The report noted that the state was prohibited from enforcing state law among Indians and recommended that

“to promote economy and efficiency in the operations of the Department of Public Welfare, the Legislature should accept criminal and civil jurisdiction over Indian Country insofar as such jurisdiction relates to the public welfare program and the related areas of juvenile affairs, commitments, and domestic relations.”