In 1942, the United States was gearing up to fight in World War II and the military efforts on the homefront had an impact on several Indian reservations. 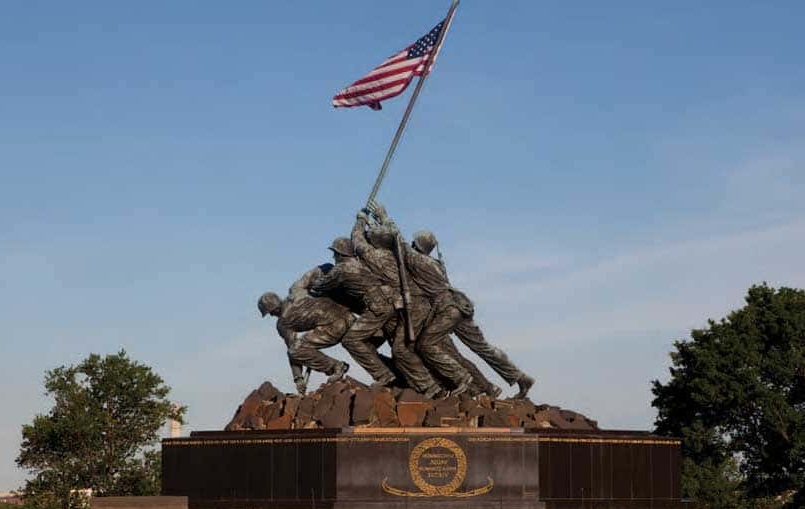 The need for office space in Washington, D.C. to support the war effort resulted in moving the Indian Bureau to Chicago. The move reduced Indian Bureau influence with Congress and other federal agencies. The Indian budget was slashed and New Deal programs for Indians were dropped. This left many Indian programs in disorder.

A shortage of doctors and nurses on reservations developed as medical personnel joined the armed forces. Commissioner of Indian Affairs John Collier warned of the potential for a complete breakdown of medical services on the reservations.

The government established concentration camps for Japanese Americans on two Indian reservations in Arizona: the Gila Indian Reservation and the Colorado River Indian Reservation (Mohave and Chemehuevi). The tribes were not consulted in this matter.

With regard to the Colorado River Indian Reservation, the government promises that the land would be returned to the tribes substantially improved for future agricultural use. The tribes opposed the concentration camp, but understood that if they refused the government’s demands they will lose the land. The tribe did not respond to the government. On the other hand, non-Indian business people in nearby Parker saw the concentration camp as a good thing:  “The project’s going to be good for the country. It will develop a lot of land, bring in irrigation, so white farmers can use it. White men can’t work out on the reservation now.”

Following the war, the federal government used the former camps to house Hopi and Navajo who were forcibly relocated from their homes as a part of a “colonization” program. Under the plan, up to 1,000 Navajo families were to be removed from their reservation as a means of alleviating overpopulation. The colonization program was a failure.

In Alaska, the U.S. Army removed the Unangan people from the Aleutian Islands and placed them in makeshift camps on the mainland where they suffered from hunger, cold, and disease. Many of the elders died. Their abandoned villages were vandalized by the American military.

In South Dakota, the U.S. Army Air Corps “borrowed” part of the Oglala Sioux’s Pine Ridge Reservation for a gunnery range with the understanding that it would be returned after World War II. The army notified 128 tribal members that they had to evacuate their homes within thirty days. Some Indians reported that they were told they would be shot if they did not cooperate.

In 1943, more than 250 Oglala Sioux families were given 10 days notice to leave their homes on the Pine Ridge Reservation so that the land could become a bombing range.

Twenty years later, instead of returning the land to the tribe, the federal government simply declared it to be surplus which would allow non-tribal interests to acquire it. In 1968, however, the land was finally returned to the tribe except that the National Park Service was given management authority over half of the land which was now included in the Badlands National Park. For about 25 years, the federal government had leased out 90,000 acres of this land. The profit that the government received from leasing the land exceeded the compensation which had been given to the Sioux at the time the land was taken from them.

In Oklahoma, the army expanded Camp Gruber. No thought was given to the forced relocation of the Cherokee who were living on the land taken by the army. The Cherokee had already planted their gardens and would not have food for the winter if they were removed. None of the Cherokee who were to be relocated had transportation and the army told them that it did not have any available trucks to help them. The Cherokee hoped that their land would be returned to them at the end of the war.  It was not.

In Washington, the Wanapum fishing villages near the White Bluffs on the Columbia River were closed by the U.S. Army Corps of Engineers as a part of a top secret war project called the Gable Project (later called Hanford Engineering Works). The Wanapum were allowed to move upriver to Priest Rapids. Here they were allowed to settle in three abandoned houses that had been built for the operators of the first hydroelectric plant on the Columbia River.

Among those moved was young David Sohappy who would later become one of the leaders for Indian fishing rights on the Columbia River. Sohappy was related to the nineteenth century prophet Smohalla and would also become a leader of the Feather Religion, which is an offshoot of Smohalla’s religion.

In 1943, the Hanford Nuclear Reservation closed access to an area sacred to the Yakama. Government officials either ignored or were unaware of the 1855 treaty which guaranteed Indians access to this area.

In 1943, the federal government under the War Powers Act condemned 2,100 acres of the Shoshone and Bannock’s Fort Hall Reservation to be used as an airport. While the land was worth $100 per acre, the government paid the tribes only $10 per acre.