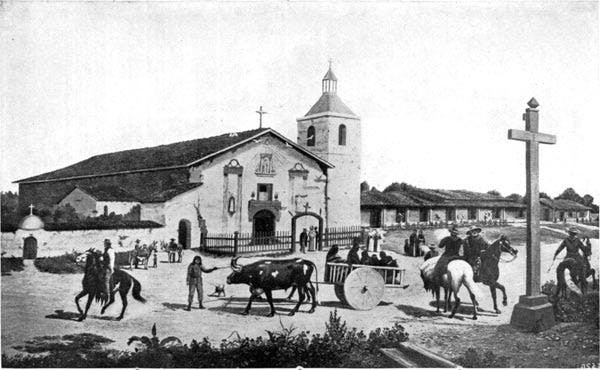 By the beginning of the seventeenth century, the French and English were turning from the exploration of what is now Maine to establishing colonies and converting the Indians to Christianity. The Europeans assumed that Christianity gave them superior rights to both land and resources. The idea that the Native peoples of Maine might any rights seldom occurred to the European.

The first European attempt to establish a colony in Maine came in 1604 with the arrival of French colonists who attempted to settle on the Sainte Croix River. The settlement soon moved to the present-day Annapolis-Royal in Nova Scotia.

The English established a trading camp on the Kennebec River in 1605. The expedition was funded by Sir Ferdinando Gorges, captain of the Port of Plymouth. At the end of the trading season, the English kidnapped five Abenaki and took them to England to turn them into guides and interpreters. The Abenaki captives were not to be sold into slavery, but they were exhibited as curiosities. They were also studied by Gorges, who wished to learn more about the new land to the westward and its inhabitants. Among those taken by the English was Tisquantum, also known as Squanto, who later becomes an important figure in Massachusetts history.

The purpose of the new colony was to find precious metals and spices, establish a fur trade with the Native Americans, and show that New World forests were a limitless resource for English shipbuilders. Concerned about the possibility of a French attack, the colonists built an earthenwork fort, which they called Fort St. George. The fort was fortified with eight cannons.

In one instance, five Abenaki, including Skidwarres and the leader Nahaneda, showed up at the fort. They joined the colonists for both food and church services. They had to endure public prayers both morning and evening. They told the English that King James was a good king and that his God was a good God, but that Tanto (their own deity) had commanded them to avoid contact with the English.

The English soon managed to anger their Abenaki neighbors so that trade between the two groups had to be suspended. There were a number of minor skirmishes in which 11 colonists were killed. According to historian Ian Steele, in his book Warpaths: Invasions of North America:

“The English bungled their opportunity to establish influence with the Abenaki.”

In 1608, the English abandoned their colony on the Kennebec River. The re-supply ships from England found that the colonists had successfully traded with the Indians for furs, gathered the herbal cure-all sarsaparilla, and built and launched a 50-foot ship. However, the colony’s leader upon discovering that he was the heir to an immense fortune decided to return to a lavish castle in England.

Part of the motivation for the European invasion of North America was to acquire converts to their religion. The Jesuits arrived in New France in 1611 and began to learn the native languages as a way of carrying their message to the people. Unlike other Europeans, the Jesuits did not want land or furs: they asked only to live in an Indian household that they might study the language. While the Jesuits were well-liked because of their quiet manners, the Indians felt that these men were poorly educated because they had not learned that God made all religions, and they came here to tell the people who already believed in a Creator that such a One exists.

In 1611, Jesuit missionaries attempted to establish a mission on Mt. Desert Island. However, an English ship arrived and captured the entire settlement. James Moore, in his book Indian and Jesuit: A Seventeenth-Century Encounter, writes:

“English paranoid attitudes toward Catholics, especially Jesuits, and their current fears generated by alleged plots to undermine the English government, placed the missionaries in special jeopardy.”

Two years later, the French priests built a mission for the Penobscot at Bar Harbor, Maine.

In 1635, the Capuchin Catholics established a small church at Pentagoet to proselytize among the Penobscot. The priests learned the local language.

In 1642, Charles Meiaskwat, a Montegnais lay preacher, visited the Abenaki at Norridgewock. The following year, an Abenaki from Norridgewock went to Quebec with Charles Meiaskwat so that he could be converted to Christianity. As a convert he was given the name Jean-Baptiste and he returned to his people to proselytize. Three years later, Jean-Baptiste returned to Quebec claiming that he had 40 potential converts at Norridgewock and asking that a black robe (Jesuit priest) be sent to instruct them.

In 1646, the French Jesuit Gabriel Druillettes began working with the Abenaki. He emphasized steady prayer and quiet nurturing of the sick which contrasted to the traditional religion which was quite animated. On one occasion he offered Mass with a fervent beseeching of God to relieve the hunger of his traveling party. Right after Mass, the Abenaki killed three moose. This impressed the Indians with his apparent ability to deliver results.

In a typical Jesuit approach to the Indians, Druillettes learned the Abenaki language. He impressed many Indians, and his visit established a link between the Abenakis and Quebec that would continue for many years.