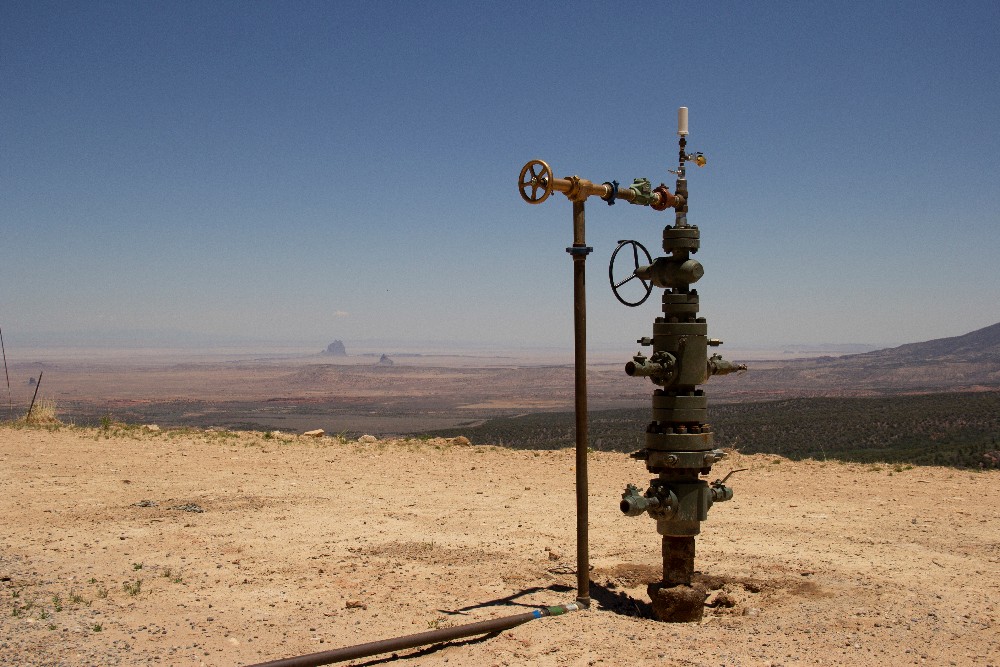 On Friday, Blackfeet tribal leaders in Montana sent letters to Interior Secretary Sally Jewell and Agriculture Secretary Tom Vilsack asking that all federal oil and gas leases in the Badger-Two Medicine area be cancelled. According to the letter:  “We respectfully request that you and your staff meet directly with representatives of the Blackfeet Tribal Business Council regarding the Badger-Two Medicine oil and gas leases, and long-term co-management strategies for permanent protection of this most sacred mountain land.”

The Badger-Two Medicine area is adjacent to the Blackfeet Reservation and Glacier National Park and is administered by the National Forest Service. The Blackfoot Confederacy (a group of related Indian nations in the United States and Canada) and the Montana-Wyoming Tribal Leaders Council also joined in this request. According to the tribes, oil and gas exploration threatens the sacred and cultural values of the region.

In 1896, the United States forced the Blackfeet Tribe to give up that portion of their reservation known as the Mineral Strip as the government feared that there might be potential mineral wealth in the area and did not want Indians to have possible wealth. This ceded area included portions of what would become Glacier National Park and the Badger-Two Medicine area. While this was a sacred area for the Blackfoot people—an area where ceremonies are conducted and sacred plants gathered—all American Indian religions were illegal at this time and so the elders had to remain quiet about the importance of the land to their spirituality and culture. The treaty, however, does include an agreement that the Blackfoot have a right to “go upon” the land, to hunt, to fish, and to cut timber.

Badger-Two Medicine is a part of the Lewis and Clark National Forest and is named for Badger Creek and the Two Medicine River which originate along the Continental Divide. It is an ecosystem that includes elk, gray wolves, bighorn sheep, moose, lynx, eagles, harlequin ducks, and wolverines. Under the provision of the National Historic Preservation Act, the Blackfeet Tribe and the Lewis and Clark National Forest have proposed that the region be designated as a Traditional Cultural District (TCD). According to the keeper of the National Register:  “The remote wilderness area is associated with the significant oral traditions and cultural practices of the Blackfoot people, who have used the lands for traditional purposes for generations and continue to value the area as important to maintaining their community’s continuing cultural identity.”

In 1997, the Forest Service placed a ten-year ban on oil drilling in the area. Since 2002, proposed drilling has centered on an area about two miles north of the TCD. In 2006, Blackfeet Community College completed a cultural resources inventory of the area and recommended that the TCD be expanded.

In 2009, the Lewis and Clark National Forest adopted a travel plan for the Badger-Two Medicine which emphasized traditional non-motorized uses. Motorized vehicles, such as all-terrain vehicles and dirt bikes are now prohibited on the 200 miles of trail in the area.

Of the 47 oil and gas leases granted by the federal government in 1982, 18 are still active. One of these leases is held by Sidney Longwell of Solenex of Louisiana. Longwell is currently suing the federal government so that his firm can proceed with development. With regard to the Solenex well, a representative of the Montana Petroleum Association stated:  “I truly believe they can drill an exploratory well in a very environmentally friendly way, and that any assumptions about future development at this time are really unwarranted.”

Traditionalists, who see the area as sacred and as both culturally and historically important to the Blackfoot tribes, do not feel that oil exploration is compatible with the nature of the land.