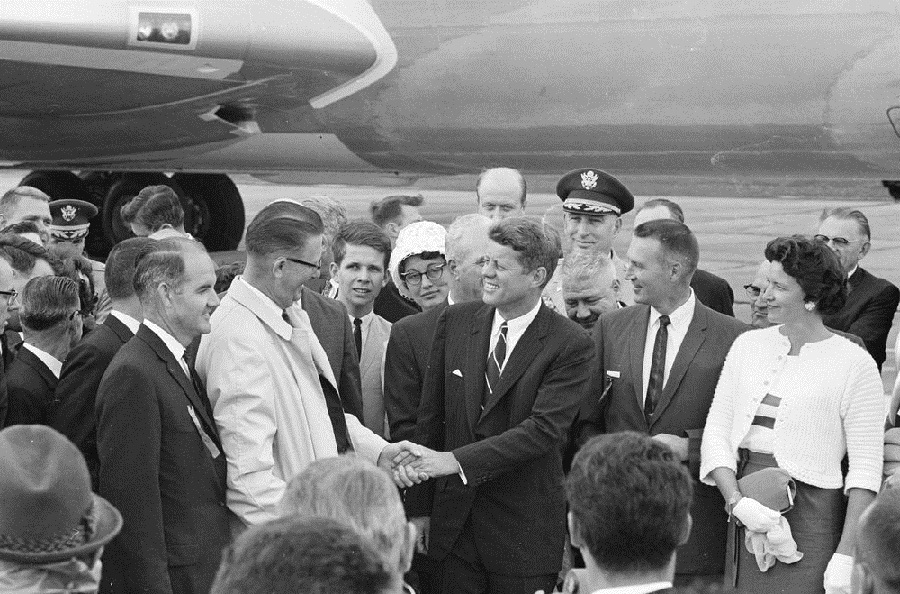 Following World War II, the United States was faced with the problem of paying for the war and rebuilding the shattered economies of Germany and Japan. While American Indians were technically citizens, they did not or could not vote and thus were not seen as valuable constituents by members of Congress. If the United States got rid of its obligations to Indians, their argument went, then we would have money for more important things. Fueled by the philosophy of the Cold War, the United States Indian policy turned in the direction of: (1) terminating the Indian tribes and giving jurisdiction over the reservations to the states, (2) turning over Indian natural resources-minerals, oil, water-to private, non-Indian companies for development, and (3) asking Christian churches to help administer social programs and assimilate Indians to American life. During the early 1960s, at a time when there was a growing civil rights movement, the State of South Dakota, in its infinite wisdom, sought to carry out this Indian policy by assuming control of the reservations in the state. The Sioux fought back through the courts and through the election process.

Under the Constitution, as interpreted by the Supreme Court, Indian tribes are domestic dependent nations and are not under the jurisdiction of the states.

At the national level, the new policy regarding Indians was announced in 1951 by Commissioner of Indian Affairs Dillon Meyer in a speech before the National Council of Churches. He announced that the private sector or state governments can better serve the Indian people and the time had come to weaken or dissolve the relationship between Indian tribes and the federal government. He asked that religious groups (meaning Christian) help Indians to assimilate into American society.

Two years later, in 1953, Congress passed Public Law 280 giving state governments the right to assume civil and criminal jurisdiction over Indian reservations in California, Minnesota, Nebraska, Oregon, Wisconsin, and Alaska. The law was created in part because of Congress’s perception of the “lawlessness” of the reservations and a concern to protect non-Indians living near the reservations.  There was no concern for protecting the Indians. Indians were not consulted in creating this legislation.

At this same time, legislation was introduced to repeal the Indian Reorganization Act (IRA). Proponents of the appeal felt that the IRA had encouraged un-American socialistic tribal governments. Montana Senator George Malone put it this way:

“While we are spending billions of dollars fighting communism and Marxist socialism throughout the world, we are at the same time, through the Indian Bureau, perpetuating the systems of Indian reservations and tribal governments which are natural Socialist environments.”

In 1961, lobbyists for the non-Indian Taxpayers League drafted a bill which was introduced in the South Dakota House of Representatives which assumed state jurisdiction over all criminal and civil matters in Indian country under the provisions of Public Law 280. The primary concern of the Taxpayers League was “lawlessness”, especially drunken driving on the highway. Enforcing the proposed law, however, would entail increased costs to the state so the bill was amended to assume jurisdiction only over actions on the highways through Indian country. The bill passed and became law.

In 1990, the law was overturned by the Eighth Circuit Court. According to the Court:

“Absent tribal consent, we hold the State of South Dakota has no jurisdiction over highways running through Indian lands in the state.”

The court found that the 1961 state law extending its jurisdiction over reservation highways was not responsive to Public Law 280.

In 1963, South Dakota enacted a law which gave the state civil and criminal jurisdiction on reservations. While South Dakota had a fairly large Indian population, there were no Sioux representative in the legislature and the Sioux strongly opposed this law.

“We’ll be giving the Indian equal protection under the law. We hear a lot about civil rights. But until all South Dakotans are treated the same, we’ll never achieve the full potential of our state.”

In response to the new law a new organization – United Sioux Tribes – was formed and a petition drive was started to allow state voters to vote on the issue. In two months they gathered the 14,000 signatures necessary to have the matter considered on a public referendum. In their campaign, the Sioux focus on the voters’ sense of fairness: the state law was wrong simply because the Sioux never consented to it. The referendum passed with 79% of the vote and the law was thus overturned.

Bear Butte and the Struggle for Religious Freedom