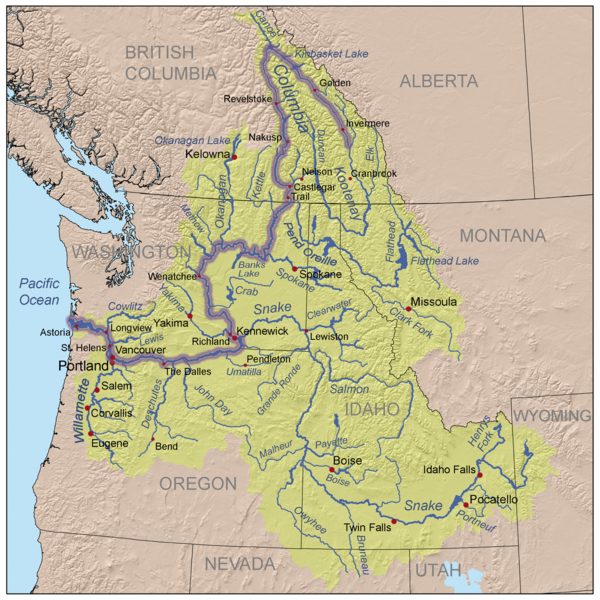 Whenever cultures are under stress, from things such as illness, warfare, and rapid social change, there are often individuals who report having visions of the future. Individuals who have these visions are often known as prophets. In some instances the vision comes in the form of a spirit, god, or an angel such as Abraham or Moroni, who brings a special message to the prophet. In some cases the prophet dies, goes to another world, and then returns to life with a special message. There were a number of American Indian prophets who emerged during the nineteenth century, such as Handsome Lake, whose teachings grew into a long-lasting religious movement which attracted the attention of non-Indians. There were also many whose prophesies were not written down and were unseen by non-Indians. During the first half of the nineteenth century, there were a number of Indian prophets who had visions which had little long-lasting impact. In some instances, history has not even recorded the prophet’s name.

In 1800, smallpox struck the Yakama in what is now Washington state.  One old man was left behind as the people attempted to flee from the disease. He died and traveled to a place where people were eating many good things. He was turned away when he asked for food and was told it wasn’t his time yet. He returned to life and rejoined his people who had thought that he was dead.

In 1801, following the epidemic of diphtheria which killed many Indians, a Chumash woman in California had a vision in which the Chumash deity Chupu warned her that all Indian converts to Christianity must recommit themselves to their native religion if they were to survive. According to the vision, those who informed the missionaries would be killed immediately. A revitalization of Chumash culture begins without any awareness by the Hispanics living in the area.

In the Plateau area of Washington, a goose with two heads appeared in 1801. An Okanagan prophet had foretold the coming of this messenger bird and so the people began dancing in a circle with the prophet in the center. As they danced, they were told that they are not to fight, to steal, to lie, or to commit rape. According to oral tradition:

“As a result of this preaching, some of the people became so righteous that they did not allow their children to run about after dark lest they do evil things.”

In 1811, a fundamentalist religious movement began among the Cherokee in the Southeast. The leading prophet, Charley, told the people that the mother of the nation had abandoned them because they had taken up American agricultural practices and grain mills. Charley told the Cherokee that if they returned to traditional agriculture, if they returned to hunting, if they excluded Americans from their territory, and if they abandoned American clothes and material goods, then the Great Spirit would send them sufficient game. Charley appeared with two black wolves, one on either side of him, which were said to be spirits. As he told the people that Selu (corn) had abandoned them because they were now farming in the European way, the clouds parted in the sky.

Charley predicted that non-believers would be destroyed in a hail storm and that those who gathered with him on a high peak would be safe. The storm failed to appear and Charley’s influence soon faded.

In Georgia, three Cherokee reported in 1811 that they had been visited by a band of Indians who appeared out of the heavens riding black horses. The visitors told the Cherokee to return to the old ways and to give up their featherbeds, tables, and European dress. Corn was to be ground by hand rather than in the new gristmills. The visitors reported that the Mother of the Nation was unhappy because the Cherokee had let the wild game be killed off. While the message was to return to the old ways, some of the new ways – reading and writing, for example – were acceptable. When the vision was reported at the Cherokee National Council, Cherokee tribal leader Major Ridge angrily declared that the vision was false.

In Arkansas, Cherokee chief Skaquaw (The Swan) had a vision while gazing at a comet. Lightning flashed from the four directions and formed a small light at his feet. He picked it up and found that it did not burn his hand because it was tame fire. A child then approached him from the east and another child approached him from the west. They perfumed the air and he fell asleep. While sleeping, the Great Spirit told him to warn the Cherokee that they must leave the St. Francis area in present-day Arkansas before great disaster would fall upon them. When Skaquaw awoke he told the people what he had learned and they left the area. In this way, they escaped from the 1811 New Madrid earthquakes.

In Alabama, the Creek knower (kithla) Captain Sam Isaacs related his vision of traveling for many days on the bottom of a river where he obtained knowledge from a powerful Tie-Snake who knew about future events. This was about 1811 and Captain Sam Isaacs would become one of the greatest Creek kithla. In Creek culture, a kithla is a person who “knows” things. In English this kind of person might be called a “seer” or a “diviner.”

In 1812, several Cherokee prophets reported a vision which showed that the Great Spirit was very angry with the Cherokee. The prophets told the people to turn their attention to reclaiming the sacred towns of Tugaloo and Chota, to restore traditional dances and ceremonies, and to use traditional medicines. During this time, several of the prophets made predictions of world destruction and catastrophes, and when these events failed to happen, the prophets would lose their credibility.

As a young man living in what is now Illinois, the Kickapoo warrior Kennekuk had a reputation for violence and for being a drunkard like his father. Once, in a drunken rage, he killed his uncle and was banished from the tribe. During his banishment, Kennekuk learned some of the fundamentals of Christianity and when he returned to the Kickapoo he married and became a leader.

In 1815, Kennekuk had a vision in which the Great Spirit spoke to him. He began to preach a message of pacificism and accommodation for the Americans. This was not a message which most Kickapoo wanted to hear. He was ostracized by the Kickapoo and went into exile, establishing a village on the Vermillion River. About 250 Kickapoo joined him at his new village.

Over the next two year, Kennekuk refined his message of peace and began using a sacred chart which showed the path through fire and water to heaven. He told his followers to remain where they were, to avoid quarrels among themselves, abstain from whiskey, and not break non-Indian laws. His followers carried a wooden prayer stick engraved with mystic symbols.

In 1827, Kennekuk met with William Clark in Saint Louis. He told Clark:

“My father, the Great Spirit has placed us all on this earth; he has given to our nation a piece of land. Why do you want to take it away and give us so much trouble?”

As he lay dying of smallpox in 1852, Kennekuk promised to come back to life in three days. He did not fulfill his promise.

The Cherokee peace chief Yonaguska died in 1819 and came back to life 24 hours later. He announced that he had gone to the spirit world where he talked with dead friends and relatives. In the spirit world, the Creator gave him a message to share with the people. As a result of this experience, Yonaguska organized a temperance society and banished whiskey from this people.

In 1820, Seneca leader Cornplanter had a vision in which the Great Spirit told him to have nothing further to do with the Americans or with war. He burned all of his old trophies of war.

In 1849, four Navajo medicine men in New Mexico made the sacred journey to Tohe-ha-glee (Meeting Place of Waters) to consult with the Page of Prophecy. After making the proper offerings, they read the marks in the sand which were the messages from the Holy People. The marks indicated a journey to a distant place. Other marks indicated many burials. This was not a happy message, but one which seems to have foretold the Navajo Long Walk.

In New Mexico, the blind Navajo prophet Bineah-uhtin, a medicine man who saw with his mind, attended a War Chant ceremony in 1849. Here he came into contact with some young Navajo warriors. He told them:

“The day will come when your enemies will drive you out of your homeland, and you will go to a barren country where the corn will not grow and your sheep will eat poison weeds and die. Many of your people will starve, and others will be killed so that only a few will survive, and in all these wide cornfields there will be nothing alive excepting the coyotes and the crows.”

During the second half of the nineteenth century, new Indian prophets continued to appear and they inspired religious movements such as the Indian Shaker Church and the Ghost Dance.