American history is filled with accounts of Indians being massacred by the U.S. Army, by American civilians, and others. Some of these “incidents” are well-known to the general public: Wounded Knee, the Washita, and Sand Creek. Others, such as the massacre of Heavy Runner’s Blackfoot band, are less well-known. In 1870, soldiers under the leadership of Colonel E. M. Baker killed 217 peaceful Blackfoot women, children, and men on the Marias River in Montana.

In the years both before and after the Civil War, many Americans came to Montana seeking wealth either through mining or cattle ranching. Malcolm Clarke was one of those who settled down as a cattle rancher.  Clarke soon married a Blackfoot woman, Kohkokima (Cutting Off Head Woman). Clarke gained the respect of the Blackfoot and was initially given the name White Lodgepole. Later, he was given the name Four Bears after he killed four grizzlies in one day. 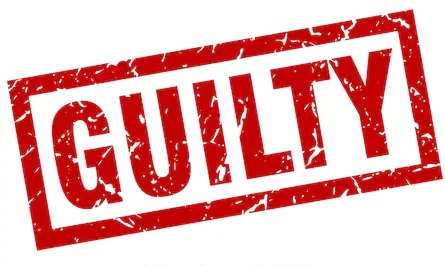 In 1867, some Blackfoot relatives of Kohkokima, come to visit the Clarke ranch. In the group were Owl Child (Ne-tus-che-o, Kohkokima’s cousin), his wife, mother, sister, and younger brother. As a result of this visit something went wrong which created bad blood between Owl Child and the Clarke men. One version of the story, told by the Blackfoot, alludes to improper advances made by the rancher to the wife of the Piegan cousin while Horace Clarke and Owl Child were hunting in the nearby mountains. Another version of the story, usually told by non-Indians, says that Owl Child stole some Clarke horses and that Clarke publically beat him.

Mountain Chief had disliked Americans since three Americans shot his brother and the authorities had done nothing about it. He banned all Americans from his village, but he stayed friendly with Malcolm Clarke because of his marriage to Kohkokima.

Suddenly, Bear Chief shot one of Clarke’s sons in the head. When Clarke rushed out of the house, he was shot dead by Eagle’s Rib. About 25 warriors then came out of the woods and proceeded to destroy everything in the house.

The incident at Clarke’s ranch was clearly murder and furthermore the murderers had been identified by the survivors-Kohkokima and other Clarke children. Had the murderers been non-Indians, a posse would probably have been formed to track them down and bring them to justice. But as American Indians have long known, there is usually no concern for justice when Indians are involved.

Since Malcolm Clarke was a prominent rancher, the Montana press clamored for revenge against the Blackfoot, with little concern for the actual killers. However, the military commander at Fort Shaw remained calm. He reported:

“The only Indians within reach are friendly, and nothing could be worse than to chastise them for offenses of which they are not guilty.”

However, General Sheridan, with a reputation as an Indian fighter, was in Chicago and he was hearing from the American settlers in Montana who wanted revenge. He ordered Colonel E. M. Baker to obtain that revenge. It was not about justice: there was little concern for capturing the actual murderers. It was about retaliation: attacking the Blackfoot camps, any Blackfoot camp. Baker was ordered to give the Blackfoot an exhibition of military force to show the Blackfoot that they were not to trifle with the Americans. Baker’s orders from General Sheridan:

“If the lives & property of the citizens of Montana can best be protected by striking Mountain Chief’s band of Piegans, I want them struck.”

It was January of 1870 when the soldiers set out in search of Mountain Chief’s camp. The temperature was well below zero. Riding with the soldiers was Horace Clarke, Malcolm Clarke’s son.

On the Marias River, the soldiers encounter a Blackfoot camp. As the army approached the camp, scout Joe Kipp recognized that it is the friendly village of Heavy Runner and informed the commander that this was the wrong village. The officer ordered the soldiers to shoot Kipp if he yelled again. According to Horace Clarke, Colonel Baker was drunk at this time and didn’t know what he was doing.

As the soldiers attacked, Heavy Runner ran toward Baker waving his Washington medals and his letters of recommendation showing that he was friendly to the United States. According to the later testimony of Good Bear Woman:

After Heavy Runner was killed, Baker ordered his troops to fire. The Indians did not return fire as all of their able-bodied men were on a buffalo hunt. When the firing was over the soldiers simply shot the wounded Indians. They then collected the lodges and property of the Indians in great piles, and set fire to them. The soldiers also looted the dead bodies, removing anything which they thought might be of value.

One hundred and forty women and children were taken prisoner in the attack. After being held for a short time, they were released to face the cold-estimated to be 40 below zero-without blankets, shelter, or food. Many died from exposure.

The first official account of the “incident” claimed that 120 Blackfoot warriors were killed, an interesting statistic since nearly all of the men were out hunting. Later, the official report was modified to indicate that a total of 173 Blackfoot were killed and that 148 of these were women, children, and elders. However, the scout Joe Kipp reported that he personally counted 217 dead. Kipp also reported that the Blackfoot had fired only one shot during the battle. According to Blackfoot oral tradition, only three of those killed were able-bodied warriors. The Indian agent for the Blackfoot reported that only 15 were men of fighting age.

According to Colonel Baker’s official report, he had succeeded in attacking the camp of Bear Chief and Big Horn whom he classified as “hostiles.”

At the time of the Heavy Runner massacre (dubbed the Baker Massacre in the eastern press), the U.S. government was debating over whether the Indian Office (later known as the Bureau of Indian Affairs) was to remain in the Department of the Interior or be transferred back to the War Department. The accounts of army brutality in this incident, including Horace Clarke’s testimony about the brutality of the attack against this friendly camp, helped stop the proposal to move Indian Affairs to the War Department. Commissioner of Indian Affairs Ely Parker, who was a Seneca Indian, was put in the position of defending the military operation as an effective way of dealing with the Blackfoot.

General Sheridan, who was not known for his concern for Indians, expressed confidence in Colonel Baker’s leadership abilities and was able to stop an official army investigation into the incident.  Sheridan insisted that Baker had attacked Mountain Chief’s camp and issued a press release:

“the majority of those killed in Mountain Chief’s camp were warriors, that the firing ceased the moment resistance was at an end, that quarter was given to all who asked for it; and that a hundred women and children were allowed to go free to join the other bands of the same tribe camped nearby, rather than the absurd report that there were only thirteen warriors killed and that all the balance were women and children, more or less afflicted with smallpox.”

Captain Lewis Thompson would later defend the slaughter of women and children:

“The accidental killing of noncombatants during the onslaught was condemned as the deliberate, cruel murder of women and children. By any code which society ever instituted to protect its citizens and punish outlaws, these Indians are guilty of death, as if their crimes were forgotten in the face of their terrible punishment. Punishment, terrible as it was, was not more cruel than the peace role of this government under which the Indians have so long suffered.”

Corporal Dan Starr is reported to have said:

“Baker had made known the paramount feature of his military policy when he announced as a motto, ‘ Nits make lice. ‘ This was the customary way of indicating that children were not to be spared. With this general-extermination idea impressed upon the troops, the camp was quickly surrounded.”

Mountain Chief and his people, upon hearing about the attack on Heavy Runner, avoided the army by crossing the border into Canada.

The Canon and the Mule

Looking for a Home in the 20th Century