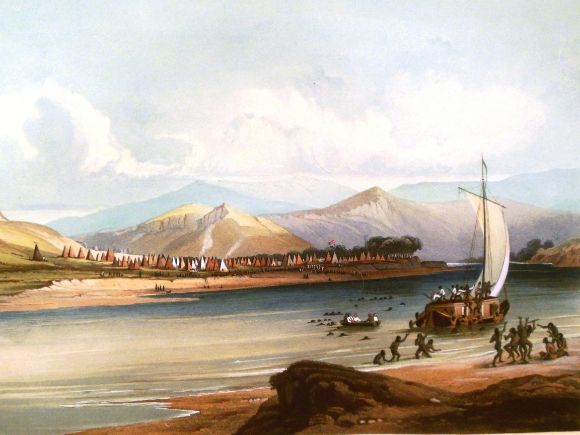 Historically American Indians, particularly those living on reservations, have had the highest poverty rates in the United States. In addition, reservations have some of the highest teen suicide rates in the world. For many American Indian young people the future does not look promising and there is little to break the oppressive cycle of poverty. The most successful approach to dealing with poverty among young people has been education, both classroom education and work education. There are two stories this week about the impact of austerity on Indian youth.

In 2010, the Confederated Salish and Kootenai Tribes, Salish Kootenai College, and the Creston Fish Hatchery sponsored the Youth Conservation Corps to provide 30 summer jobs for high school students. In this program, the students were exposed to natural resource management careers (this is a high priority for the tribes) and provided them with hands-on work experience. Rich Janssen, Department Head of Tribal Natural Resources, reports in the Charkoosta News:

“Due to federal budget cuts, Flathead Indian Reservation youth will lose the opportunity to gain valuable work experience in the outdoors this summer.”

“They gained valuable experience while improving the outdoor recreational experience for everyone. This is the kind of cut that hurts our entire community by limiting options for our youth.”

The University of Montana has announced massive cuts in its teaching staff and reduction of the number of classes being offered. Decreasing support for higher education from the state and federal governments, plus decreasing enrollments due to increased costs of education and the University’s inability to deal with rape scandals associated with its athletic teams, are seen as the causes of the budget shortfalls. While economic austerity has been announced for the University, American Indian students are pushing for a new position in the Financial Aid Office tailored specifically to meet the needs of Indian students.

Between 2004 and 2011, 86% of the American Indian undergraduate students at the University did not graduate. Amanda Stovall, a UM senior and enrolled member of the Crow tribe and former vice president of the Associated Students of the University of Montana, says:

“I really believe that with the Native American center, the University of Montana could become the leading destination for Native American students in the nation. But the reality is we’re not retaining students, so we have to change some things.”

For American Indian university students, the financial aid process is confusing, in part because each tribal government has its own scholarship process, and this means it has its own deadlines for need assessments. This creates additional hurdles for Native students on tuition waivers or higher education scholarships.

In applying a business model to the situation, Stovall says:

“It costs less to retain a student than it does to recruit a student, and we already know we have retention issues around the Native American population. I just feel like it’s the best business decision they could make right now.”