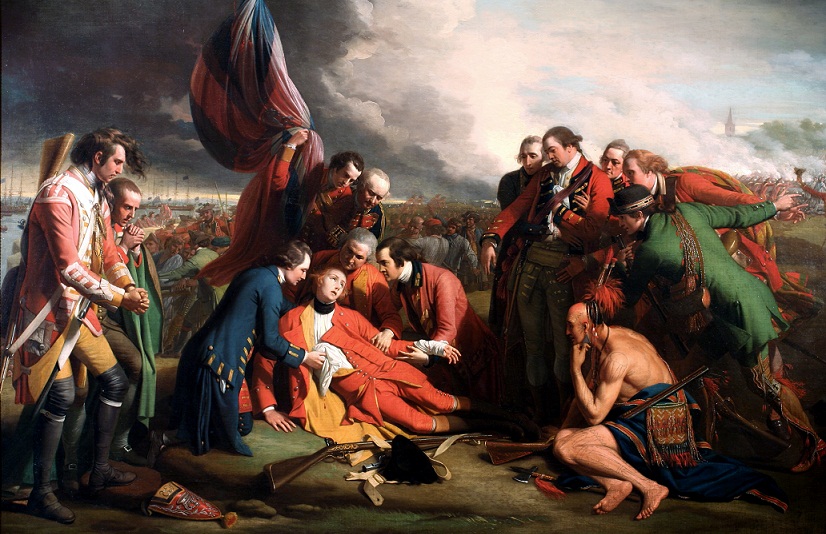 The eastern Canadian province of Newfoundland and Labrador was not only the first area of North America encountered by Europeans, but it also had a long history of aboriginal occupation. The province includes one of Canada’s largest islands—Newfoundland—and the mainland area of Labrador. Described below are some of the archaeological sites which document the aboriginal settlement of the province.

By 6,000 BCE, native people had begun to occupy the rugged mountainous coastline area in Labrador.

In 5,580 BCE, the body of a twelve year old child was buried in a low artificial mound in Labrador. The body, covered in red ochre, was laid in a prone position with the head turned to the west. The grave was about three feet deep and was covered with earth and stones. Grave goods included stone and bone spear points, ochre and graphite stones with a pestle to grind them for making paint, a walrus tusk, a bone pendant, and a flute made from a bird bone.

In 5,300 BCE, on the present-day border between Quebec and Labrador, the body of an adolescent was laid face down between two fires. Around the body’s neck was a bone pendant and a whistle with three stops. A number of objects were placed next to the body: a walrus tusk, a harpoon, some stone and bone weapon points, three stone knives. In addition, red ochre, graphite pebbles, and an antler tine—materials needed to make the ochre into paint—were also buried with the adolescent. The grave was covered with a stone slab and two short rows of upright slabs were set up above the grave. These were then covered with sand and boulders to form a burial mound.

By 5,000 BCE, a way of life that archaeologists call the Maritime Archaic Tradition had developed in New Brunswick, Nova Scotia, Newfoundland, Labrador, and Maine. Subsistence activities focused on sea mammals such as seals (harp, ringed, harbor, gray, and bearded seals), walrus, porpoises, and whales. They were also taking fish and sea birds. In the southern Maritimes and New England they were harpooning swordfish.

The Maritime Archaic people were equally at home on the sea coast and the interior. During the early spring, the Maritime Archaic people were on or near the coast where they could easily take the sea mammals on the pack and landfast ice. In the summer, the sea mammals were less available, but the people stayed on the coast to fish—particularly for Atlantic salmon—and to take birds. At the first snow, they withdrew from the coast to inland hunting locations where they hunted caribou, moose, and elk.

With regard to the stone tools used by the Maritime Archaic people, archaeologist James Tuck, in his chapter in the Handbook of North American Indians, reports:  “Stone was manufactured into spears and lances as well as into axes, adzes, and gouges, which in turn bespeak a heavy woodworking industry, the products of which probably included frames for shelters, weapon and tool handles, boats, dugout canoes, and wooden bowls.”

Spirituality at this time included hunting magic (evidenced in the wearing of charms and amulets) and a well-developed burial ceremonialism. Burials involved the use of red ochre as well as many grave offerings. Graves tended to be oriented toward the east.

In 5,000 BCE, gravediggers in Labrador made a circular pit more than 30 feet in diameter at the L’Anse-Amour site near the Strait of Belle Isle. They placed the body of a child about 12-13 years old in the pit. In The Smithsonian Book of North American Indians: Before the Coming of the Europeans, Philip Kopper reports:  “They lit fires on either side of the body, which was covered with a flat rock and provided with knives or spear points of stone and polished bone; a cosmetic kit of red ochre, graphite paint stones and antler pestle to grind the paint; a walrus tusk; a bone pendant; a bird-bone whistle and a harpoon point. The grave was heaped with sand and then covered with three layers of boulders.”

In 3,350 BCE, Indian people established a coastal village at what is now called the Gould Site in Newfoundland. Their tool kit included gouges for woodworking, projectile points, and fish spears.

In 2,450 BCE, people living along the coast of Newfoundland began a practice of elaborate burials which included offerings of tools, animal bones, carved animal effigies, and small, white quartz pebbles. The offerings were covered in red ochre which would lead archaeologists to call them the Red Paint People. The offerings show that their economy and lifestyle was oriented toward the deep sea. Their tool kit included woodworking tools for making houses and boats, finely made bone and ivory fishhooks, harpoons, lances for hunting whales and walrus, and fish spears.

In 2,400 BCE, more than 100 people were buried at Port au Choix in Labrador. The burials included an equal ratio of men and women. In his book Prehistory of the Americas, Stuart Fiedel reports:  “The bodies had been coated with red ochre, and were provided with tools and ornaments.”

Among the grave offerings were ground slate bayonet points which may have been used for whale hunting. Other tools included harpoons, barbed bone fishing spears, and slate woodworking tools.  Stuart Fiedel also reports:  “The dead were also provided with daggers made of walrus ivory, caribou bone and antler, and with bone awls, needles, tubes, combs, hairpins, whistles, and pendants.”  Shell beads were sewn onto skin garments.

By 800 CE, the Point Revenge culture began to develop in Labrador. According to William Fitzhugh, in his chapter in Cultures in Contact: The European Impact on Native Cultural Institutions in Eastern North America, A.D. 1000-1800, these people “probably spoke a variety of Algonquian languages, used canoes rather than kayaks, painted their bodies and tools with red ocher, and hunted caribou in the interior during the winter and caught fish, birds, and seals on the coast during the summer.”

In making their stone tools, the Point Revenge people used Ramah chert which is found in Ramah Bay in northern Labrador. This chert was also traded to peoples to the south and is found in sites in Novia Scotia, New Brunswick, and New England.

In Labrador, the Late Dorset Eskimo began to establish themselves north of the Port Revenge cultures by 900 CE. According to William Fitzhugh:  “Late Dorset peoples inhabited coastal locations throughout the year and made use of the entire northern coast, including the region around Ramah Bay.”

By 1,000 CE, Thule culture groups began to migrate into Labrador from Alaska. They were practicing a maritime adaptation which focused on hunting large marine mammals, particularly the bowhead whale. According to Susan Kaplan, in her chapter in Cultures in Contact: The European Impact on Native Cultural Institutions in Eastern North America, A.D. 1000-1800:  “The newcomers arrived with dog-drawn sleds, large skin boats (umiaks), and single-man boats (kayaks). With this equipment people and heavy gear could be transported long distances with speed.”

In the fall and winter, the people lived in small, subterranean houses built out of stone, sod, wood, and whale bone. During the whaling season, several settlements would pool their resources in a cooperative endeavor. In the fall, the people would hunt caribou using fences and drives. In the spring they would fish using stone weirs to entrap the fish.