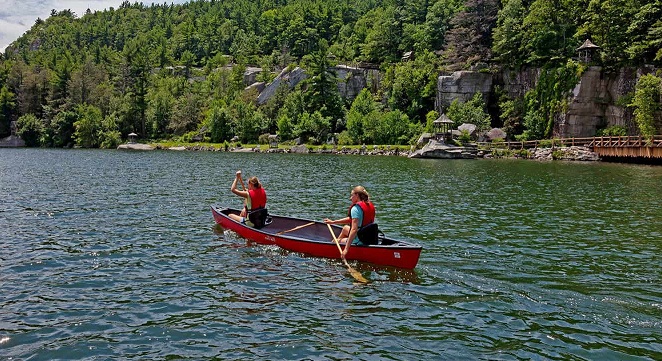 Wealthy people often feel that they know what is best for poor people. From 1883 through 1916, a small group of wealthy philanthropists, who referred to themselves as Friends of the Indian, met annually to discuss American Indian policies. As wealthy men, they had access to Congress, to the President, and to high ranking members of the government. This meant that their recommendations carried more weight than that of the Indian leaders.

In general, the conferences envisioned the transformation of Indians from savages to citizens by three means: (1) breaking up the reservations, (2) making Indians citizens and subject to the laws of the states, and (3) education of the young to make them self-reliant.

The men who gathered each year tended to be well educated, financially secure (most were considered wealthy) and had been born into the upper classes of eastern U.S. society. They often viewed their participation in the conference as a part of their larger Christian obligation to bestow the blessings of Christianity upon all of the under-developed people of the world. While these reformers were genuinely concerned about justice for Native Americans, they were unremittingly ethnocentric. To them, the Indian cultures—the tribal languages, values, religion, social models, tribal governments, the freedom and power allowed to women, communal ownership of the land, the aboriginal lifestyle—were an anathema to modern civilization. They also viewed treaty rights as barriers to civilizing the Indians.

With regard to the Eastern philanthropic friends of the Indians who met at Lake Mohonk, historian Angie Debo, in her book And Still the Waters Run: The Betrayal of the Five Civilized Tribes, writes:  “For some time these theorists had professed an almost mystical faith in the value of private ownership and its power to transform the nature of any Indian who could be persuaded or forced to accept it.”

Believing in the sanctity of the private ownership of land, they had little understanding of Indian culture and little concern for the actual living conditions of the Indians.

In their 1884 meeting, the Lake Mohonk Conference recom­mended that Indian education must teach the English language; that it must provide practical industrial training; and that it must be a Christian education.

The following year, Lyman Abbot, a well-known Congregational clergyman, called for the end to the reservation system. He told the Lake Mohonk Conference:  “It is sometimes said that the Indians occupied this country and that we took it away from them; that the country belonged to them. This is not true. The Indians did not occupy this land. A people do not occupy a country simply because they roam over it.”

Like most Americans at this time, he was apparently unaware that Indians had been farmers and had developed their land long before the arrival of the Europeans. He seemed unaware that many Indian nations lived in permanent villages and did not roam randomly across the land.

Speaking at the Lake Mohonk Conference in 1886, Philip C. Garret, a member of the executive committee of the Indian Rights Association, called for the destruction of the distinctions between Indians and non-Indians. This destruction is stopped by treaties and he asked that the treaties be set aside:  “If an act of emancipation will buy them life, manhood, civilization, and Christianity, at the sacrifice of a few chieftain’s feathers, a few worthless bits of parchment, the cohesion of the tribal relation, and the traditions of their races; then, in the name of all that is really worth having, let us shed the few tears necessary to embalm these relics of the past, and have done with them; and, with fraternal cordiality, let us welcome to the bosom of the nation this brother whom we have wronged long enough.”

In 1887, in an effort to destroy Indian cultures, the Commissioner of Indian Affairs J.D.C. Atkins issued new orders mandating the speaking of English on Indian reservations. Concerned that these new orders might be used to require missionaries to preach in English, the Lake Mohonk conference responded to the order by emphasizing the importance of instruction in English, but warning:  “No policy can be endured which forbids Christian men and women to teach Christian truth, or to prepare instruction in it in any way they deem right.”  In response, Atkins was careful to point out that preaching the Gospel to Indians in the vernacular was not prohibi­ted.

In 1890, a group of Indian policemen had gone to arrest the Sioux Sitting Bull because of rumors that he had intended to attend the Ghost Dance at the Pine Ridge Reservation. After a short skirmish, Sitting Bull was killed by Little Eagle. At the next Lake Mohonk Conference it was reported that all of the policemen were Christian and Sitting Bull was pagan. According to the Conference:

It was the supreme struggle of Paganism against Christianity, and Paganism went down.  That is the second reason why there is this wonderful progress in this religious movement.

The 1896 Lake Mohonk Conference called for the abolition of the tribal system and for Indians to become citizens. At this time, many Indians were not citizens and the only way that they could become citizens was to accept an allotment of land and to be eventually deemed “competent” by the Indian agent.

Occasionally, the Friends of the Indians did more than just talk about Indian issues. In 1902, the Mohonk Lodge was opened in Oklahoma to stimulate the art of the women in the surrounding tribes – primarily Kiowa, Comanche, and Apache. The store, first proposed by Christian missionaries at the Lake Mohonk Conference, provided the women with hides, beads, paints, and other materials at cost. When the items were completed, they were sold back to the store to provide the women with cash. In addition to new art items, some family heirlooms, such as cradles, were also sold to the Mohonk Lodge.

At their 1903 conference at Lake Mohonk in New York, they discussed: (1) the abolition of the Indian Bureau and all Indian agencies; (2) the extinction of all Indian tribal governments; and (3) the division of communal tribal land holdings among individual Indians.

The influence of the Lake Mohonk Conference was seen in 1905 when Commissioner of Indian Affairs Francis Leupp published “Outlines of an Indian Policy” in Outlook. In his book Theodore Roosevelt and Six Friends of the Indian, Historian William Hagan reports:  “Much of it was familiar to anyone who attended the conferences at Lake Mohonk. Like those people, he believed that the effort should be concentrated on the youth and that they should be prepared to survive on a ranch or a farm.”

Leupp felt that individual Indians should sever their tribal ties as soon as they became self-sufficient.

In 1905, the Lake Mohonk Conference came out against tribal funds being used for financing sectarian school. The move was basically anti-Catholic and was intended to prevent the financing of Catholic schools.

While the philanthropists who met at Lake Mohonk strongly believed in the breaking up of the reservations through the allotment of the tribal lands to individual Indians, most Indians actively opposed allotment. In 1906, for example, the White River Ute expressed their displeasure with allotment by attempting to leave the reservation. The army made a strong show of force and “persuaded” them to return to the reservation under military escort. Speaking about the Ute situation at the Lake Mohonk Conference, the Commissioner of Indian Affairs recommended not feeding them:  “It was not the government’s fault that they took the course they did in order to get into a place where they could live in idleness and eat the bread of charity. If they persist in that course they will be made to understand what the word ‘must’ means.”  His words were met with a round of applause

Toward the end of its existence, the Lake Mohonk Conference began to turn its attention to the Indian situation in Oklahoma. With allotment and statehood, the tribal governments were now powerless and the utopia envisioned as coming about through privatization had not materialized. Instead, the non-Indians’ greed had no limits. In 1914, Indian reformer Kate Barnard spoke to the group. Angie Debo reports:  “A perfect storm of emotion swept her audience as, with considerable inaccuracy of detail but deep sincerity of feeling, she told of the destruction of her work and her personal struggle with disillusionment and a sense of futility.”

As a result both the Lake Mohonk Conference and the Board of Indian Commissioners began to work for increased federal protection for the Oklahoma tribes.

At the same time, the Lake Mohonk Conference embarked upon an anti-peyote campaign.  They suggested that the federal prohibition of intoxicating liquors be expanded to include peyote. In this way more sanctions could be brought against the new Indian religious movement without the appearance of suppressing religion.

In 1914, Winnebago educator Henry Roe Cloud addressed the annual Lake Mohonk Conference:   “Education unrelated to life is of no use. Education is the leading-out process of the young until they themselves know what they are best fitted for in life.”

The last annual meeting of the Lake Mohonk Conference of the Friends of the Indian was held in 1916. The conference organizer and resort owner, Albert Smiley, had died in 1912.