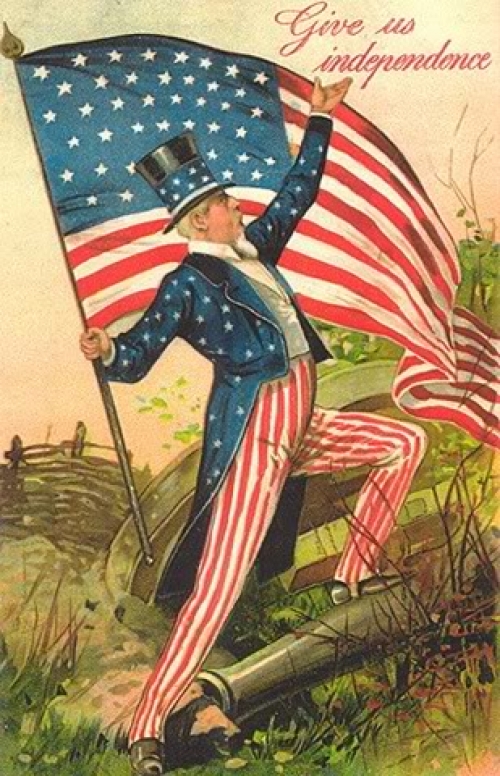 Archaeology in the United States is often said to have started in 1764 when amateur archaeologist Thomas Jefferson had his African slaves dig up hundreds of Monacan skeletons so that he could learn more about their mortuary customs. During the next century and a half, many ancient American Indian sites would be dug up by archaeologists, both amateur and professional, who were unable to determine the actual age of these sites. There was lots of speculation about the age of these sites, but very little hard data regarding their antiquity. During the twentieth century, however, this changed with the development of a number of scientific methods for determining the age of an archaeological site.

In 1901, University of Arizona astronomer A. E. Douglass began doing research on tree rings which developed into an archaeological dating method known as dendrochronology. Douglass was studying the effects of sunspots on climate. Since he did not have weather records long enough to be tested for correlation with the 22 year sunspot cycle, Douglass turned to the rings of coniferous trees as potential proxy climate indicators.

From the perspective of archaeological data, there are two basic categories of trees: complacent and sensitive. Complacent trees have rings of uniform width and therefore have no use for dating. In sensitive trees environmental conditions influence the width of the annual rings. Within broad limits, sensitive trees in any geographic region exhibit the same growth patterns. Since the width of the rings varies from year to year, an overall chronological sequence can be established. Material from an archaeological site can be compared to this sequence and it can be determined when the tree died.

In his entry on dendrochronology in The Oxford Companion to Archaeology, Jeffrey Dean writes:

“Thus, dendrochronology became the first of many independent dating techniques used in archaeology.”

Tree-ring dating is a straight-forward procedure, at least in principle. In practice, it can be astonishingly difficult. It is not simply a matter of counting tree-rings. Jeffrey Dean explains:

“The fundamental principle of dendrochronology is crossdating, the matching of identical patterns of variation in ring morphology among trees in a particular area.”

Crossdating is generally done via covariation of ring widths. According to Dean:

“A tree-ring date is determined by finding the unique point at which the ring-width sequence of a sample matches the pattern of a dated chronology.”

In other words, dendrochronology is used to create a master chronology of the tree ring patterns for a specific region. The find from a particular site can then be compared to patterns from the chronology and in this way the age of the wood is determined.

Summarizing the importance of dendrochronology to archaeology, Brian Fagan writes in his book Quest for the Past: Great Discoveries in Archaeology:

“Tree-ring chronologies are extremely accurate, but they are limited to relatively recent times, and to areas with well-defined rainfall patterns.”

In The Atlas of World Archaeology, Paul Bahn puts it this way:

“Although dendrochronology can provide a reliable method of dating, its use is limited to areas where timber was much used and/or where it has been preserved by dry or damp conditions. It has had its most impressive results in the American Southwest and Scandinavia.”

Another area where dendrochronology has been very useful has been in Ireland. Irish archaeologist Laurence Flanagan writes in his book Ancient Ireland: Life Before the Celts:

“Ireland proved to be an ideal subject for dendrochronology, because timbers of oak were available from all time periods. An overlapping chronology was eventually established that stretched back from the present day to nearly 6000 BC, so that substantial pieces of wood from any point in this period could be accurately dated.”

Dendrochronology in Ireland, and in other areas, has also been useful in fine-tuning other chronometric dating methods. In Ireland, for example, Laurence Flanagan reports:

Another major advance in chronometric dating came with the development of radiocarbon dating. This dating method was developed in 1949 by Chicago chemist Willard Libby as a result of the Manhattan Project (i.e. the development of the atomic bomb during World War II). It is based on the principle that radioactive carbon in the atmosphere is absorbed by all living things. At death this absorption stops and a steady decay of carbon begins. Since the half-life of the radioactive carbon is known (5,568 years), measuring the amount of carbon remaining can determine the age of the material.

There are a couple of limitations regarding radiocarbon dating. First, only materials which were once alive—wood, plant matter, bones, etc.—can be used. Metal and stone cannot be dated with radiocarbon.

Second, it is generally used to date materials less than 40,000 years old. Beyond this time, the amount of remaining radioactive carbon is so small that it is difficult to measure. However, the use of an accelerator mass spectrometer allows dating of older and smaller samples. With this, materials up to 100,000 years old can be dated.

Radiocarbon dates are not as precise as those obtained through dendrochronology and are given in archaeological reports as estimates. Radiocarbon dates are often accompanied with a + or – estimate showing the accuracy of the dated material. It is common for radiocarbon results to be published as “years BP” where 0 BP (“before present”) is 1950 CE.

With regard to the importance of radiocarbon dating, Stuart Fiedel writes in his book Prehistory of the Americas:

“It allowed archaeologists to transcend their former obsession with chronology. Given a framework of absolute dates, they could move on to compare the cultural sequences in different areas, to investigate the cause of variation in the rates of cultural development.”

Radiocarbon dating today is the most widely used dating technique in archaeology. With regard to the impact of radiometric dating in archaeology, Andrew Moore, writing in Archaeology, says:

“Advances in the precision of radiometric dating are radically changing our views of the timing of key events in the human timeline.”

Moore goes on to write:

“In ways that past generations of archaeologists could never have imagined, we are able to refine our knowledge not just of what happened, but when it happened. These new insights, some subtle, and some dramatic, will continue to clarify our human past.”

“The use of radiocarbon dating, which allows archaeologists to estimate the age of human, plant, and animal remains, may soon be complicated by fossil fuel emissions.”

Fossil fuels which are millions of years old are putting carbon into the atmosphere which contains no radioactive carbon and this carbon is absorbed into organic materials. By 2050 it is estimated that the radiocarbon date for a brand new garment made from organic materials such as cotton will produce the same radiocarbon date as a garment worn in the Battle of Hastings in 1066.

Another dating method which has been used to date many American sites is obsidian hydration which can be used for dating sites from 200 to 100,000 years old. When a piece of obsidian is chipped to make a tool, the freshly exposed surface begins to absorb water at a rate that depends on the source of the obsidian, the temperature, and the humidity. In their report Prehistoric Use of the Coso Volcanic Field, archaeologists Amy Gilreath and William Hildebrandt write:

“That moisture penetrates volcanic glass at a predictable and, hence, quantifiable rate is at the foundation of obsidian hydration dating.”

By examining a thin section of the tool under a microscope and measuring the thickness of the hydration layer, the date of manufacture can be calculated.

Obsidian hydration dating has been used primarily in California and the Great Basin. In Mesoamerica, it has generally been used to supplement other dating methods.

Ancient America: Nebraska Prior to 6000 BCE