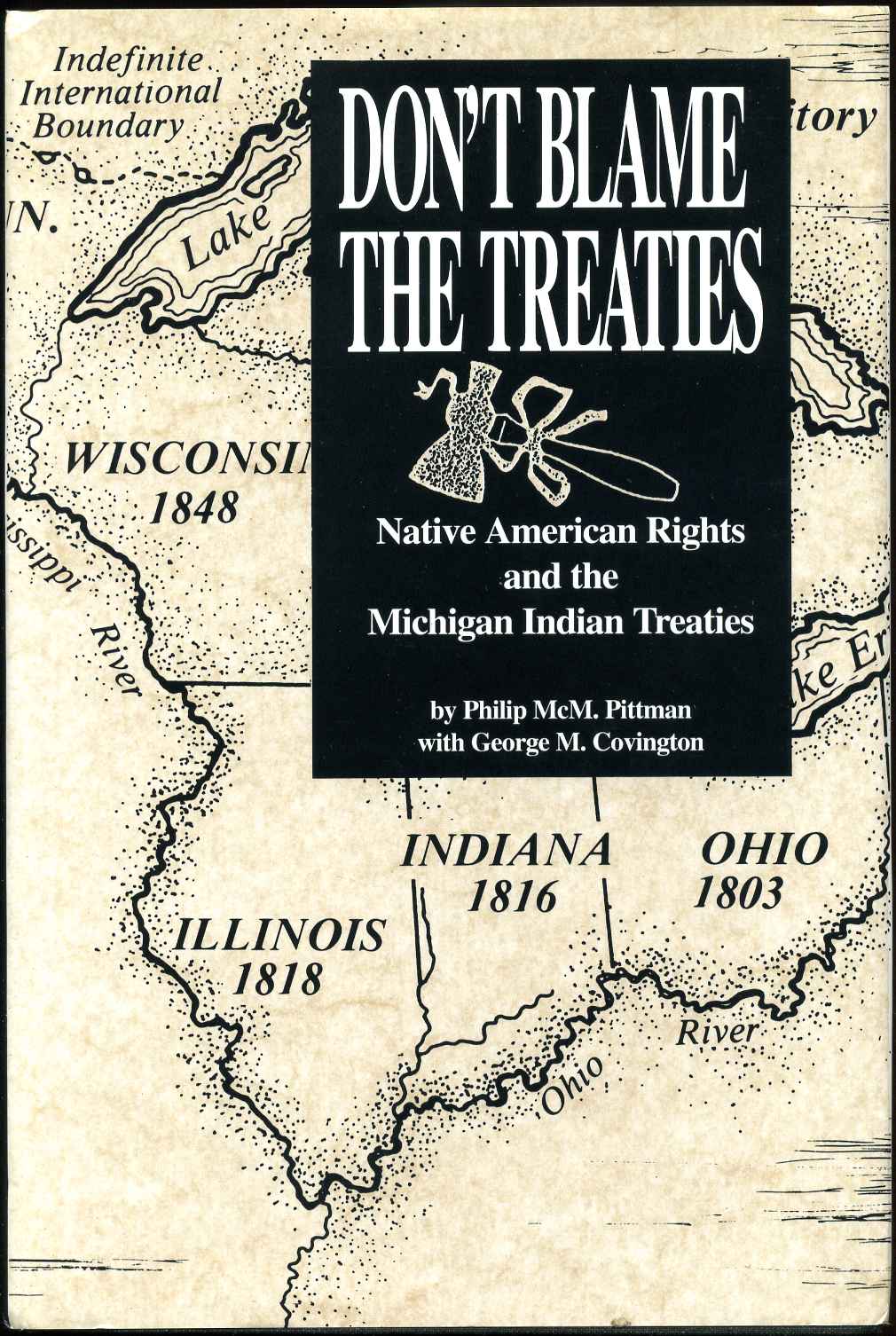 A treaty is simply an agreement between two or more sovereign nations. Following the Constitution, the United States recognized Indian nations as sovereign entities and thus negotiated treaties with them. From the viewpoint of American law, there are three basic steps involved in the treaty process: (1) the treaty is negotiated, (2) it is then ratified by the Senate, and (3) it is proclaimed (signed) by the President. At this time, the treaty is considered to be in force and is a law which is superior to that of local or state laws.

In Washington, D.C., a Cherokee delegation including Major Ridge, Richard Brown, Cheucunsenee, John Walker, John Lowry, Richard Taylor, and John Ross, met with U.S. government officials to request compensations for damages done by American soldiers going through the Cherokee Nation at the end of the Creek war. However, the delegation was persuaded to sell their South Carolina land for $5,000. The United States, however, agreed to recognize the Cherokee claim to four million acres of land in Georgia and Alabama that had been taken from the Creek. Under the agreement, government troops would help evict illegal settlers.

The Cherokee delegation met with President James Madison in the Octagon House which was serving as the President’s residence while the fire-gutted White House underwent renovations. In his book Toward the Setting Sun: John Ross, the Cherokees, and the Trail of Tears, Brian Hicks reports:

“For the entirety of the short meeting, the president did all the talking. He promised the Indians that any of their tribesmen permanently disabled in the war would receive the same pension benefits as white soldiers, and he assured them the government would pay for the damage done by troops to the Cherokee Nation—‘as much as what is right.’”

General Andrew Jackson was furious with the new treaty and met with a group of Cherokee chiefs under the leadership of Toochalar in Alabama. Journalist Stanley Hoig, in his book The Cherokees and Their Chiefs: In the Wake of Empire, reports:

“Unable to persuade the Cherokees to give up valuable portions of their land south of the Tennessee River, Jackson turned to the tried-and-true method of bribery of the chiefs and interpreters.”

Those accepting bribes included Glass, Boat, Sour Mush, Chulioa, Dick Justice, Richard Brown, and Chickasautchee. As a result, the Cherokee gave up most of the land gained in the previous treaty for an annual payment of $5,000 for ten years. Among those signing the treaty was Sequoia. Path Killer, the Cherokee principal chief, was not present.

In her book The Cherokees, Grace Steele Woodward reports:

“To protect themselves from the wrath of the council, the delegation of twelve who signed the treaty with Jackson did so with the understanding that the Cherokee National Council must ratify it before it became final.”

In Wisconsin, a delegation of 11 Winnebago chiefs, including Naw-Kaw and Spoon Decora traveled to St. Louis, Missouri to sign a treaty of peace and friendship with the United States. Anthropologist Nancy Lurie, in an entry in Handbook of North American Indians, reports:

“Although these Winnebagos made clear that they represented only their own Wisconsin River village, the fact that Naw-Kaw made the overture indicated the official direction of tribal policy.”

“Here, for the first time, I touched the goose quill to the treaty — not knowing, however, that, by that act, I consented to give away my village. Had that been explained to me, I should have opposed it, and never would have signed their treaty.”

In Mississippi, the United States negotiated a new treaty with the Choctaw to settle some boundary difficulties arising from the end of the Creek war. The treaty negotiations were friendly. In his book The Removal of the Choctaw Indians, Arthur DeRosier reports:

“The Choctaws also were promised that they would always be the friend of America and that never again would the United States allow them to be mistreated.”

In the southeast, the Chickasaw ceded all of their territory south of the Tennessee River and west of the Tombigbee River to the United States.