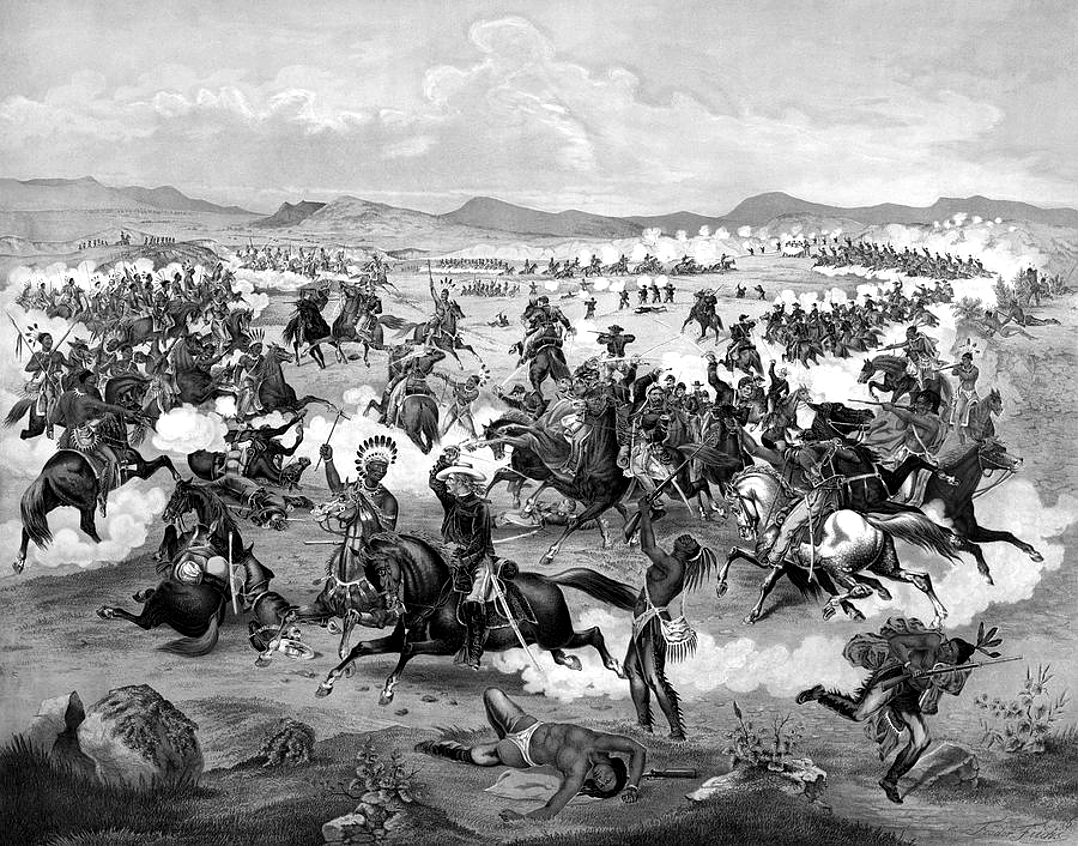 The designation “Sioux” is used to describe many different tribes who are divided into three linguistic divisions: Dakota, Nakota, and Lakota. While relative late-comers to the Northern Plains—they did not become horse-mounted Plains Indians until about 1775—by 1866 they had a reputation among non-Indians as one the of the fiercest and most war-like Plains Indians. Briefly described below are some of the Sioux events for 1866.

Sioux leader Red Cloud and others met with U.S. officials at Fort Laramie to discuss the Bozeman Trail. General Sherman provided the Indians with goodwill gifts of powder, lead, and food. According to historian Richard Dillon, in his book North American Indian Wars:

“The Government asked permission for emigrants to cross lands recently granted to the Sioux and Cheyenne, but the General also sought permission for three forts to be built on the Bozeman Trail connecting the Platte River with Montana’s mines.”

Red Cloud broke off the negotiations because the United States had brought in soldiers to use as a threat of force. In the months that followed, the Oglala and other Sioux tribes engaged in guerrilla war along the Bozeman Trail, making it dangerous to travel.

The army, under orders to protect the gold seekers, established Fort Reno, Fort Phil Kearny, and Fort C.F. Smith along the Bozeman Trail. The army was determined to make the Bozeman Trail a major thoroughfare to the Montana gold fields. The United States government was reeling under the immense financial strain of the Civil War and saw the Montana gold fields as one answer to the financial problems.

In one battle near Fort Phil Kearny in Wyoming, Captain William J. Fetterman and 80 soldiers were killed by Oglala and Cheyenne warriors. The Cheyenne were under the leadership of Little Horse, a contrary. Accompanying the Cheyenne were four Crow warriors, including one woman warrior. The soldiers in the fort prepared to blow it up if the Indians broke through their defenses and the message from the fort was “We are fighting a foe that is the devil.”

“We must act with vindictive earnestness against the Sioux, even to their extermination, men, women and children. Nothing else will reach the root of this case.”

General Sherman used the term “Sioux” as a way of referring to all “hostile” Indians.

“As for the Sioux, and their allies and accomplices, it is my clear and positive conviction that they will never be reduced to friendly and reliable relations with the whites but by the strong and crushing hand of the military power of the nation.”

In Montana, Green Clay Smith was appointed as Territorial Governor. In his first address to the Territorial Legislature he vowed to take a hard line policy against Indians he deemed as hostile. He stresses that “we will be just and fair to them, but they must respect our rights.” He also expresses particular dislike for the Sioux.

In Montana, Oglala Sioux leader Red Cloud visited the Crow, bringing them gifts of tobacco, horses, and ammunition. The Oglala asked the Crow to join them in their fight against the Americans. The Crow, who had long been Oglala enemies, declined to join them.

In Montana, an Indian camp on the Powder River grew to 1,000 lodges of Cheyenne, Arapaho, and Sioux (Oglala, Brule, Miniconjou, Sans Arc). A war party of 3,000 warriors was formed to attack the army station on the Platte River Bridge, near present-day Casper, Wyoming.

The warriors lured a small detachment of soldiers away from the station and then ambushed them. Farther upriver, another group of warriors attacked a small wagon train and killed all of the soldiers. Historian Anthony McGinnis, in his book Counting Coup and Cutting Horses: Intertribal Warfare on the Northern Plains 1738-1889, reports:

“In terms of Indian warfare, both of these brief limited engagements were worthwhile because individuals accomplished heroic deeds and achieved a great victory. The war party had attained sufficient glory for one day.”

The warriors returned home without attacking the army station.

In North Dakota, the army moved Fort Union downstream on the Missouri River and renamed it Fort Buford. Historian Robert Larson, in an article in Montana, the Magazine of Western History, writes:

“Although it could be argued that the fort was strictly a defensive military post guarding a possible route to the Montana gold fields, many northern Lakota felt its construction was not in harmony with the treaties drawn up at Fort Rice.”

The construction of Fort Buford at the confluence of the Missouri and Yellowstone Rivers in North Dakota provoked a series of attacks by the Hunkpapa Lakota Strong Heart Warrior Society under the leadership of Sitting Bull.

In North Dakota, a new military fort was established on the Missouri River twelve miles below Fort Berthold. The new fort, Fort Stevenson, was viewed by the Sioux as another provocation.