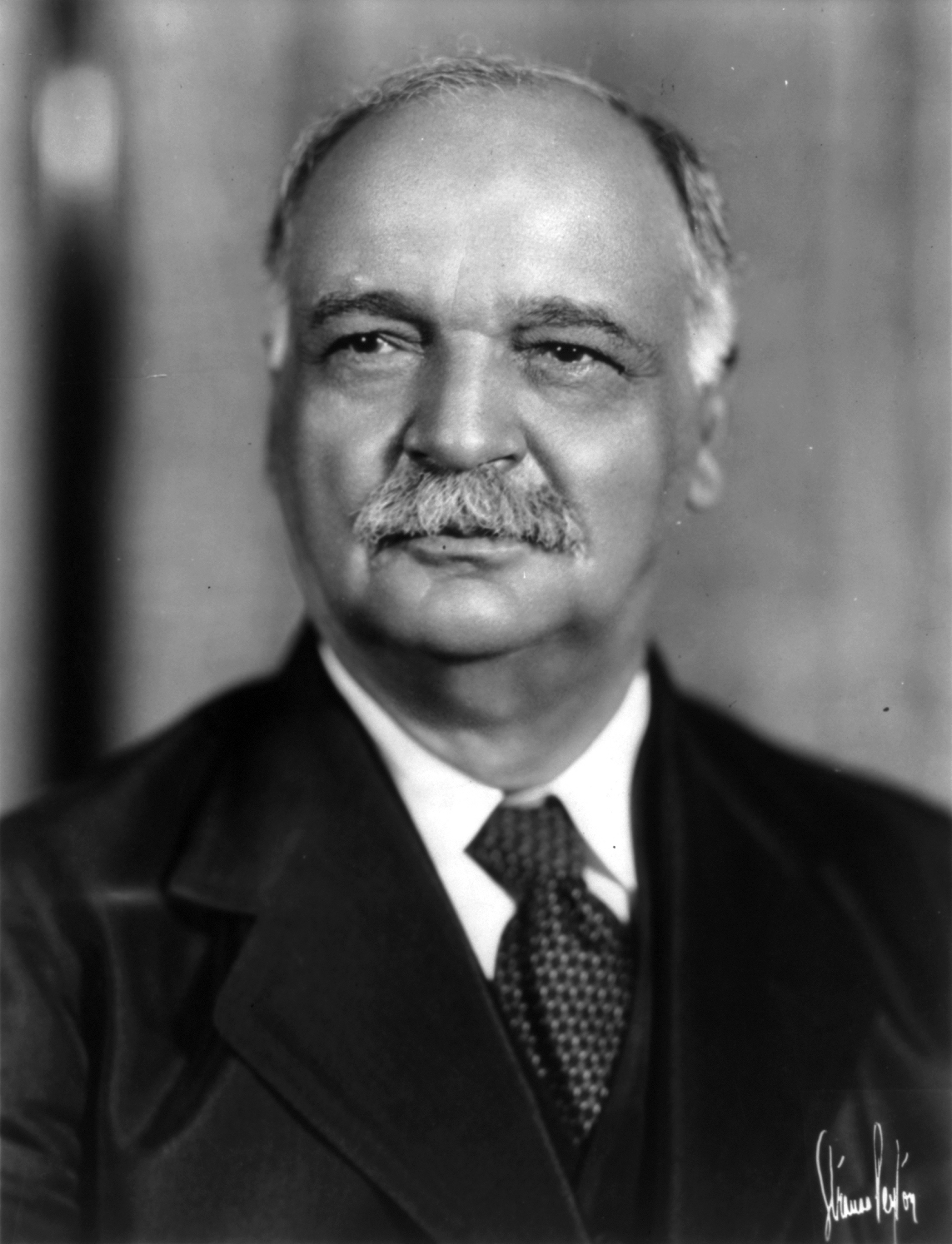 Indian citizenship and participation in American politics involves more than just voting: it also involves having Indians elected to public office. One of the first Indians to be elected to national office was Charles Curtis.

Curtis was born in 1860 near present-day North Topeka, Kansas. His mother was a descendent of Kansa (also called Kaw) chief White Plume. White Plume was the son of an Osage chief and had been adopted into the Kansa. Later, Curtis’s tribal affiliation would be listed as Kansa (or Kaw) or as Kansa-Osage.

In 1863, following the death of his mother, he was placed in the home of his paternal, non-Indian grandmother, Pamela Hubbard Curtis. In his biography of Curtis in the Encyclopedia of North American Indians, William Unrau writes:

“A stern person who insisted that the Methodist Church and the Republican Party [were] the keys to salvation, she exerted a considerable influence on Curtis’s education.”

At age 6, he went to live with his Kaw grandmother, Julie Gonville Pappan, on the Kaw reservation in Kansas. He attended the Friends Mission School. When the Kaws were later removed to Indian Territory he was returned to the home of his paternal grandmother.

Following high school, Curtis read law under Topeka attorney Aderial H. Case and was admitted to the Kansas Bar at the age of 21. He soon entered politics as a Republican. In 1885 he was elected county attorney for Shawnee County and his political career began. Shawnee County at this time was dry and as county attorney, he shut down most of the bootleg bars in the county.

In 1892 was elected to Congress and began the first of eight terms in the House of Representatives. With regard to his political campaigning, William Unrau writes:

“His small talk of local affairs, family, and the weather was rendered all the more effective by his penetrating eyes, his engaging smile—and his Indianness, at a time when most whites nostalgically anticipated the demise of Indian America.”

Like many others of this era, Curtis felt that Indians had to be assimilated into American culture. Assimilation meant that traditional cultures and languages had to be destroyed. Sociologist Laurence French, in his book The Qualla Cherokee: Surviving in Two Worlds, writes:

“He championed the rights of Indian orphans and women even as he advocated the interests of the oil, gas, and coal companies that were cheating tribal governments of their natural resources.”

In 1898, Curtis wrote a bill to extend the provision of the Dawes Act over Indian Territory (now Oklahoma). The Act—commonly known as the Curtis Act—stipulated that tribal governments would continue to exist only to issue allotment deeds to tribal members and to terminate any other tribal business. The Act is officially entitled “An Act for the Protection of the People of Indian Territory and for other purposes.” In his book The Dawes Commission and the Allotment of the Five Civilized Tribes, 1893-1914, Kent Carter reports:

“The ‘protection’ part of the proposed legislation was intended to help all of the unfortunate whites (many from Curtis’s state, Kansas) who had entered Indian Territory, whether invited or not, but who had no voice in government, no schools, and no protection against criminals.”

One of the tribes for which the Curtis Act would have major impact was the Cherokee. The Cherokee objected to the bill and sent a delegation to Washington to testify but they were not allowed access to the rooms where committees were debating the bill. Corporate representatives, on the other hand, had free access to the committees.

With the 1902 Kaw Allotment Act, the Kaw Nation was officially dissolved. Since Curtis had not moved with the Kaw to their reservation in Indian Territory, his name had been removed from the tribal roles in 1878. He was returned to the tribal roles in time to share in the allotment of the Kaw reservation. As enrolled members of the tribe, Curtis and his three children received a total of 1,625 acres in Oklahoma.

In 1907, Curtis was elected to the United States Senate. He was defeated for re-election, but ran again in 1914 and served in the Senate until 1929.

While in the Senate, he attempted to prohibit the Indian use of peyote (a sacrament used by the Native American Church). His efforts on this matter, however, failed to pass.

In 1921, he supported the Secretary of the Interior’s efforts to minimize the sovereignty of Pueblo tribal governments. In his profile of Curtis in Notable Native Americans, George Abrams reports:

“Curtis was philosophically and politically antagonistic to some forms of traditional American Indian tribal government.”

In 1928 he made an unsuccessful bid for the Republican presidential nomination. However, he ran as Herbert Hoover’s vice-president and was elected. At the inauguration in 1929, he had an Indian jazz band perform. William Unrau writes:

“As vice president, Curtis called for improving the life of American Indians, yet he provided no details as to how this was to be accomplished.”

George Abrams puts it this way:

“During his tenure, Curtis spoke for American Indians whenever the occasion arose. He has generally been viewed as having served a rather lackluster tenure of vice president.”

When he retired from public elected life in 1934, having been defeated for re-election, he had served longer in Washington, D.C. than any active politician. He was the last vice-president to wear a beard or mustache while in office.

In addition to promoting Indian assimilation, Curtis was also a strong supporter of women’s suffrage and Prohibition. He died in 1936.