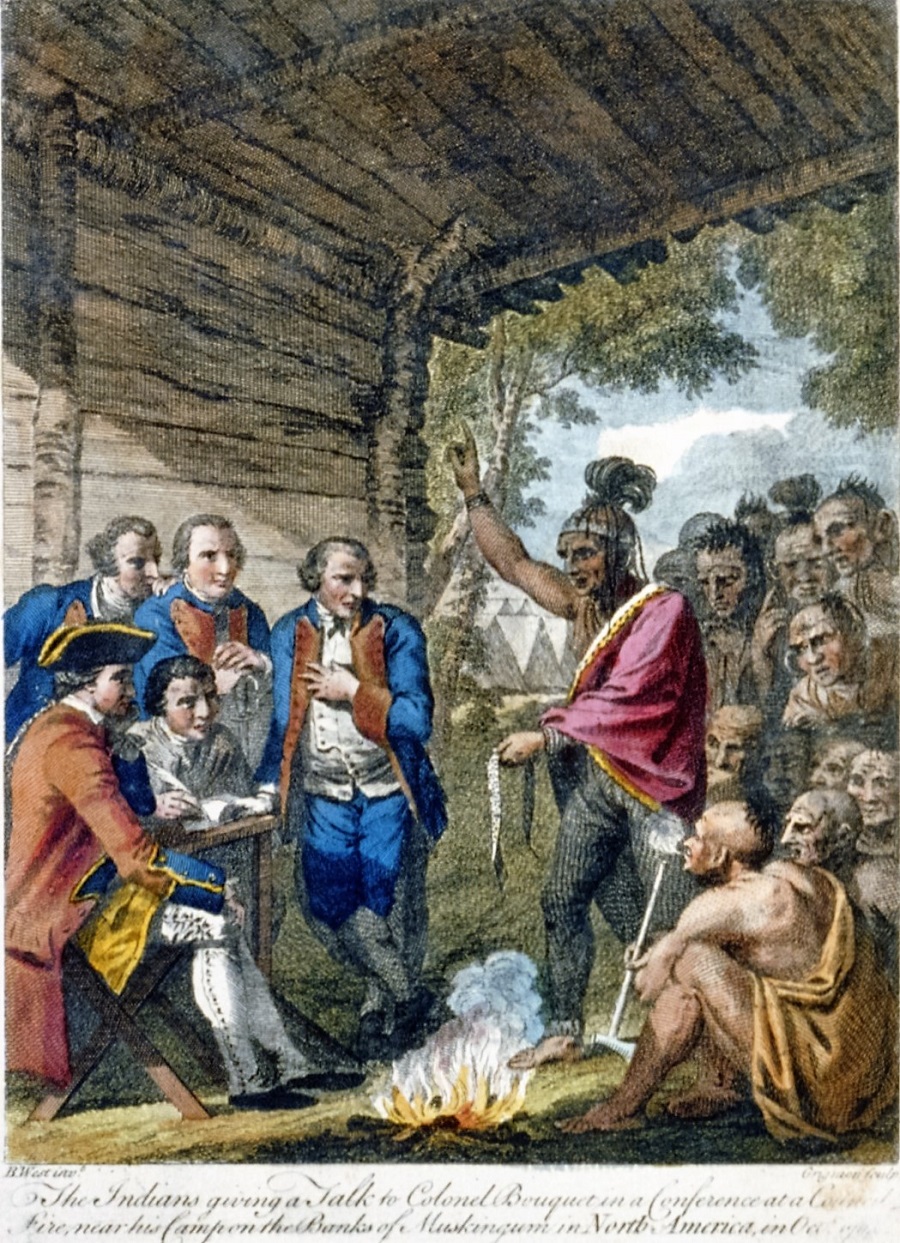 The fur trade was an important part of the economic history of North America and incorporated American Indian economies into a larger world economy. Furs were valuable, easily portable, and renewable resources. The prime furs—marten, otter, fox—were sold at high prices in the European and Chinese markets. Of less value, but still profitable, were pelts from buffalo, beaver, muskrat, and squirrel.

In addition to trade in furs, there was also a vigorous trade in deer hides which were used by European manufacturers for bookbinding, for making gloves, for making deerskin breeches, and for making saddles and saddlebags. During the first part of the eighteenth century, Indians supplied British traders with over 50,000 deerskins per year.

In Canada, the fur trade was dominated by the French and by the English. The French used the fur trade as an instrument of French imperial policy. The trade was controlled by servants of the Crown and the prices offered to the Indians for their furs was intended to be generous enough to keep them from trading with the British.

“These marriage alliances were regarded favourably by the Indians, since they strengthened the bonds between the two races, but they were frowned on by the royal officials and the clergy, who maintained that the offspring of these marriages combined the worst features of both races.”

British trade in Canada was conducted by the Hudson’s Bay Company which had been granted a royal charter by the English Crown in 1670. F. Lee Graves, in his book Montana’s Fur Trade Era, writes:

“The regal charter granted the Company absolute proprietorship, supreme jurisdiction in all civil and military affairs, the power to make and interpret laws, and even the power to declare war against ‘pagan’ peoples.”

As with the French, the British traders also married Indian women. In her book Slavery in Indian Country: The Changing Face of Captivity in Early America, Christina Snyder writes:

“Before Indians could trade with Europeans, they first had to establish a formal social relationship. Marriage between British traders and Native women provided a solution.”

Briefly described below are some of the events of 1717.

In Florida, a number of Lower Creek towns, dissatisfied with the English traders, returned to their old territory along the Chattahoochee River in Spanish territory.

The French established a trading post at Thunder Bay, Ontario and this was accompanied by the establishment of an Ojibwa village.

In Ontario, the French sent Zacharie Robutel de La Noue west of Lake Superior in search of an inland route to the Western Sea. He established trading posts at Kaministiquia and Rainy Lake. He encouraged the Sioux in the Boundary Waters Area to go to war against the Cree and the Assiniboine who were trading with Hudson’s Bay Company.

In New England, the British engaged in both colonization—the settlement of British people on what had been American Indian lands—and colonialization—the imposition of British rule (that is, British law) on American Indian nations. These two practices helped maintain a segregated society in which potential contact between Indians and the British colonists was reduced. One example of colonialization can be seen in Rhode Island where three British overseers were appointed to regulate land leasing and trespassing on the Narragansett reservation.