The First Nations of North America began to be incorporated into the global marketplace with the establishment of the fur trade in the seventeenth century. Very shortly, First Nations began to become intertwined with transnational corporations or at least one corporation in particular: Hudson’s Bay Company (HBC, sometimes called “Here Before Christ”).

The English Crown granted a charter incorporating the Hudson’s Bay Company in 1670. They were given by the Crown the right to govern all of the lands which drain into Hudson’s Bay. This area was designated as Rupert’s Land. Under their Crown charter, HBC had the power to: (1) establish laws and impose penalties for the infractions of these laws, (2) erect forts, (3) maintain ships of war, and (4) make peace or war with the Natives. In other words, HBC had all of the powers of a sovereign state.

With regard to their relationship with the Native peoples of North America, HBC viewed them as trading partners rather than as subjects. While not officially encouraged, many of the HBC traders intermarried with the Natives, thus creating kinship networks that enhanced HBC trade. One of the HBC Governors wrote:

“Connubial alliances are the best security we can have of the goodwill of the Natives. I have therefore recommended the Gentlemen to form connections with the principal Families immediately on their arrival.” 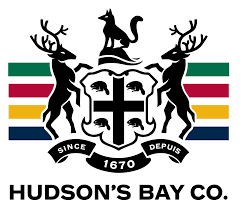 The offspring from these marriages provided several generations of employees for the company-employees who knew both the European culture and the indigenous cultures.

While the focus of HBC was on the bottom line, that is, making a profit, one of its byproducts was religious change. As they extended their trading posts and influences in the western Rockies and Columbia basin, HBC employed Iroquois voyageurs who had some knowledge of the Christian religion but loved to sing Catholic hymns, relying on their rhythms to measure the oar strokes of the trade canoes. The Iroquois inspired both the Nez Perce and the Flathead to later send expeditions to St. Louis to request Christian missionaries.

The most famous trade good developed by HBC was the blanket. By 1740, the Hudson’s Bay Company was making a specially designed trade blanket. These blankets were heavier than other trade blankets and were made of pure wool. Each blanket was assigned a certain number of “points” based on its weight and a series of stripes indicating the “points” were woven into the blankets. In this way the trade value of the blanket was easily seen by both trader and the Indian fur trappers.

The other important trade good was alcohol. Alcohol is an ideal trade item as it is easily consumable, it is addictive (meaning that the Natives always want more), and it meant that intoxicated Indians were less aware of what they were doing during trade negotiations. Initially, HBC had a policy against trading alcohol to Indians, but then in 1776, they suddenly had major competition. A group of Canadian traders formed the North West Company. While HBC was headquartered in London, the Nor’westers were out of Montreal.

The Nor’westers supplied the Indians with a concoction called “high wine:” a mixture of brandy, dark rum, sweet sherry, tawny port, cloves, nutmeg, and cinnamon, with water added according to circumstances. Rivalry between fur trade companies led to Hudson’s Bay Company abandoning its policy against providing alcohol to the Indians. Soon alcohol supplanted other goods in desirability and become the most important single item in the trade.

The competition between the two companies led to open warfare, including attacking and capturing forts. In 1816, for example, the Pemmican War began when HBC captured and burned the North West Company’s Fort Gibraltar. In the months that followed both sides fielded armies in a guerrilla war. In 1821, the Crown stepped in and ordered the two companies to merge. With that the North West Company disappeared and alcohol sales to the Indians was reduced.

By 1856, the Canadian Indian Department was under the influence of the Hudson’s Bay Company. In Ontario, the Indian agent delayed annuity payments so that a lack of money over the winter would keep the Natives from purchasing goods from free traders.

In 1870, the Hudson’s Bay Company transferred Rupert’s Land and the Northwestern Territory to Canada. Rupert’s Land was the area drained by Hudson Bay and included northern Quebec, Ontario, and Manitoba. The Northwestern Territory included Manitoba, Saskatchewan, Alberta, and the Yukon. With this, the reign of HBC as a sovereign state in Canada was over.