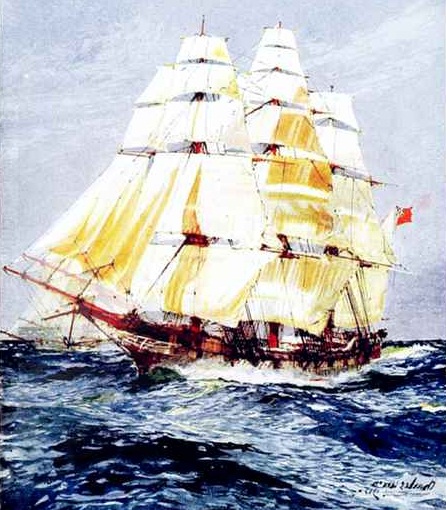 Nearly one century and a half after the death of Roman Nose, Apostle Jay Swallow is on the War Council, has accepted the apology from the United States on behalf of all Tribal Nations, wars against evil, possesses medicine to make rain, and has divine authority to commit cultural genocide.

Apostle Jay Swallow was instrumental in relieving the historical trauma and grief from all American Indians.

“Apostle Jay Swallow accepted the apology from Sen. Brownback on behalf of Native Americans.” In fact, him doing so stopped the dominant culture from further encroaching on sacred sites, fixed the voting problems on all reservations, halted the teen suicide epidemic, stopped violence against Native American women in its tracks, and began the adherence to all treaties  by the United States. It was a sincere apology, if there ever was one.

But more fabulously flabbergasting than Apostle Jay Swallow accepting the apology on behalf of all tribes, because that began the adherence to all treaties by the United States, is his rain medicine. During a séance I asked Sweet Medicine –

One story that I want to touch on and talk about is our Cheyenne prophet Sweet Medicine. Sweet Medicine was a very powerful person. He was a medicine man that was the one that gave us a lot of the teaching of the Cheyenne way of life-our traditional ceremonies, our language and our traditional laws that would govern us as people as we progressed in the future.

Sweet Medicine, (L ), is how you say his name. He was a culture hero among the Cheyenne. He started his life among the Cheyenne as a prophet at a very young age and he took refuge at the sacred mountain, (L), Bear Butte. That was where he was taught inside a cave and stayed there for a period of four years. While he was inside this cave he was given special instructions, teachings and gifts from the supernatural power of spirits. Those spirits are the ones that guided him and told him, “These are going to be the ways of life for the Cheyenne people”.

– why the water spirits answered Apostle Jay Swallow’s prayers for rain, but perhaps not other Cheyenne Medicine Men’s prayers. “They weren’t Christian,” Sweet Medicine said before vanishing to the other side.

Remember that last year at this time we were in a terrible drought? Eileen Vincent of City Reachers invited Dr. Jay Swallow to come to San Antonio to deal with the drought. Within just a few days it began to rain and has not stopped. The entire region has moved from exceptional drought to normal rainfall.

Dr. Jay has proved his authority over land issues – dealing with four things that defile the land: false worship, sexual immorality, broken covenants and the shedding of innocent blood. He has been called from Fiji to Hawaii, from Argentina to Canada and many points in between. We are honored that Dr. Jay has taken an interest in San Antonio.

…In a ceremony in Georgia, Apostle Jay Swallow also represented Native Americans and repented “for the iniquities of the ancient Cherokee people.”  They claim that the results of these ceremonies have included miracles, like the end of droughts.

But getting the United States to finally do the right things and his supernatural rain making powers are overshadowed by his divinely authorized ability to commit cultural genocide against any Tribal Nation.

Many Transformation ceremonies, as depicted in the Transformation movies include claims of destruction of artifacts of the group –  the apostles say they harbor demons. In another ceremony Apostle Jay Swallow led the smashing of vessels described as Native American pottery with graphics of the demons Baal and Leviathan.

Sarcasm aside, this is very serious. I’ve written about this before, but didn’t find any concrete occurrences of these “reconciliation events” where Native American artifacts were destroyed in the United States by connections with C. Peter Wagner until recently.

“Mr. Joel’s Army himself,” C. Peter Wagner, is in the video below. The title of it is “Native American Christian Reconciliation Ministry.”

a) Apparently being directly mentored by none other than Mr. Joel’s Army himself (C. Peter Wagner) and actively teaching at Wagner’s ordination mill, Fuller Seminary and cross-promotion of Wagner’s and Warren’s material by the two.

At the 50 State Tour gathering, Chuck asked Dr. Swallow to remind him of what he asked God for when he went to Plymouth Rock. Dr. Swallow replied “I asked the Lord for forgiveness for Native Tribes building resistance against the gospel, and I ask Him to visit our tribes one more time.”

and he is the one who “led the smashing of vessels described as Native American pottery with graphics of the demons Baal and Leviathan.”

I shudder to think of other possible sacred artifacts and objects he may have access to and destroy.