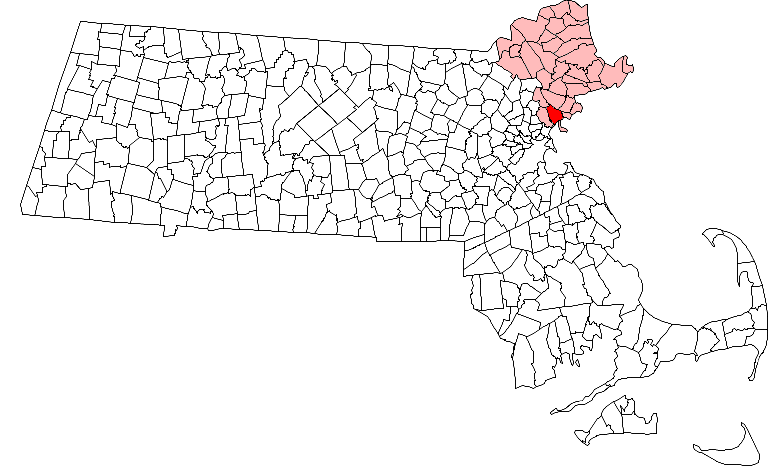 In 1602, Bartholomew Gosnold landed at Cape Cod and traded with the Wampanoag. He reported that the Indians were in good health: they were free of epidemic diseases and they had good nutrition. When he returned to England he promoted the establishment of British colonies in the area.

The following year the English under the leadership of Martin Pring, built a palisaded trading camp at Cape Cod in Wampanoag territory. While the English entertained the Wampanoag with small gifts and guitar music, they also stole a large birchbark canoe. As a result, the relations between the English and the Indians deteriorated. The English fired their muskets and loosed mastiffs at Wampanoag warriors before abandoning the trading camp.

The theft of the canoe suggested to the Indians that the English were perhaps not honorable people and that their greed for material possessions was perhaps greater than the hospitality which they offered.

In 1606, French explorers attempted to impress the Wampanoag in the village of Monomoy with their guns and swords. The French also erected a large cross as a symbol of their religious superiority. The Wampanoag response was to kill four of the landing party, tear down the cross, and jeer at the retreating French.

In 1611, English sea captains captured six Indians, including the Capawake sachem Epinow, at Martha’s Vineyard. Epinow was taken to England where he learned English language and culture. The English described him as “cunning” and “artful.”

In 1614, the English returned with Capawake sachem Epinow who was supposed to act as their guide and interpreter. Epinow, however, escaped from the ship by jumping into the water and swimming toward some Indian canoes. The Indians in the canoes fired a volley of arrows at the ship to aid his escape.

English Captain Thomas Hunt captured 26 Wampanoag, including a young man known as Squanto. The Indians were taken to Spain and sold as slaves. However, Squanto escaped and found his way to England where he learned to speak English.

Five years later, Squanto returned from England with Captain Thomas Dermer. He searched for his Wampanoag relatives and found that they had died in an epidemic.

Perhaps the greatest impact of the arrival of Europeans in Massachusetts came from the diseases which they brought with them. The diseases brought to this continent by the Europeans included bubonic plague, chicken pox, pneumonic plague, cholera, diphtheria, influenza, measles, scarlet fever, smallpox, typhus, tuberculosis, and whooping cough. The native population lacked immunity to viruses and germs that had evolved in Europe. Consequently, Indians succumbed in large numbers.

In 1614, a series of three epidemics began to sweep through the Indian villages in Massachusetts. At least ten of the 40 Wampanoag villages had to be abandoned because there were no survivors. Wampanoag population decreased from 12,000 to 5,000. Between 1616 and 1619, it is estimated that at least three fourths of the Indian population in Massachusetts died from European epidemic diseases. Some authorities estimate the death toll at 90%.

The Pilgrims would later look upon these epidemics as evidence of God’s grace and His intention for them to occupy this country.

When the Pilgrims arrived in 1620, they encountered few living people but saw evidence of many Indian graves. In some instances the Pilgrims opened the graves and stole the grave goods which they contained. In finding a place that looked like a grave covered with wooden boards, the Pilgrims dug and found several layers of household goods and personal possessions. They also found two bundles. In the smaller bundle they found the bones of a young child wrapped in beads and accompanied by a small bow. In the larger bundle they found the bones of a man. The man’s skull still had fine yellow hair and with the bone were a knife, a needle, and some metal items. A European, perhaps a shipwrecked or abandoned sailor, had lived as an Indian, perhaps fathered a child, and had been given an Indian burial.