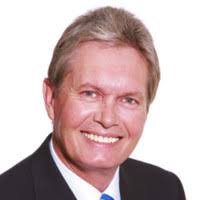 Rex Duncan is at it again!  Typical of the Republican play book, Rex is trying to distract voters from his lack of experience and questionable ethics.   Indian Country Today just published an article showing how Rex’s ballot initiative even threatens tribal treaties.

Rex’s newest target is INDN’s List itself!  In a recent mail piece (see below)  against INDN candidate, Jeff Jones, Rex attacks Jeff for receiving support from INDN’s List, which he calls a “radical liberal organization.”  And sticking with the Republican script, he posted a picture of Jeff, Speaker Pelosi President Obama, and Kalyn Free.

Rex Duncan even went so far as to attack INDN’s List founder, Kalyn Free, as a liberal activist.  The truth is Kalyn Free, like our endorsed candidate Jeff Jones, has far more experience prosecuting criminals and putting them in prison than Duncan!

Make a contribution to INDN’s List today to hold Rex Duncan accountable for these lies and distortions!  Let’s show him that his attacks on INDN’s List make us stronger and raise more money for our excellent and highly qualified candidates, like Jeff Jones!

Rex Duncan knows he is not qualified to serve as District Attorney.  Rex knows voters will choose Jeff’s integrity and experience over his lack of prosecutorial experience and questionable ethics.  That’s why The Tulsa World just endorsed Jeff Jones in his race for DA!  They said, “Duncan has supported a number of extreme positions and pushed several other irrelevant issues during his years in the legislature.”