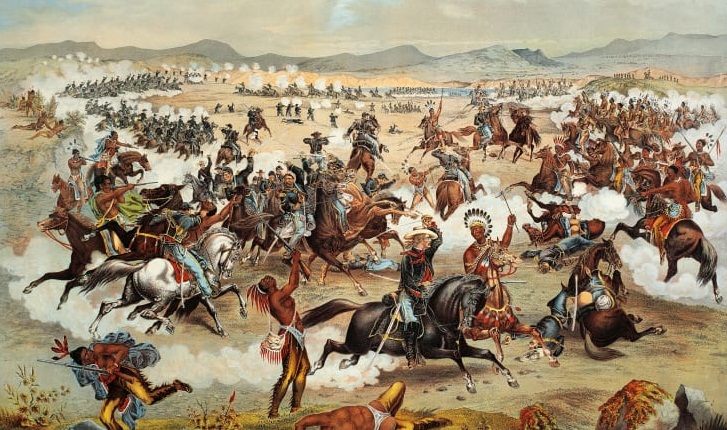 In 1836 Marcus Whitman established a Presbyterian mission among the Cayuse in Oregon. The purpose of the mission, like other Protestant missions of this era, was to convert the savage Cayuse to Christianity and to civilize them by requiring them to live in the American fashion.

Like many other missionaries of this era, the Whitmans were intolerant of Indian culture and believed it to be basically evil and under the influence of Satan. They fanatically demanded total conversion to Presbyterian ways-that is, to be a Presbyterian meant wearing American style clothing, living in a rectangular house, eating food in European style and prepared to European taste. The Indians viewed the Whitmans as arrogant. They felt that the paternalism of Marcus Whitman was brusque and judgmental. They saw Narcissa Whitman  as being cold, self-centered, and aloof. The Whitmans divided Indians into two groups: the devout (meaning Christian according to their definition of Christian) and the heathen. They often failed to understand that there were cultural differences between the different tribes.

The Presbyterian missionaries sought to introduce European medical practices, partially to discredit the Indian medicine people and partially to ingratiate themselves with the Indian people.

In Cayuse culture, as in many other Indian cultures, there was a tradition that if a medicine man’s patient should die while under the care of the medicine man, the patient’s relatives had a right to seek revenge by killing the medicine man. The Whitmans, like other missionaries, had proclaimed themselves as medicine people when they introduced their medical practices as a way of undermining the tribal healers.

Cayuse children enrolled at Whitmans’ mission school came down with the measles in 1847 and started an epidemic. Within two months about half of the Cayuse died from measles or from the accompanying dysentery. The Cayuse blamed the missionaries. Chief Tilokaikt and a warrior named Tomahas killed missionary Marcus Whitman and 11 other Americans.

From a Cayuse perspective, there was no question of their right to dispose of Dr. Whitman. First, patients had died under his care. More importantly, they felt that he had deliberately withheld the cure from his Cayuse patients. They reasoned that Whitman was an American healer and that measles was an American disease and therefore he would know the cure for the disease. It was felt, therefore, that he was killing Indians through an application of evil spells. As was the accepted cultural practice of the Plateau area tribes, it was necessary to protect the people from this evil by killing the practitioner.

A total of 14 people were killed in the attack and 53 others, primarily women and children, were taken captive.

In response to the Whitman massacre, a volunteer army was organized under the leadership of Reverend Cornelius Gilliam, a prominent fire-and-brimstone preacher. Gilliam was a bigoted Baptist minister who had helped chase the Mormons from Missouri. He was an avowed Indian hater who believed that all Indians should be exterminated. He assumed the rank of Colonel in the newly formed militia.

Among the American settlers in the area, there were some strong feelings that the Catholic missionaries had encouraged the Cayuse attack against the Protestant missionaries. In response to the intense anti-Catholic feelings among the Americans, there were many in the volunteer army who felt that they should first attack the Catholic missions. Gilliam also believed that Catholics had conspired to incite the Cayuses.

Many Americans also thought that the Hudson’s Bay Company had had a hand in the massacre, if not directly then by not warning the Whitmans of the Indians’ hostility. While this was a charge without foundation, it was a reflection of the anti-British sentiment among the American settlers.

The peace commission appointed by the territorial governor met with Reverend Gilliam at The Dalles. When they asked for a small escort to accompany them to the Walla Walla River in order to negotiate a peace, Gilliam refused the request.  Gilliam was not interested in peace. He told the commission that he had come to fight the Indians, not to talk.

Cayuse chiefs gathered at the home of Catholic Bishop A.M.A. Blanchet and drew up a petition which the Bishop was to submit to the Governor. The petition began by stating the chiefs’ conviction that the Whitmans intended to exterminate the Cayuse so that the whole of their lands might be taken over by American settlers.  The chiefs proposed that the Americans forgive the Cayuse for the massacre just as the Cayuse had forgiven the Americans for murdering some of the Cayuse. The chiefs proposed that they would deliver the murderers into the hands of a peace commission.

The following year, the American militia under the leadership of Reverend Cornelius Gilliam left the Dalles, seeking to kill Indians in revenge for the massacre of the Protestant missionaries. The army was led by the peace delegation carrying white flags.

At Sand Hollow the militia encountered the Cayuse under the leadership of Five Crows. Cayuse medicine man Grey Eagle boasted that he could swallow the bullets of the Boston fur traders. Five Crows also claimed to be invulnerable. The two men rode up to the American troops. Grey Eagle was shot and killed. Five Crows was hit in the arm. After three hours of battle, the Cayuse withdrew. Following this battle, the Americans were more determined than ever to punish the Indians.

At the Whitman mission site, the Americans were notified that a large group of Nez Perce and Cayuse were coming to talk peace. Included in the peace council were Walla Walla chief Yellow Serpent, 11 Nez Perce chiefs, and Cayuse chief Camaspelo. All of the assembled chiefs pledged peace with the Americans.

The American militia continued its war against the Cayuse. Gilliam forced the men to march all night in order to catch up with the illusive Indians. What they found, however, was a Palouse and Walla Walla village of tipis. An elder approached the Americans and told them that the camp belonged to Peopeo Moxmox and that the village was friendly. Gilliam then ordered his men to gather up the stock that was grazing nearby. The stock belonged to the Palouse and they protested this action. When the militia ignored them, they defended their interest and attacked. The American militia soon found itself under attack by 400 seasoned warriors. The Walla Walla and Palouse often fought against the Blackfoot while buffalo hunting on the Great Plains and so their warriors were experienced fighters. The Americans released the stock, but the Palouse warriors continued striking them as they retreated toward the Touchet River.

As they retreated, Colonel Gilliam accidentally killed himself when he removed his gun from the back of a wagon. This effectively ended  the Cayuse Indian war.

The American militia failed to locate the Cayuse warriors accused of killing the Whitmans. However, the Cayuse themselves, with encouragement from the Nez Perce, turned five men over to the Americans: Tilokaikt, Tomahas, Kiamasumpkin, Isiachalakis, and Klokamas.

With regard to the Americans from the Whitman’s mission held captive by the Cayuse, Hudson’s Bay Trader Pete Skene Ogden met with the Cayuse to negotiate their release. Historian Terence O’Donnell (1987: 58) reports: He called their chiefs a bunch of hermaphrodites for not having controlled their young men. He then demanded the release of the captives and pledged a ransom in return. The Cayuse agreed and the captives were turned over to him.

In 1850, five Cayuse warriors-Tiloukailt, Tomahas, Ishishkaiskais, Clokamas, and Kiamasumpkin- were tried for the murder of the American missionaries. The Cayuse had hoped to tell their side of the story and to present the Americans with some gifts to cover the graves of the dead missionaries. The concept of “covering the dead” was a part of the Plateau Indian culture, and in American culture justice was focused on punishment. Thus, the Cayuse  were placed on trial where they protested their innocence. They were convicted and sentenced to be hung. They asked to be shot rather than hung as they viewed hanging as a form of death unfit for humans. Their request was not granted.

Before the men were hung, a Jesuit priest baptized them. When asked why, if he were innocent, did he place himself in the hands of the Americans, Tiloukailt replied:

“Did not you missionaries tell us that Christ died to save his people? So die we, to save our people.”

The bodies of the Cayuse Five were not returned to their people. They were hung not only for revenge under the guise of justice, but for political reasons. By publicly hanging the men and displaying the bodies, the Americans sent a clear message to other Indians who might be considering war against the Americans. The Cayuse view the Cayuse Five as insurgents acting on behalf of their sovereign people.