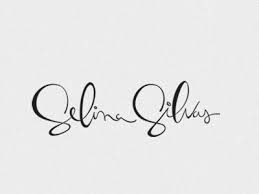 The Plateau is the area between the Cascade Mountains and the Rocky Mountains. It is bounded by the Fraser River to the north and the Blue Mountains to the South. It is an area that covers eastern Washington, northern Idaho, western Montana, and parts of Oregon and British Columbia. The Indian nations who inhabited this area have cultural ties to the Indian nations of the Pacific Coast and many of the Plateau nations interacted with the tribes of the Northern Plains.

Among the Plateau Indian nations, it was common for an individual to change names several times during the course of their life. Typically a person would have at least three names. If a name became inappropriate to a person’s personality, it was changed.

Among many of the other Plateau tribes, children were not named when very young, because of infant and toddler mortality. Therefore, naming ceremonies were not usually held until the child was between the ages of six months and two years.

Among the Kootenai, children were normally given names by their parents at birth. Occasionally a council of elders would be consulted to suggest a name. The name often reflected the war honors of a relative. The name given at birth was usually kept for life. However, some medicine people did acquire a second name. Also, if a person felt that a name was unfortunate, it could be changed.

Among the Wishram, the naming ceremony bestowed “personhood” upon the child: it provided the child with a genealogical and social identity. The name would come from a deceased relative and would be a name that had “lain fallow” for a period of time.

Among the tribes of the Dalles area, the naming ceremony borrowed from the feasting and gift-giving of the Northwest Coast tribes.

Among the Nez Perce children often were named after notable ancestors. They would be given these names with the hope that the child would develop similar qualities. New names might later be acquired which would recognize an important deed, a personal attribute, or a guardian spirit. The Nez Perce considered names to be private possessions of the person or the family.

Among the Flathead names often came from visions. If an individual had a dream or vision that brought good luck, then the individual might be named for it.  These visions came from a guardian or tutelary spirit. Often the spirit helpers would give an individual two names-one for use in the tribe, and the other a secret, spirit name to be used only when calling for help from his guardian spirit.

After the Flathead Reservation was created by the U.S. government in 1855, non-Indians would often be confused about Indian names. The names during this era were often a mixture of European names, influenced by Catholicism, and tribal names which were sometimes translated into English. For example, a Pend d’Oreille named Mescal Michel might marry a Flathead woman and settle among her people. The Flathead might them give him the name Many Bears. He joins a party of Nez Perce who are travelling to the Great Plains to hunt buffalo and they call him Shot His Horse in the Head. The Catholic priests baptize him and give him the name Joseph Peter Michel. The American settlers in the area call him Michel Joe. Thus one man might be known by different names among the different groups on the reservation.