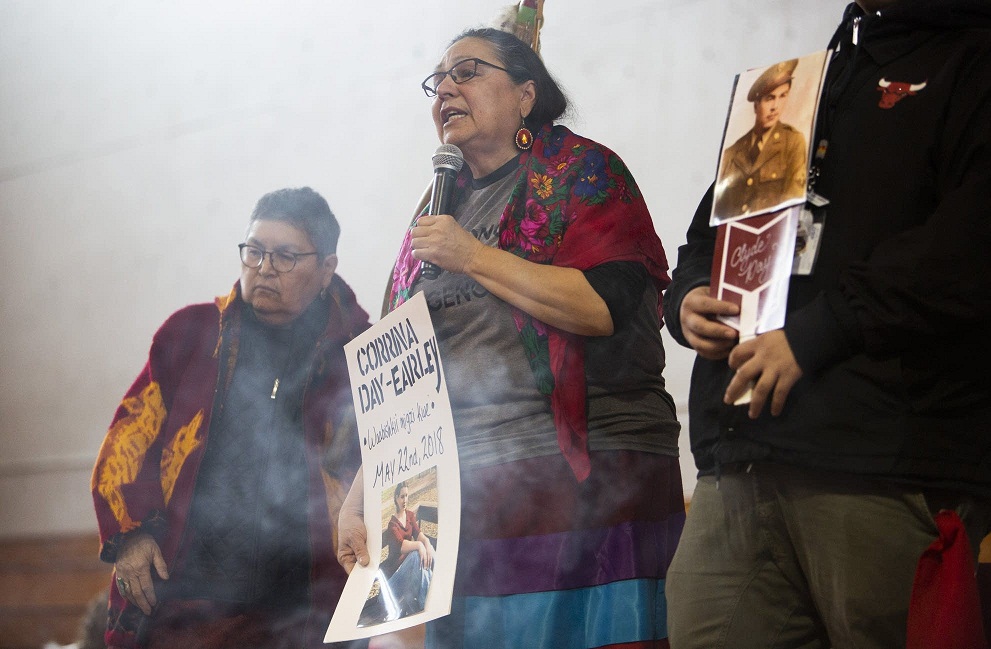 To live on the Pine Ridge reservation and make it past fifty is beating the odds for life expectancy there. But to be snubbed by your tribal council when you ask for a safe and clean place to eat and then to be targeted for retaliation by the council is beyond comprehension. That’s what is happening at the Porcupine Elderly Meals Center, Pine Ridge, South Dakota. The elders have have taken over occupation of the center and are not leaving until their voices have been heard and action has been taken.

the Elderly Meals Building in the Porcupine Community of Pine Ridge

This news release best describes the atrocities that have driven the elders to convene this occupation of the Porcupine Elderly Meals Building.

In virtually any other U.S. community, physical abuse of elders, the false arrest and persecution of the elderly by police, the forced evictions of elders in the middle of the winter, and the illegal selling of drugs and alcohol by staff of an elderly meals center would be headline news. But not if the community is the Oglala Pine Ridge Reservation, and the people are the poor and traditional Lakota oyate.

“The former president and the cook have discriminated against the elders at the Porcupine Elderly Meals Center. Elders are demanding them to be removed immediately.

“I, Enoch Brings Plenty, as president of the Meals for the Elderly Program at Porcupine, will try my best to please the Elders in my district as best as I can -to bring back honesty, trust and integrity. This is why these three warrior societies are here with us. They are going to teach our children how to protect and remain free with the elders of our oyate. Hoka hey!”

Audio interviews with various organizers of the takeover, and the elders, are here.

The hash tags used recently have been #Lakota #Elders #PineRidge

It may be the weekend but messages, emails, letters, faxes can still be effective.

Despite the promises of President Steele and Vice President Poor Bear – we need you to keep calling them and letting them know people are watching and expecting them to keep their word. Tell them you support all the occupation demands including the construction of a new sanitary, elderly building and a full investigation into corruption no matter where it leads.    President  John Yellow Bird Steele    (605) 441-6350     Vice-President Thomas Poor Bear    (605) 441-6365     You can also try to reach them at (605) 867-5821 extension 268 via tribal council secretary Rhonda      Two Eagle. Send council emails through Rhonda at: Rhonda@oglala.org