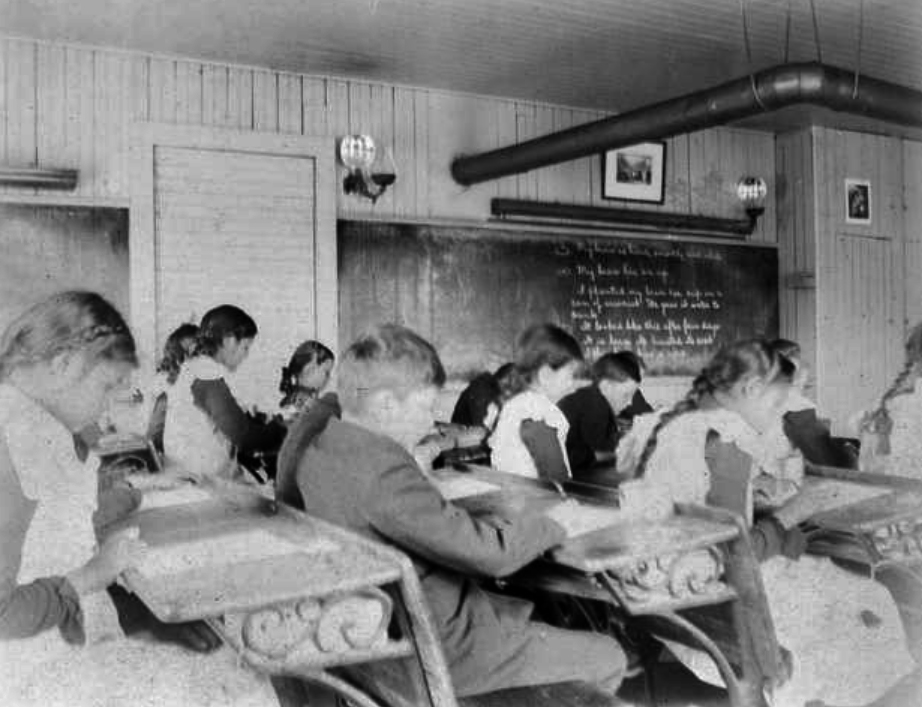 Much of what is known of Native American culture in non-Native communities is what has been romanticized in movies, books, and other forms of media which usually depicts the wise older Native American man in ceremonial garb telling stories of animals or of an Indian princess or warrior dancing during a Pow Wow. People would probably be surprised to see how people on a reservation actually live their day to day lives. Eventually, this will be what future Native American children will know of their culture. Sadly much culture had been lost during the years of the early boarding schools as children were separated from their families, homes, culture, and language, suffering years of abuse while losing the traditions and values that are so important to the Native American community. This caused a generational gap in the passing down of Native American culture which is still evident in today’s youth especially as more of the pre-boarding school generation is beginning to die off. Another factor contributing to the decrease in cultural identity is the movement from on-reservation school to off-reservation, public schools due to better funding or programs.

Therefore attention needs to be directed to off-reservation schools and how to create a more accepting environment for these Indian children which can both better their education as well as preserving their cultural heritage. I suggest that training programs be developed to instruct teachers on better ways to present information to their Native American students such as in the form of group projects where individual success helps the overall success of the group. The formation of after school programs as well as involvement in team sports have shown to also improve student performance in schools.

Yet I wish to emphasize the opportunity to implement culturally based programs into schools that are located in an area with a high Indian population.  These could include anything from language classes to Indian art projects to including Indian history in American History classes or even the recognition of historically relevant events in Native American history. Such inclusions into the schools would help dramatically in the success of the Native American student. It would also promote awareness in the non-Indian students as well which can help bridge the tension between the two groups that years of abuse and mistreatment have caused.

Much attention needs to be generated for this cause because such a large undertaking would require a large amount of support both locally as well on state and federal levels. There is also a sense of urgency has much of the cultural history is being lost as the years go on with the aging of the Indian population. While I can never fully understand all the problems that the Native American community is facing, I wish to express my support for the survival and successful preservation of your people and your culture. I hope this is the start of future understanding between our people and that there will be no repeat of past tragedies.  I feel that education is a step in the right direction for a better future.