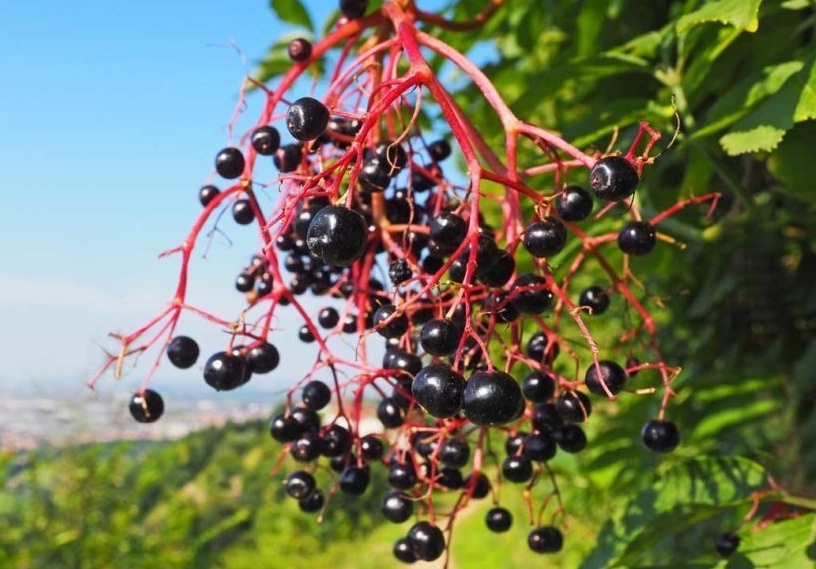 The most important berry crop for most of the Plateau people of Washington, Idaho, and Montana was the huckleberry (Vaccinium membranaceum), a type of blueberry. These berries were collected in August and September for winter consumption. Huckleberries plants are small to medium sized shrubs which are found in the moister mountain areas, particularly in areas with acidic soils and areas which have been burned by forest fires. The Indians of the Plateau traveled to huckleberry sites where they gathered and dried the delicious, sweet berries.

Women usually did the gathering of the huckleberries and could gather one or two basketfuls in a day’s work (about 2-4 liters). Huckleberries were often dried over a slow fire that had been set in a rotten log. This drying created a raisin-like product that could be kept indefinitely. They were also sun dried.  The dried huckleberries were used in the winter. The dried berries were prepared for eating by boiling, either by themselves or with roots.

Huckleberries were also used for medicine. A tea made from the roots and stems of the plant were used for heart trouble, arthritis, and rheumatism.

Huckleberry gathering was also a social event. During gathering time, people from many different bands would come together and often engage in horse racing, singing, dancing, and spiritual ceremonies.

Indians carefully managed the huckleberry ecology. Using fire to manage the land, the Indians were master burn ecologists who knew which part of the forest to burn for an abundant return of the huckleberries. Using planned fires, they would establish huckleberry fields.

The importance of huckleberries to the Indian nations of the Plateau region can be seen in the sacred rituals which were traditionally associated with the gathering of this berry. This included a first fruits ceremony in which the first berries collected were blessed and sung over.