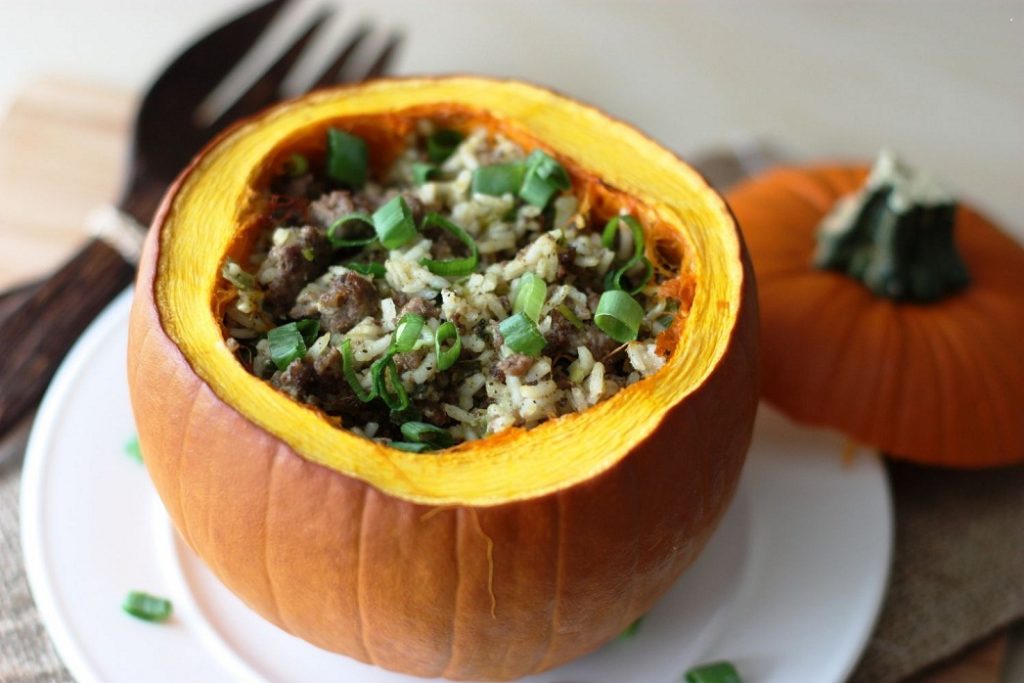 Five centuries ago, at the beginning of the European invasion of this continent, a majority of Indian people in what is now the lower 48 states of the United States got a majority of the calories which they consumed from plants which they raised. While the popular stereotype of Indians sees them as big game hunters, meat was actually more of a supplement to their agricultural diet.

The most common Indian crops were what the Iroquois called the Three Sisters: corn, beans, and squash. In addition, they raised many other plants for food, fiber, and medicinal uses.

The Hidatsa lived in permanent villages along the Missouri River in North Dakota. The village tribes of the upper Missouri River Valley, such as the Mandan, Hidatsa, and Arikara, were farming people who raised corn, beans, sunflowers, tobacco, pumpkins, and squash. These tribes produced not only enough agricultural products for their own use, but also a substantial surplus which was traded to other tribes, and later to the Europeans and Americans.

Sensitive to the ecological demands of the Northern Plains, they established fields in the fertile bottomlands where the tillable soil was renewed annually by flooding. The brush which was cleared for the planting was spread over the fields and burned. This practice softened the soil and added nutrients. Hidatsa elder Buffalo Bird Woman, in a converstation in about 1910, said:

“It was well known in my tribe that burning over new ground left the soil soft and easy to work, and for this reason we thought it a wise thing to do.”

In addition, fields were taken out of production and allowed to lay fallow for two years in order to let the land rejuvenate.

Among the Hidatsa, as with other American Indian agriculturalists, the women did the farming. In preparing the fields for planting, rakes and digging sticks were used. Some of the rakes were made from deer antler and some were made from long willow shoots. In cultivating the fields they used a hoe that was often made from the shoulder-blade of the buffalo or elk, which was attached to a long wooden handle.

Sunflowers – black, white, red, sand striped – were the first crop planted in the spring and they were the last crop harvested in the fall. The sunflowers were planted around the edges of the field. The Hidatsa name for April is Mapi’-o’ce-mi’di which means Sunflower Planting Moon.

Sunflower seeds were parched in a clay pot and then made into meal. Some of this meal was used to make sunflower balls which were an important item in the diet. Warriors would carry a sunflower-seed ball wrapped in a piece of buffalo-heart skin. When tired, the warrior would then nibble at the ball. Hidatsa elder Buffalo Bird Woman describes the effects of nibbling on a sunflower-seed ball:

“If the warrior was weary, he began to feel fresh again; if sleepy, he grew wakeful.”

Corn planting began after the sunflower seeds were planted. When the gooseberry bush began to leaf it was time to plant. Corn was planted in hilled rows with the hills about four feet apart. This spacing was tuned to the local rainfall. Closer spacing would bring higher yields only if the growing season were unusually wet. A second planting of corn was done when the June berries were ripe.

One of the main varieties of corn was flint corn which was well-adapted to the semi-arid Northern Plains climate. This corn took about 60 days to mature and, because of its short stalk, was able to withstand winds fairly well. Flint corn is high in protein and the grain is very hard and heavy.

The tribes also grew flour corn which is softer and lighter. It is largely composed of starch and is deficient in protein. The advance of this species of corn, however, was that it could be easily crushed or ground and it was much softer than the flint corn when eaten parched.

The village tribes of the northeastern Plains planted between nine and eleven different varieties of corn. The Indians also observed some basic plant genetics. According to Hidatsa elder Buffalo Bird Woman:

Squash was planted in late May or early June. To prepare the seeds for planting, they were first wetted, then placed on matted red-grass leaves and mixed with broad leaved sage. Buffalo skin was then folded over the squash bundle and it was hung in the lodge to dry for two days. During this time the seeds would begin to sprout. The sprouted seeds were then planted in hills about four feet apart.

(additional comments and clarification have been added throughout by Ojibwa’s wife, who has used this recipe–)

Preheat oven to 350 F. Cut the top from pumpkin (like you would for a jack o’lantern) and remove seeds and strings from cavity. Prick cavity with a fork all over and rub with 1 teaspoon of salt and the dry mustard. Heat oil in large skillet. Add meat and onion and sauté over medium-high heat until browned. Off the heat, stir in wild rice, eggs, remaining salt, sage, and pepper. Stuff pumpkin with this mixture. Place ½ inch of water in the bottom of a shallow baking pan.

Put pumpkin (and the lid) in the pan and bake for 1 ½ hours, or until tender. Add more water to the pan as necessary to avoid sticking. When done, bring to table with lid askew on top of pumpkin at a jaunty angle-it looks really nice. Cut pumpkin into wedges, giving each person both pumpkin and stuffing. ( The skin is tough and bitter and should not be eaten, but the flesh of the pumpkin will scrape away easily.)

This would also make a good vegetarian recipe by leaving out the meat. It can be rather bland, however, and you may wish to add additional seasoning and cook your rice in a vegetable broth or stock instead of water.

The pumpkin seeds you pulled out can be toasted for a snack.