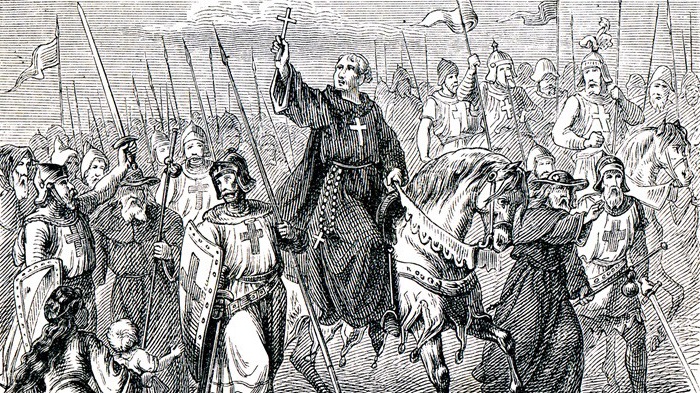 During the nineteenth century, the policy of the United States government was to encourage, and sometimes require, the conversion of American Indians to Christianity. Christianity was seen as a key element in “civilizing” American Indians and thus, the American government not only encouraged Christian missionaries, Indian agents actively discouraged the practice of traditional Indian ceremonies.

Christians seeking the assimilation of Indians tended to view Indian religions not only as “heathen” and “pagan,” but also as “evil” and as “barriers to civilization”. Christianity, of course, was viewed as the principle hallmark of civilization. In the introduction to Edwin Chalcraft’s autobiography Assimilation’s Agent: My Life as a Superintendent in the Indian Boarding School System, Cary Collins writes:

“Considering Indian cultures, life ways, and spiritual beliefs in opposition to Christian doctrines and mores, and discerning no better demonstration of conversion than an Indian shorn of his Indianness, denominations sought eradication of perceived ‘heathen’ practices.”

There were significant differences in the approaches of Catholic and Protestant missionaries. Both groups strongly opposed, and attempted to suppress, polygyny and open sexuality and promoted monogamy. The Catholics were less concerned about shamanism and Native American beliefs concerning guardian spirits.

One of the major ways that both Catholic and Protestant organizations sought to make Indians into Christians was through formal education. Both Catholics and Protestants ran schools for young Indians in an attempt to instill their versions of Christianity and Euro-American behavioral norms on young people.

Briefly described below are some of the Christian missionary activities among Indians in 1818.

In Mississippi, the Baptists constructed a mission boarding school among the Choctaw. The school was partly funded through the federal government’s Indian Civilization Fund which paid the tuition of the students. The school was initially named Johnson’s Academy after a U.S. Senator. It was later renamed the Choctaw Academy.

In Mississippi, the American Board of Commissioners for Foreign Missions (ABCFM) of the Presbyterian and Congregational churches sent two New England missionaries to establish a school among the Choctaw.

The ABCFM had been inspired by the Second Great Awakening and was created in 1810 to spread Christianity worldwide. Some of their earliest missionaries had been sent to convert the Cherokee.

In Connecticut, two Cherokee men—John Ridge and Elias Boudinot—enrolled in the American Board of Commissioners for Foreign Missions boarding school in Cornwall. In their book The Columbia Guide to American Indians of the Southeast, Theda Perdue and Michael Green write:

“Cousins, they had imbibed all the education the mission schools in the Nation could provide, they hungered for more, and the missionaries selected them for further training.”

In North Dakota, the Catholics established a mission at Pembina on the Red River near the Hudson’s Bay Company trading post of Fort Douglas. The mission converted over 200 Métis. In a chapter in The Political Economy of North American Indians, Gregory Campbell reports:

“To the delight of the missionaries, the Métis people were eager to learn all they could of Catholicism and proved to be among the most devout followers of the faith in the West.”

The Métis are a hybrid culture which blends both European and indigenous elements. In general, the Métis are the descendants of European fur traders and Indian women.

In New York, the Iroquois held a council at Tonawanda to discuss the matter of religion. Over a period of 12 days, representatives from the Iroquois in both Canada and the United States discussed the Christian doctrine, the teachings of Handsome Lake, and the general state of religion among the Iroquois. They decided to hold another council in a month to continue the discussion. Anthropologist Elizabeth Tooker, in her entry on the Iroquois in the Handbook of North American Indians, reports:

“It is also evident that extended discussions took place on the separate reservations before and after these councils and that there was no general agreement.”

The Iroquois were politically divided into two groups at this time: the Pagan Party and the Christian Party.