Long before the arrival of the first Europeans, California was the home to an extremely diverse variety of Indian cultures. The California culture area has the widest variety of native languages, ecological settings, and house types of any North American culture area. 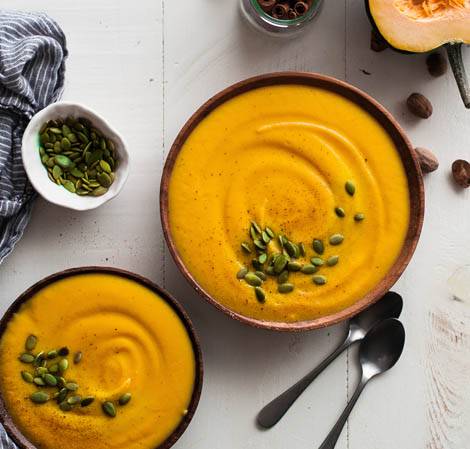 One of the mainstays of the diet for the region was the acorn which was used in soup, porridge, and bread. Sixteen different species of oak provided the acorns. Because of the nutrition provided by acorns, the Native American people in California did not develop agriculture. Acorns contributed to the fact that California peoples did not experience annual famine months or develop traditions or legends dealing with famine. It is estimated that among one tribe, the Yokut, a typical family consumed 1,000 to 2,000 pounds of acorns each year.

While many of the early non-Indians in California noticed that the acorn oaks which were so important to many of the California Indian nations tended to grow in regular rows, they did not understand that these trees had been planted as orchards by the Indians.

There are a number of steps involved in gathering and processing the acorns. They are gathered in September and October. Traditionally, the people gathered the acorns by climbing the tree and then beating off the nuts with a long slender pole. The acorns which are collected have white bottoms and no insect holes. The acorns are then dried in their shells, a process which takes anywhere from a few weeks to a few months. During this time, the acorns are stirred to increase air circulation and encourage drying.

Once dry, the acorns are cracked to remove the nutmeat. This was traditionally done with a small, handheld stone pestle. The acorns are then ground or pounded into acorn flour. The flour is pounded as fine as possible. Once the acorns are ground into flour, it is then leached. Acorns contain tannic acid which is very bitter and which is poisonous in large amounts. The leaching process removes the tannic acid from the acorn flour. The leaching was traditionally done by digging a shallow sand pit near a creek. The flour was then carefully spread in the bottom of the pit and water was continuously poured over it until it was sweet. It would take several hours of pouring to leach the flour.

Among the Miwok, the leached acorn meal was cooked as soup, mush, biscuits, or bread. The soup was a thin gruel. Mush was thicker and it was often eaten by dipping with the first and second fingers. A special mush stirrer was used in preparing the mush.

To make biscuits, the acorn meal was first cooked as mush, then the mush was poured slowly from a height of about two feet into a cooking basket. This thickened the mush even more. When the material had reached the proper consistency, it was dipped out into another basket and placed in cool water-sometimes a running stream-for a minute or two. When the material remaining in the cooking basket had cooled, it was easily loosened from the sides of the basket by overturning the basket. This resulted in a small loaf of bread which was placed in water for a couple of minutes. The biscuits had the consistency of a modern gelatine desert. This was not only a daily food, but was also used at feasts.

A kind of bread was made by adding a small amount of water oak bark ashes to the meal which would sweeten it. This was then baked on a hot stone or in an earth oven.

( Mrs Ojibwa notes: There are easier, faster ways now in which to prepare acorn meal. A quick check on the internet turned up several. I’ve also heard, but do not know if it is true, that you can buy acorn meal where Korean food products are sold [I know, defeats the idea of gathering your own food or using Native American ingredients-but can be helpful for those who do not have access to their own acorns. Be careful not to buy acorn starch).

The following recipe for Acorn Griddle Cakes has been modified for modern cooks from the traditional foods of the Northern California tribes: Hupa, Karok, Miwok, Pomo, and Yurok.

Combine dry ingredients in a mixing bowl. Mix together egg, milk, and honey and beat into dry ingredients to form a smooth batter. Stir in melted butter. Drop by tablespoonfuls onto a hot, greased griddle. Cook, turning each cake when it is browned on the underside and puffed and slight set on top.

(Mrs Ojibwa notes: Acorn meal can also be substituted for half of the cornmeal in things like cornbread or cornmeal muffins. Keep in mind that acorn meal has no glutin, so you don’t want to do a full substitution of acorn meal for other flours or meals.)