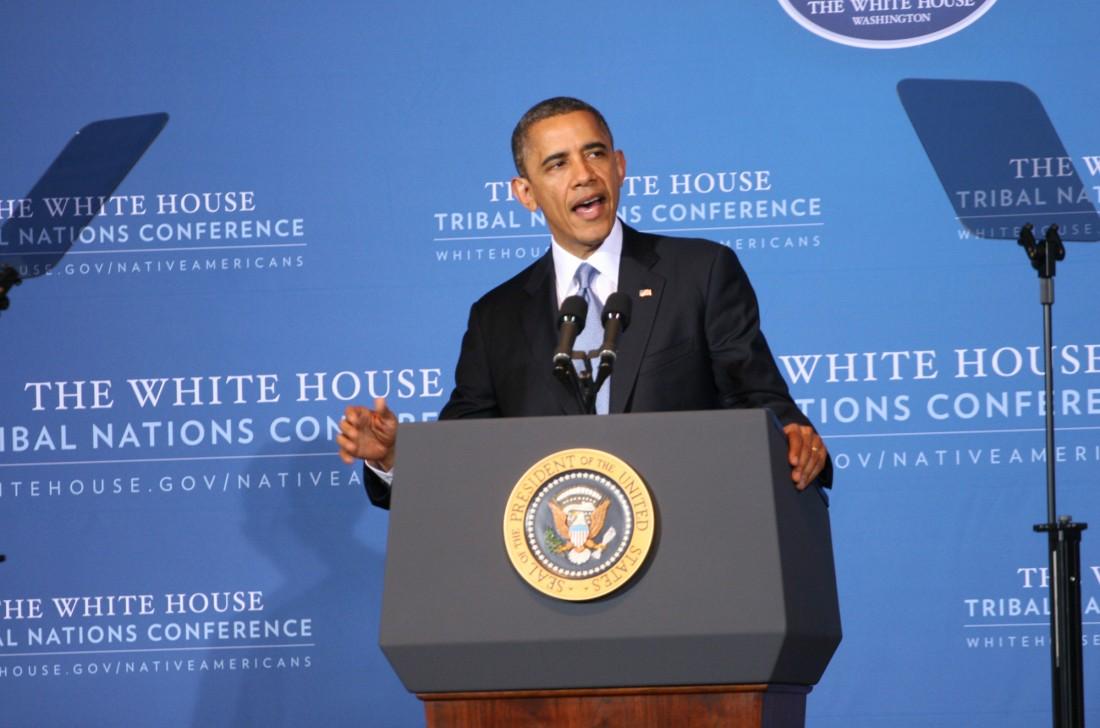 President Barack Obama has signed an executive order establishing the White House Council on Native American Affairs. The Council will be headed by the new Secretary of the Interior Sally Jewell and will have members from every Cabinet department as well as other federal agencies. According to the executive order:

“The Council shall work across executive departments, agencies, and offices to coordinate development of policy recommendations to support tribal self-governance and improve the quality of life for Native Americans, and shall coordinate the United States Government’s engagement with tribal governments and their communities.”

According to the Supreme Court interpretation of the U.S. Constitution, American Indian tribes are “domestic dependent nations.” Federal law recognizes that dealing with Indian nations involves government-to-government relationships. According to President Obama:

“This order establishes a national policy to ensure that the Federal Government engages in a true and lasting government-to-government relationship with federally recognized tribes in a more coordinated and effective manner, including by better carrying out its trust responsibilities.”

Over the past few years, there have been a number of actions by federal agencies to ensure government-to-government relations with Indian nations. Earlier this year, the Agriculture Secretary signed a departmental regulation establishing guidance for tribal relations. The regulations are intended to ensure that American Indians have full access to the programs and services offered by the Department of Agriculture.

“The Army will communicate with federally recognized tribes on a government-to-government basis in recognition of their sovereignty.”

In 2010, the Federal Communications Commission (FCC), after prodding from tribal officials, established an Office of Native Affairs and Policy as a part of its national broadband plan. The new office works to promote the deployment and adoption of communication services and technologies throughout tribal lands.

On the other hand, many state governments are still reluctant to work with Indian nations on a government-to-government basis and to acknowledge tribal sovereignty.

Andrew Johnson and the Indians