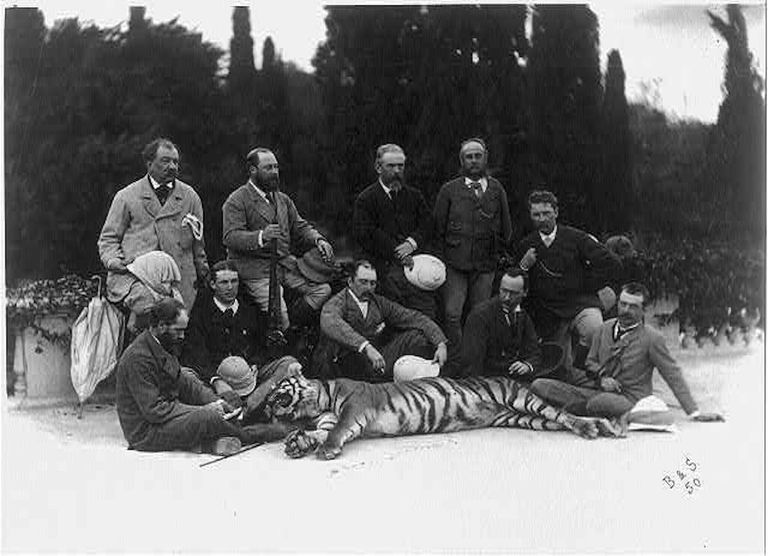 The British reorganized and reformed the administration of Indian affairs. Private and colonial purchases of land from the Indians were no longer allowed, trading was to be confined to posts, and trading rum to the Indians was banned.

Pennsylvania offered a scalp bounty on Indians as well as a bounty on live captives. Since the difference between the bounty for a scalp and a live male captive was relatively small, few bounty hunters bothered taking males alive. However, the bounty for live women and children meant that many were taken alive so that they could be sold as slaves.

In the Southeast, John Stuart, the Indian Agent for the British Southern District, suggested a divide-and-conquer policy:  “It will undoubtedly be detrimental to His Majesties service, that too strict a friendship and union subsist between the different Indian nations within this department; it is therefore incumbent upon us by all means in our power to foment any jealousy or division that may subsist between them.”

In Florida, the British took over government of Florida from the Spanish and appointed agents to represent the government in Indian affairs at Mobile, Pensacola, and St. Augustine.  A meeting was held with Cowkeeper’s Creek Indian village. A second meeting was then held with Creek leaders from five other towns: Tallahassee (Tonaby’s Town), Mikasuki (Newtown), Chiskatalofa, Tamathli, and Ochlockonee. Gifts were given to the chiefs and Cowkeeper and Long Warrior expressed strong attachment to the British.

In Louisiana, a delegation of Choctaw who were in New Orleans to confirm their attachment to the French talked with the English superintendent of Indian Affairs who happened to be visiting the city. They complained to him that the English traders beat them, stole their horses, and had sex with their women.

In Pennsylvania, a mob of about 50 men attacked the Christian Susquehannock Indians in the village of Conestogoe. They killed everyone they found, scalped and mutilated the bodies, and then burned the houses. Governor John Penn condemned the action and proclaimed a reward for the murderers.

Many of the Indians who had escaped the mob violence at Conestogoe sought refuge in Lancaster where they were locked in the workhouse for their own safety. The mob, however, broke in the door and killed several Indians, both adults and children.

The mob, known as the Paxton Boys, grew to several hundred and began to march toward Philadelphia where 140 Indians had sought refuge. The mob was angered because Governor John Penn had condemned the murder of Indians at the village of Conestogoe.

The governor called upon Ben Franklin to stop the mob. Franklin confronted the Paxton Boys in Germantown. In speaking to the mob, he used the names of the Indians they had murdered in Conestogoe. By speaking the English names of the dead Indians, Franklin treated them as human beings rather than as wild animals in the woods. Franklin told the mob that killing children was inhuman, cowardly, and unmanly. Franklin told them that  “these Indians would have been safer among the ancient heathens, with whom the rites of hospitality were sacred, than they are among us Christians in Pennsylvania.”

Franklin was successful and the mob dispersed. Following this, Franklin wrote A Narrative of the Late Massacres … of a Number of Indians. It described the massacre of Indians by “Christian White Savages.”

In Pennsylvania, Presbyterian missionaries Samuel Kirkland and Joseph Woolley traveled to the Iroquois village of Oquaga. Woolley, a Delaware Indian who had graduated from the Wheellock Academy, established a school in the village. Woolley found life in the village to be difficult and died the following year.

In Rhode Island, the Society for the Propagation of the Gospel sent a teacher to the Narragansett.

In Ohio, the Ottawa war leader Pontiac sent the British a wampum belt for peace. The British simply chopped up the belt. In terms of Indian diplomacy, the British action was highly disrespectful, somewhat like urinating on a peace treaty. The Indians were shocked and angered by the British actions and Pontiac was convinced that he had nothing to gain by negotiating with the British

The Shawnee, Seneca, and Lenni Lenape joined together to send war belts to the Miami and to Pontiac’s Ottawa asking them to fight the British. These three nations were joined by the Munsee and the Wyandot to form the Five Nations of Scioto.

In Michigan, the Ojibwa debated about traveling to Detroit to join Pontiac. To settle the debate a shaking tent ceremony was held. The spirits were asked if the English were really preparing to attack the Indians. The oracle replied that there were many English soldiers preparing to make war. As an alternative, the oracle suggested that they travel to New York to meet with Sir William Johnson, who  “will fill your canoes with presents; with blankets, kettles, guns, gunpowder and shot; and large barrels of rum, such as the stoutest of the Indians will not be able to lift; and every man will return in safety to his family.”

In Virginia, amateur archaeologist Thomas Jefferson had his African slaves dig up hundreds of Monacan skeletons so that he could learn more about their mortuary customs.

In Massachusetts, the Nantucket were decimated by smallpox. Only 136 survived. At the time of first contact with the English in 1659 they had had a population of about 3,000.

President Taft and the Indians