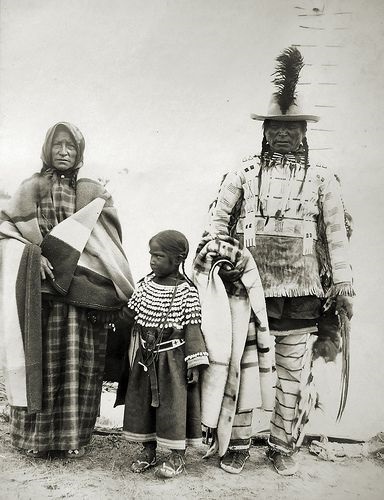 In 1916, people got their information about American Indians from “shows” (both stage shows and arena productions), the print media (books, magazines, and newsletters), and museums. In addition, there were interest groups which sought to increase the understanding of American Indian histories and cultures.

In New York, Cherokee entertainer Will Rogers began to headline at the Ziegfeld Follies. He presented a roping routine with a satirical narration. At this time, he was one of the most popular entertainers in vaudeville.

A wild west show featuring Buffalo Bill and the 101 Ranch Shows was organized. According to the program:

“Col. Wm. F. Cody (Buffalo Bill) actively participates in the military maneuvers as well as in the battle between United States cavalrymen and a band of Indians led by the famous Sioux, Chief Iron Tail, which is a stirring feature of the exhibition…He is accompanied by over a hundred Sioux and other Indians, with their squaws and papooses…”

Seneca anthropologist Arthur Caswell Parker published The Constitution of the Five Nations which includes a series of documents describing Deganawida and Hiawatha and the founding of the Iroquois Confederacy. Parker argued that the Iroquois governmental system is “the greatest ever devised by barbaric man on any continent.”

Lucy Thompson (Che-na-wah Weitch-ah-wah), a Klamath/Yurok from California, self-published To the American Indian. In this book she argued that she was in a better position than any other person to tell the true facts of the religion of her people.

To further his crusade against the Bureau of Indian Affairs, Dr. Carlos Montezuma (Yavapai-Apache) began to publish a newsletter called Wassaja. In the first issue, he explained the purpose of the newsletter:

“Its sole purpose is Freedom for the Indians through the abolition of the Indian Bureau.”

“The Indian Bureau is like an old, worn out horse, perhaps quite a nag in days gone by. The horse is now past his day. He limps, has the heaves, is blind, cannot hear a single sound, BUT HE CAN SMELL THE OATS.”

A devout Baptist, Montezuma wrote about the Christian churches:

“The churches have acted as though the Indian race had the small-pox…If Christ came into the world He would tear down the barriers of the reservation.”

In Arizona, George and Helen Hunt donated 85 Western Apache and Pima baskets to the Arizona State Museum. One of the unusual pieces in the Hunt collection was a Pima coiled basket featuring woven letters spelling out Arbuckles in reference to Arbuckles’ Coffee, the “coffee that won the West.”

In Iowa, the Society of American Indians (SAI) met in Cedar Rapids. Only 28 delegates attended. Dr. Carlos Montezuma criticized the American Indian Magazine, Indian Day, and the SAI failure to take action against the Indian Bureau. At one point, Montezuma shouted at Sherman Coolidge, the SAI president:

“I am Apache, and you are an Arapahoe. I can lick you. My tribe has licked your tribe before”

Coolidge, who was significantly larger than Montezuma, simply replied: “I’m from Missouri” and laughter diffused the tension.

Explaining Indians in the 19th Century