Surely, any reasonable person would say that, no, there are no reasonable arguments against these kind of assertions.  Nevertheless, there are arguments that exist about certain aspects of these assertions, such as, what the “broader society” is; what a healthy sense of being within that context appears to be; how much time, in what place, and in what way adult guidance occurs; how much of the work of raising children the job of the school system is.  And in a world of finite resources, the debate swells over how much is affordable.

It appears that the State of Arizona and the United States have concluded that not much is affordable and therefore, given the immensity that the task of educating all the children is, the economical route of one-size-fits-all mass indoctrination must be followed.  This direction is no more apparent than in the case of Arizona’s new English Language Learner (ELL) directives to all the State schools.

The loudest voices kept clamoring for English-proficient citizens that can competently read and write in the official language of the US.  Again, there is a very strong argument for English competency for citizens to function in the broader society.  According to these loudest voices, however, nearly two-thirds of a child’s school day must be spent meeting this societal need- apparently at the expense of addressing the other diverse childhood needs.  For nearly two-thirds of a child’s school day to be spent exclusively in an ELL pullout program is an extremely unwise monopolization of time, and yet another example of socialization into mainstream society at any cost- even one’s chance at a well-rounded childhood within the context of their own community.

For predominantly Native communities particularly, Arizona’s new ELL policy is a throwback to the “bad old days” when schools operated under the philosophy of “Kill the Indian, Save the Man”, only with a new twist:  instead of sending the children off to a boarding school environment, the State is bring the boarding school environment into the public school districts.

This may or may not be a case of intentional cultural genocide, but such a complete indifference by State officials to all the other diverse needs of growing children smacks of tyranny to the Native people who have been still struggling to recover from past efforts at eradicating their way of life.  It violates the civil rights of children. It violates existing federal and state laws concerning civil rights, and those of Native people in particular.  It violates the professional educational concept of best practices (pdf).  And, it violates my right as a teacher in a Native community to express myself professionally according to all of the above rights of the community and its people.

Worse, and so ironically because it is unintentional collateral damage- surely unforeseen- is the growing number of professionally-trained teachers, who, upon being obliquely told that all their years of hard work, study, and experience have been essentially a waste of time, leaving the teaching profession, as the “one size fits all” ELL mandate, along with an increased dependence on programmed, scripted learning programs, have taken over the school systems.  Rural areas are now experiencing a chronic lack of teachers.  Prospective teachers are taking one look at the current state of educational opportunities and are just turning and walking away, shaking their heads in shocked astonishment.

It is one thing to provide ELL resources to schools, to promote ELL best practices, to offer incentives for districts that are ably moving forward, and/or to create demonstration schools as models for success.  However, Arizona is doing little of that.  Instead, it is dictating a time segment of every day for an ELL pullout program.  And it is not just for one period per day; not just two or three periods per day.  It is for four periods a day, at least half a school day for most public schools.

A personal experience here:  I spent three years obtaining the 26 credits- nine courses- necessary for an English as a Second Language (ESL) endorsement on my teaching certificate, all while working full-time in the classroom.  It was a lot of work, costing hundreds of dollars, but I proved I was able to succeed in an ESL classroom.  Now, I am being told that all the coursework and years of experience count for nothing.  My ELL students will be pulled out of my classrooms, separated from their classmates, preventing my chance to teach to them, preventing  their chance to learn from me, creating likely social divisions and other stigmas within the student body, and potentially shattering the entire community as a result.

Is there a more pertinent example of cultural genocide than that?  Similar effects were the results of the boarding school days of time gone past.

Young people suffer compulsory education during school, then grow up to find themselves lost upon graduation.  Human vices prevail for far too long and for far too many people in a shattered community.  Elders want to help, but the children are all herded into schools, sequestered within a permanent soft lockdown environment, mostly inaccessible to their own community during school hours.  People are dying to share their years of accumulated wisdom with the children, but with rare exceptions are being prevented from doing so in any kind of structured way within the school system.  Then along comes another state and federal mandate that monopolizes the available time in a child’s day and narrowly restricts what can be taught, how it is to be taught, who can teach it, and what defines success. 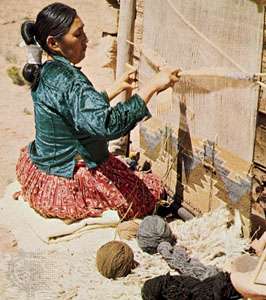 In some contexts the label ELL is a sign of a language deficiency in a child.  However, in a Native culture, and in other contexts, ELL is an indication of hope that a child is still being raised in a strong, Native cultural environment.  Laws mandating fixed hours of ELL instruction are crushing that hope, as if grinding Native cultural aspirations under the heels of jackbooted thugs, more interested in producing compliant workers serving powerful moneyed interests rather than informed citizens capable of succeeding in life, and making valuable contributions to their own communities.

Those who would put their ideology over others are practicing a modern version of Manifest Destiny.  This is what is going on in public schools in Native communities.  Indigenous languages are being lost at an alarming rate.  Native people do not wish to lose their language.  When language is lost, cultural practices and traditions follow.  Native people want to retain their culture, not lose it.

As a teacher, I have met with hundreds of parents, the overwhelming majority of who are Native people.  Did any of our legislators even attempt to listen to these parents as they were writing this ELL law?  I can say with complete confidence that these parents all want their child to succeed, whether in their own community, or somewhere else in the “culturally foreign” world.  In fact, they want both.  Instead, they are continually facing hubris-saturated legislated opposition to their legitimate wishes.

What the Arizona legislature fails to realize is just how pathetic the State’s school system is in the eyes of not only these parents, but also in the eyes of educators everywhere.  They fail to realize the consequences of their education legislation in terms of financial cost as well as social cost.  The culturally oppressive mandates of the Arizona legislature serve to reinforce the imperialistic roots of the English-speaking power elite in this state.  The reasoning for English-only laws and ELL rules in the classrooms falters in the presence of best practices, further reinforcing its racist nature.  Whenever the spectre of racism is invoked, policymakers vehemently deny it is the motivation behind their policies.  Yet to an oppressed culture, there is little difference between overt racism and the de facto racism these policies engender.

And make no mistake, ELL policies that monopolize the time children must spend learning English only are culturally invasive, by definition.  It is one thing when an invasive plant or animal (think zebra mussel) takes over a piece of the natural landscape.  But humans are supposed to be able to do better.  History is full of examples of when people do better.  Sadly, this is not one of those times.  The rationale of Manifest Destiny looms again, conveniently obscuring a gross violation of the civil rights of an oppressed people.  In the face of historical facts, how can anyone be okay with that?

Where is the data that even hints that the Arizona ELL laws are anything but a miserly, money-saving response to the Flores decision (pdf)?  How cynically unfair is the attitude behind legislation that sells out Dine’ and other cultures just to save a buck, and then congratulates itself for being so thrifty!  There are certainly plenty reasons to be thrifty- it is a virtue, after all- but the real truth is that per pupil costs in Arizona (pdf) reflect more than thriftiness.  Per pupil costs in Arizona sadly also reflect a violation of civil rights of minorities, as shown through the ELL laws.

For the past 13 years, I have had the honor to live and teach in Navajoland.  It is a responsibility that I do not take lightly.  The patience of the people helped me to understand their culture, their community, their hopes and dreams, as well as their expectations for me as a teacher.  The people of Navajoland do not expect me to replace their culture with my own, although they do expect me to prepare their children to participate in the greater (though not necessarily better) society.  There is a difference.  An educational policy that dictates to a community how much time every day is spent in an ELL pullout program is an example of the former.  It not only elbows out community standards, it presumes to judge the community’s culture on that basis.  This is prejudice.  Again, the Dine’ people have acknowledged, all the way back to the days of Manuelito and Barboncito, the importance of public education for their children.  In Navajo culture, prejudice is disrespectful.  What is it today in the greater society of Arizona?

Why is disrespect for Native cultures considered a necessary evil in today’s society, as it was in the boarding school days?  How much longer must we labor under the philosophy of “Kill the Indian, Save the Man”, that was so zealously followed in the past that entire tribal cultures were destroyed in the process?  Make no mistake about it:  Such an attitude is not only disrespectful, it is genocidal.  This is the shameful legacy we Americans must endure, but surely not prolong.  To follow such a policy toward Native people, and then be in denial about its racist and prejudicial basis bespeaks of indifference, uncaring, cynicism, and disrespect that is hardly any more virtuous than the overt racism of an earlier time.  It is still wrong, and it is astonishing to me how the the ELL policies that are an outgrowth of this attitude(pdf)” became law in this, the twenty-first century.

If, in fact, the Arizona legislature is sincere about supporting English education in public schools, they would assign their aides the task of reviewing and summarizing for them the professional literature on ELL best practices.  They would establish their own set of standards concerning bills that would correctly address civil rights issues in the lawmaking process.  They would stop calling their lack of fiscal support for public education a virtue, and they would learn to work with Native, and other minority, cultures in a way that benefits all, rather than solely the business community’s need for cheap, urban labor.