The popular histories of Indians often focus on the many Indian wars, often fought in the Southwest or on the Great Plains. In 1907, the War Department officially enumerated 1,470 incidents of military action against American Indians between 1776 and 1907. According to the War Department, only two of these actions have the formal status of “war” under U.S. Army terminology: the 1877 Nez Perce War and the 1878 Bannock Indian War.

One of the Indian wars which is often overlooked in the popular histories did not take place in the west, but in the South, more specifically in North Carolina. The Lowry War is one part of the story of complex race relations in the South.

In the era leading up to the Civil War, the economy of the American South was based on plantation agriculture which was supported by slave labor. As a consequence, the South was segregated along so-called racial lines into “White” (the Euro-American slave owners) and “Black” (slaves, primarily of African descent). American Indians really didn’t fall into either category and consequently were (and still continue to be) a troubling enigma for the racially conscious South. Indians were sometimes slaves, and many were also slave-owners. During the 1830s, Southerners, together with the federal government, attempted to solve their “Indian” problem by removing all Indians from the region. However, not all Indians left.

In the racially divided South, there was a tendency to classify Indians as “free people of color,” thus grouping them with Blacks racially, but recognizing that they were not slaves.

In 1861, the South entered the Civil War. In North Carolina, “free people of color” (meaning Indians) were conscripted to build Fort Fisher on Cape Fear to protect the Confederate port of Wilmington. Conscription was viewed as military service and therefore those who resisted or fled were to be shot for desertion. 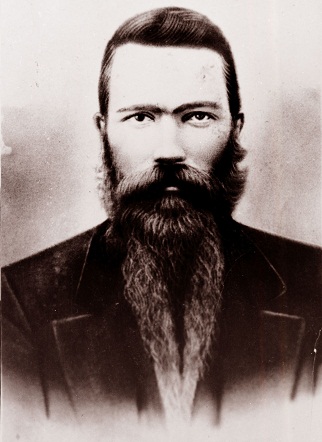 The Lumbee resisted North Carolina’s attempts to conscript them and many hid in the swamps to avoid authorities. The North Carolina Home Guard retaliated by burning Lumbee homes and stealing their property. Thus began the Lowry War in which Henry Berry Lowry led the Lumbee along with some blacks and non-Indians in a fight against the Confederacy in Robeson County.

The Lumbee did not simply avoid conscription officers, but actively fought against them. In 1865, Henry Berry Lowry killed a recruitment officer who had killed several of Lowry’s relatives. The North Carolina Home Guard then invaded the Lowry homestead, killing his father and his older brother. In response, Henry Berry Lowry and his followers raided the courthouse in Lumberton. They seized a large number of modern, breech-loading rifles destined for the local militia.

The little band then started a series of raids against upper class land owners. The band often showed up to plunder in the early evening and, posting a guard, would politely dine with their hosts before taking the goods.

In one incident, the band was ambushed by the local militia. When the band counterattacked, the militia fled. The band then stole the safe from the sheriff’s office and another one from a large store. They left both safes open and empty on the main street of Lumberton.

In 1865, Henry Berry Lowry married Rhoda Strong. In the midst of the wedding feast, the local militia invaded and Lowry was taken prisoner. However, he soon escaped from jail, enhancing the legend of his invincibility. Among local people, particularly Indians, Lowry was seen as a a shape-changer; a culture hero who could not only change his own shape, as legends and contemporary accounts illustrate, but who changed the shape of a whole people.

The Lowry War ended in 1872 when Henry Berry Lowry disappeared and what was left of his group disbanded. Following his disappearance, Henry Berry Lowry was rumored to have been seen in New Mexico. Other rumors had him accidently shooting himself with the implication that no one else had the power to kill him.

One of the tangible legacies of the Lowry War was official acknowledgement that the Lumbee were Indians. Southern culture was-and still is-biracial: it sees only two races, white and black. Southern culture has had difficulty with the idea that “people of color” could wage a war for more than a decade. Therefore, North Carolinians preferred to regard the conflict as an Indian War and its protagonists as Native.

Indians & Race in the South After the Civil War

American Indians and the Civil War