The United Nations Permanent Forum on Indigenous Issues has released a report which looks at the roots of the Christian domination over indigenous peoples. Forum member Gonnella Frichner, an attorney and member of the Onondaga Nation, indicated:

The first thing indigenous peoples share is the experience of having been invaded by those who treated us without compassion because they considered us less than human.

The central theme of this Christian domination has been the Discovery Doctrine. 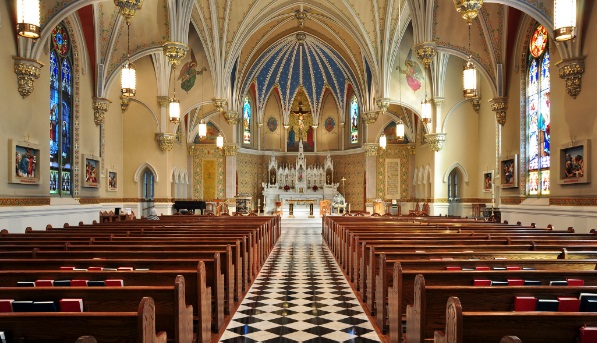 In 1455, the Catholic Pope issued a papal bull, Romanus Pontifex, which sanctified the seizure of non-Christian lands and encouraged the slavery of natives.

In 1500, the Spanish began using The Requirement, a document which stated that God has declared that the Pope rules all people, regardless of their law, sect, or belief. The Spanish explorers were to read the document to all non-Christian people they encountered and ask them to come forward of their own free will to convert to Catholicism or

The requirement was drawn up by Palacios Rubios, Spain’s master jurist, and provides the legal basis for the Spanish conquest of the Americas. All Spanish expeditions were required to carry a copy of the document.

The idea of a “just war” is based upon the word of Saint Augustine. Under this concept, a just war was one that was waged to right an injustice or wrong by another nation. One of these wrongs, according to the Christian view, was not being Christian. Thus, if an Indian nation were to fail to let missionaries live and preach among them, then they were committing a “wrong” which would have to be set right through a “just war.”

In 1529, Pope Clement VI wrote to King Charles of Spain:

“We trust that, as long as you are on earth, you will compel and with all zeal cause the barbarian nations to come to the knowledge of God, the maker and founder of all things, not only by edicts of admonitions, but also by force and arms, if needful, in order that their souls may partake of the heavenly kingdom”

The Discovery Doctrine as U.S. Law:

When the United States came into existence in the late 18th century, it simply followed the precedent of the English. Since the English, as a Christian nation adhering to the Doctrine of Discovery, had assumed that it had a right to rule over Indian nations, the United States simply assumed that it had acquired this same right with independence. There was no question in the minds of the founders of the new country that they had a legal and moral right to govern the Indian nations within “their” territory and, in fact, to assume that Indian territory was “their” territory.

In 1823, in Johnson and Graham’s Lessee versus McIntosh the Supreme Court found that the Discovery Doctrine gave sovereignty to England and then to the United States. Indian tribes, under this Doctrine, have a right of occupancy to the land. Christian nations, such as England and the United States, have superior rights over the inferior culture and inferior religion of the Indians. According to the Court:

“The tribes of Indians inhabiting this country were fierce savages, whose occupation was war, and whose subsistence was drawn chiefly from the forest. To leave them in possession of their country, was to leave the country a wilderness.”

Indian nations, according to the Supreme Court, have been compensated for their lands by having Christianity and civilization bestowed upon them.

Steven Newcomb, Director of the Indigenous Law Institute, writes of the legal doctrine expressed in McIntosh:

“Based on this bizarre theory, our very existence as Indians is now assumed to be subordinate to, ruled by, and possessed as property by, the political and legal successor of the first Christian ‘discoverers,’ namely, the United States.”

The Discovery Doctrine is the legal foundation for American Indian law in the United States.

In 1954, the U.S. government, in the case of Tee Hit Ton, argued before the Supreme Court that under international law Christian nations can acquire lands occupied by heathens and infidels. The Tee Hit Ton, a Tlingit clan, were seeking to recover damages from timber taken by the United States from Indian-occupied lands. In their response the United States attorneys not only cite Johnson v McIntosh, but also the Papal bulls of the 15th century and the Old Testament from the Bible.

The Supreme Court once again affirmed the Discovery Doctrine as the foundation for the supremacy of the United States government over Indian nations. The court denied compensation and asserted:

“No case in this Court has ever held that taking of Indian title or use by Congress required compensation.”

In its finding, the Court viewed the Indians as nomads who have not developed the land:

“The Tee-Hit-Ton were in a hunting and fishing stage of civilization, with shelters fitted to their environment, and claims to rights to use identified territory for these activities as well as the gathering of wild products of the earth.”

“Under the ‘doctrine of discovery,’ fee title to the lands occupied by the Indians when the colonists arrived became vested in the sovereign-first the discovering European nation and later the original States and the United States.”

Kuriakose Bharanikulangara, the observer for the Holy See, responded to the report by saying that the Papal Bulls had paved the way for European expansion. He insisted that the Church had upheld the rights of indigenous peoples to their ancestral lands, regardless of whether the inhabitants were Christian or not.

It’s Always About The Land, Isn’t It?