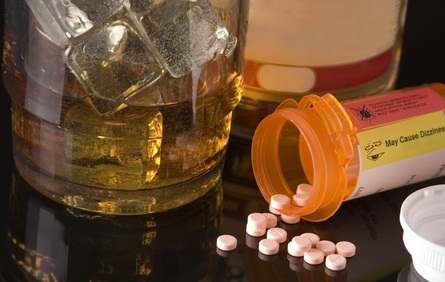 Alcoholism and drug abuse are major Indian problems both on the reservations and in the urban Indian communities. The most traditional non-Indian approaches to dealing with these diseases-Alcoholics Anonymous and Narcotics Anonymous-are spiritually based in the European Protestant Christian tradition. While these approaches do work, they often do not correspond well with Native cultures and Native-based spirituality.

Wellbriety is a movement which seeks to break the cycle of hurt caused by alcoholism with an emphasis on Native spiritual traditions. Wellbriety has incorporated parts of the approaches of Alcoholics Anonymous and Narcotics Anonymous into a kind of pan-Indian spirituality based largely on modern Lakota spirituality. They state:

“The good healing ways of the 12 Steps can be blended with our traditions in many different activities.”

Wellbriety views the Medicine Wheel as a circle of teaching that explains that anything growing is a system of circles and cycles. One of these is the cycle of seasons: spring, summer, fall, and winter. Another is the cycle of life: baby, youth, adult, elder. On a personal level, the four directions of human growth are emotional, mental, physical, and spiritual.

The Wellbriety Medicine Wheel begins by facing the East: Finding the Creator. The East, the direction of the rising sun, involves three steps:

Step One: Honesty. We admitted we were powerless over alcohol-that we had lost control of our lives.

Step Two: Hope. We came to believe a Power greater than ourselves could help us regain control.

Step Three: Faith. We made a decision to ask for help from a Higher Power and others who understand.

This is followed by facing South: Finding Ourselves. South is the direction when the sun is spreading its warmth and powers to help each plant and bird to personally grow. The steps which come from the South are:

Step Five: Integrity. We admitted to the Great Spirit, to ourselves, and to another person the things we thought were wrong about ourselves.

Step Six: Willingness. We were ready, with the help of the Great Spirit, to change.

Step 7: Humility. We humbly asked a Higher Power and our friends to help us to change.

Step 8: Forgiveness. We made a list of people who were hurt by our drinking and want to make up for these hurts.

Step 9: Justice. We are making up to those people whenever we can, except when to do so would hurt them more.

Step 10: Perseverance. We continue to think about our strengths and weaknesses and when we are wrong we say so.

Step 11: Spiritual Awareness. We pray and think about ourselves, praying only for the strength to do what is right.

Step 12: Service. We try to help other alcoholics and to practice these principles in everything we do.

According to the Wellbriety movement:

“Placing the 12 steps in a circle also helps us to realize that all 12 of these great principles for recovery are interrelated and interconnected. Think of the 12 steps placed around the outside circle of a dream catcher.”

Wellbriety summarizes the Medicine Wheel with the cycle of healing:

East: Recognize means I finally accept the fact that I am powerless or helpless over my addiction and my life is unmanageable.

South: Acknowledge means I am ready to do the hard personal work to allow what I recognized to actually come in and change me.

West: Forgive means to finally take off the backpack full of harms and hurts that I have been carrying around.

North: Change means that I stop doing all the negative behaviors that were associated with my drinking and drugging.