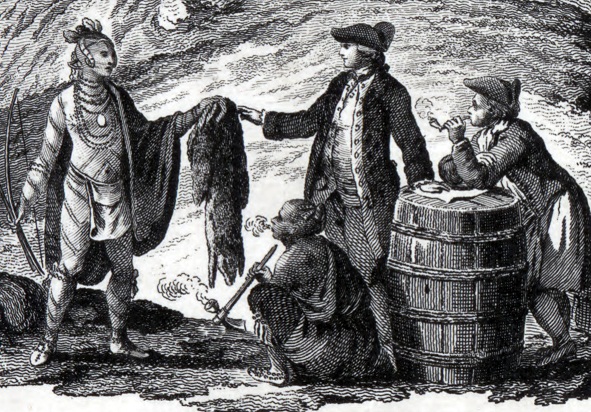 One of the most common stereotypes about Indians is that of the drunken Indian, a reflection of a higher rate of alcoholism among Indians. While there are many who feel that Indians are biologically or genetically incapable of consuming alcohol in a “normal” fashion, research on alcoholism generally does not bear this out. The persistence of the idea that Indians metabolize alcohol differently and therefore get drunk on less alcohol and are therefore more likely to become alcoholic is based on the drunken Indian stereotype rather than on any scientific research on the etiology of alcoholism.

Another common misconception is that Indian people did not have alcohol until the European invasion. While most Indian cultures did not include alcohol, there are some notable exceptions. Both the Tohono O’odham and the Apache, for example, produced alcoholic beverages long before the coming of the Europeans. The use of alcohol in these cultures, however, was generally ceremonial rather than social and as a consequence there is no evidence that it resulted in alcoholism.

Indian people learned to drink European alcohol such as rum from people who were not “normal” drinkers. That is, the early frontier Europeans – the traders, the trappers, the explorers – were often social rejects in their own society. Many were alcoholics. The drinking pattern which they taught Indians was not the polite social drinking of upper class European society, but rather it was the alcoholic model of the lower classes. Indians learned from these people that the purpose of drinking was to get drunk and drunkenness was to be expressed in violence and anti-social behavior.

On the other hand, there were those who were against the use of alcohol by Indians. Many traditional leaders, seeing the damage created by alcoholism, have called for a return to traditional ways, ways which did not include alcohol.

In 1832 the United States passed a law which states: “No ardent spirits shall be hereafter introduced, under any pretense, into the Indian country.” This total prohibition applied to traders and non-traders and allows no exception. During the next century, numerous laws – federal, state, territorial, and local – attempt to stop Indians from being able to obtain or consume alcohol.

The prohibition against Indian drinking continued into the twenties century. For example, in 1948 Congress passed legislation which allows Indians to use alcohol only for mechanical, scientific, or medicinal purposes.

In 1953 Congress ended the prohibition against selling alcohol and firearms to Indians. The tribes, with the approval of the Secretary of the Interior, were allowed to regulate the introduction of alcohol into Indian Country. As a result, there are some tribes which allow alcohol to be sold, possessed, and consumed on the reservation, while there are others that prohibit alcohol.

There are some who feel that the high rate of alcoholism and the high number of deaths which are alcohol related are a direct consequence of the federal prohibition against alcohol. This prohibition did not allow Indian cultures to develop their own norms for the use of alcohol.

Alcoholism is one of the most serious health concerns among Indians today. The death rate from alcoholism is often underreported for alcoholic death can be manifested in liver disease as well as in homicide, suicide, and death by accident and misadventure. In addition, alcoholism impacts children in the form of Fetal Alcohol Syndrome (FAS) and Fetal Alcohol Effect (FAE).

To combat alcoholism, treatment programs and education are needed. To be effective, however, these programs need to be culturally relevant. Alcoholics Anonymous (AA), for example, is generally viewed as an efficient treatment program for alcoholism. AA developed to meet the needs of middle class English-speaking alcoholics and tends to be most effective among Indians who are highly assimilated into American culture. When modified to reflect Indian values and language AA becomes more effective among Native Americans.

One example of an effective approach to dealing with alcoholism in American Indian communities is the Red Road to Wellbriety.

On many reservations and in some urban areas, there are traditional ceremonies – such as the sweat lodge and the Sun Dance – which combat alcoholism through abstinence. In addition, many powwows are “alcohol-free” and promote abstinence and sobriety. These traditional approaches appear to be making inroads against alcoholism.