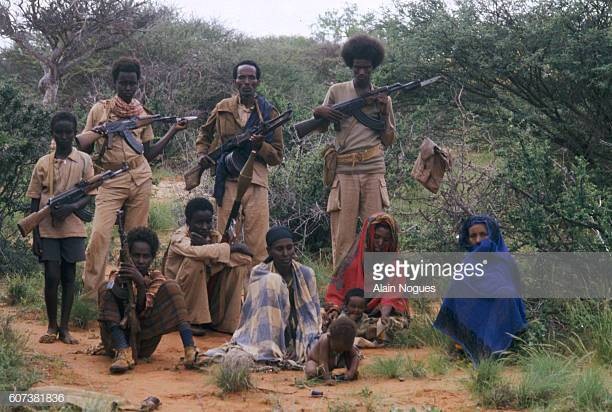 In 1836 the Indian Liberation Army was created under the leadership of General Dickson (also known as Montezuma II). Dickson, the Métis son of the British fur trader Col. Robert Dickson. His basic plan was to lead an expedition west across the Great Lakes and to the Red River area of Saskatchewan, gathering supporters as he traveled. Then, the army would turn south, capture and plunder Santa Fe (which was then a part of Mexico), and finally journey west where they would capture California. In California, the plan was to establish an Indian government (or perhaps an Indian monarchy, Dickson is a little unclear on this). In California, the new government would prohibit all without Indian blood from owning land. This was the idea that General Dickson  promoted in Montreal and other cities in Eastern Canada.

Those most receptive to General Dickson’s message were the Canadian Métis (primarily the sons of Scots fur traders and their Indian wives) and the Cherokee who had been forced from the homelands in the American southwest. A number of Métis sons of North West Company and Hudson’s Bay Company fur trading partners soon joined the expedition:

John George McKenzie, the Métis son of Sir Alexander MacKenzie, was known to have a grudge against the Hudson’s Bay Company and probably saw the expedition to the Red River as a way of getting revenge against the company. McKenzie persuaded his step-brother Charles McBean to join the effort.

John McLoughlin, Jr. was the son of Chief Factor John McLoughlin. He had studied medicine in Paris and at McGill University in Canada. He was known for his extravagant living which often caused quarrels with his uncle Simon Fraser. He had applied to enter the Hudson’s Bay Company but had been refused by Governor Simpson.

Alexander Roderick McLeod, Jr. was the son of one of the Chief Traders of the North West Company.

When the Indian Liberation Army left Buffalo, New York, it had about 60 members. When they reached Sault Ste. Marie nearly a month later, there were only 20 members left. Desertion and sickness had taken its toll. One of the major losses to the party at this time was that of John George McKenzie who became sick.

At Sault Ste. Marie the newspaper took notice of the small band of “pirates of the lake.” Hudson’s Bay Company Chief Trader William Nourse became concerned as the expedition did not have a sanction to pass through Company territory. In addition, there was the concern that the Indian Liberating Army might create unrest among the Métis. After some investigating, Nourse concluded that the expedition would probably “go up in smoke” and concluded that they were harmless.

When the “Army” reached the Red River area of Saskatchewan there were only 11 members left. General Dickson vanished to the south.

The Hudson’s Bay Company, concerned that John McLoughlin, Jr. might cause problems, hired him as a clerk and surgeon. He then joined his father and brother in the far west. A few years later he was murdered by the men of his post. Governor Simpson presumed that he had brought the murder upon himself by his misconduct.

Alexander Roderick McLeod, Jr. was also hired by the Hudson’s Bay Company as an apprentice clerk. His Company career was soon cut short because of sexual misconduct. He left Canada, living for a while in Minnesota, and later joined the Union Army during the Civil War. He died of disease during the War.

Charles McBean returned to live with his father in eastern Canada.

John George McKenzie, who had left the “Army” at Sault Ste. Marie, soon died of his illness.